LORD Sugar has spent his Christmas analysing EastEnders – announcing tonight that Linda Carter is to blame for Keanu Taylor’s shooting.

The 72-year-old Apprentice businessman revealed he had cracked the mystery over the lad’s disappearance, telling fans he never misses an episode.

The Lord is one of many fans who believe Linda got forced to wield the gun used in the shooting of Keanu after she was seen cleaning blood from her shoe in last night’s episode.

She went on a Christmas Day booze bender that was never shown, with many insisting Martin Fowler found her and made her pull the trigger.

Lord Sugar has been answering fan theories on Twitter – and even arguing with the official EastEnders account by insisting Keanu is alive.

He tweeted: “I say Keanu is not dead” to which the BBC replied: “The evidence says otherwise…”

In true Apprentice boardroom style, he snapped back: “Show me the dead body not a video on Martin’s phone.”

The star later replied to a fan who told him: “Linda is now involved too clearly, she knew what had gone on while she was gone when clearly Mick was in no state to tell her.

“And shes got blood all over her shoes, think she ended up amongst it on her drunk wanderings x.”

He said: “Excellent – give the lady a script writing job.”

DEAD IN A DITCH

Lord Sugar then told another fan: “You have to watch Linda was desperately cleaning her shoes in the last episode.”

He also referred to the Christmas Day episode, asking: “But what was martin Burning in the last shot?”

READ  Saturday Night Live: Daniel Craig reprises his 007 character even as No Time To Die is delayed

The star earlier rebuked a fan who tweeted him saying: “Like you watch EastEnders.”

Lord Sugar hit back: “I watch every Episode even when I am in the USA.” 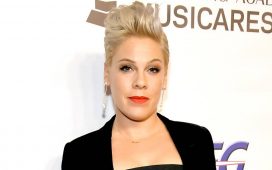