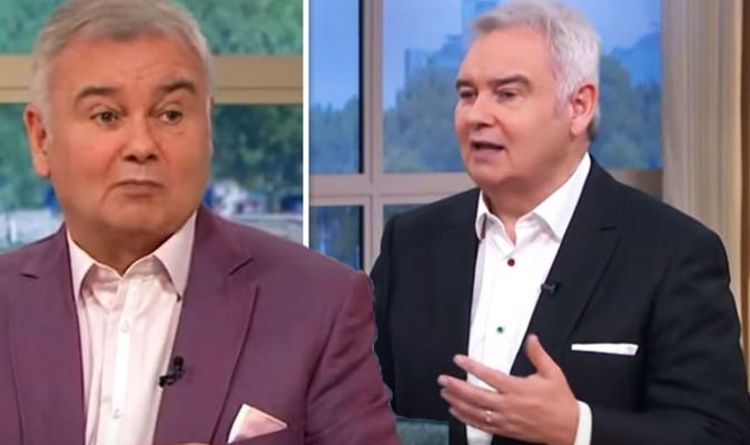 This Morning presenter Eamonn Holmes, 61, has asked his fans for their forgiveness as he admitted to being “very bad” at responding to their well-wishes after he revealed he is going to welcome his first grandchild. The star announced that he is set to become a Grandpa in July in an emotional reveal on This Morning.

Taking to Twitter, the ITV host apologised to his one million fans for ignoring their comments of support.

He wrote: “I have been very bad at answering and acknowledging so many ‘Grandpa’ good wishes today.

“Please forgive and understand how draining and debilitating this Back pain I’m suffering is.”

It comes after Eamonn revealed that his chronic pain is making him feel exhausted.

A second also vented the frustrations while congratulating the star: “Thought Eamonn Holmes was gonna retire or something… he’s gonna be a grandad? Great news but very badly worded… #ThisMorning.”

The ITV host has been open about his battle with chronic pain over the last few weeks.

The husband of presenter Ruth Langsford, 61, previously told fans how he’s having physio at 4.30am before his hosting duties to help alleviate the pain.

He also revealed that he’s resorted to having cold water showers which help to lift the “brain fog” he’s been experiencing as a result of the chronic pain.

Weeks ago the ITV favourite worried fans when he revealed that he was in hospital having scans done.

However, because of the Easter holiday, the star said he would only be given a diagnosis days after the break had ended.

Last week, the presenter promised that he wouldn’t let his pain stop him from presenting the ITV daytime show.

He has also promised to use his platform to raise awareness of chronic pain as a condition.