My wife Clare and I are locked away in a small room — just nine paces by four — with a guard outside to make sure we don’t come out.

We’re not allowed visitors and lukewarm meals are delivered in brown paper bags three times a day (7am, midday and 5pm), with fresh linen and towels left outside the door once a week.

We’re not in jail, though it might sound like it, but enduring a fairly extreme form of lockdown in Australia, where we’ve come to make a documentary series for Australian television. 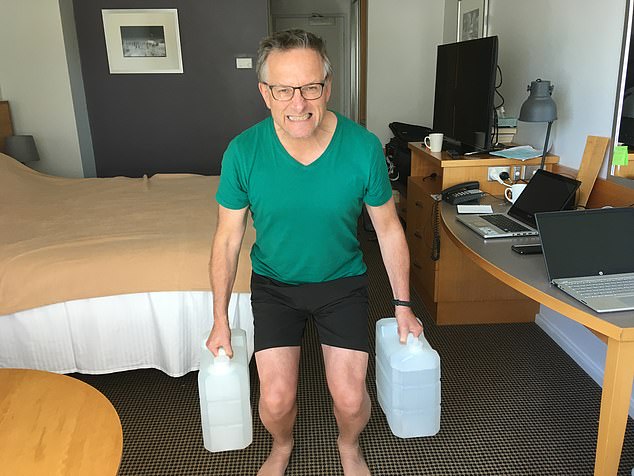 I use a free app called 7 Minute Workout, which offers a high-intensity interval training (HIIT) programme with 30 seconds of exercises, such as squats with a ten-second breather. To make these exercises more challenging I use the water bottles we’ve been given as weights (each is about 20lb when full). Then I have a cold shower

To keep Covid under control, Australia requires any arrivals to spend two weeks in total quarantine.

And so after landing and going through customs, we were put on a bus with fellow passengers and escorted by the police to a hotel. While we’re not actually locked in, we can’t leave our room.

None of the windows open and our ‘view’ is of the back of a nearby building, with tantalising glimpses of a river behind it.

(A day after arriving we were tested for Covid by someone who arrived at the door in full PPE and a cheery: ‘Hi Dr Mosley, welcome to Australia, are you here to make a doco?’. We’ll be tested again before being allowed to leave.)

When we first entered the room, my heart sank. It’s OK for a night or two. But two weeks? I suffer mildly from claustrophobia and there have been times when I’ve had a powerful urge to open the door and run past the guard. Having Clare here has been a huge help, and now we’re on the home stretch.

I’m trying not to count down the days, but take them one at a time. And, at least, we know when this all ends (only five days to go!). 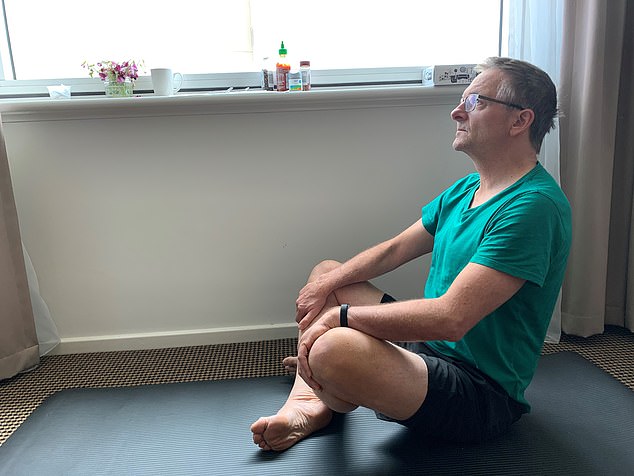 As the UK goes into a second national lockdown, I worry that for many it will be even harder on their mental and physical health than last time, not least because instead of having summer to look forward to, the weather will be colder and wetter.

However, there are things you can do to keep your body and mind in the best shape possible. It’s also worth remembering that a vaccine is coming and this will be a big step towards normality. There is hope.

But, in the meantime, what Clare and I have learned from our extreme lockdown is that the way to stay sane is to accept that life will be difficult for the foreseeable future and to create a daily routine to maintain good health.

A priority is to get enough light. Daylight, in particular, has a big impact on your sleep/wake cycle: if you’re not getting enough light, you’ll feel hungry, moody, and struggle to sleep.

Go outside as often as you can. Even if it’s rainy or overcast, you’ll be exposed to at least 1,000 lux (a measure of light intensity), enough to help reset your sleep/wake cycle.

You could also invest in a 10,000 lux light box — give yourself a 20 to 30 minute blast first thing, or during the day when you feel down (not at night as it will keep you awake).

Using the free light meter I’ve downloaded onto my phone, I’ve established that the light in our room is about 300 lux up against the window, but only 150 lux a couple of feet into the room.

As I forgot to bring my light box, to maximise our light exposure, Clare and I moved our table right by the window and we spend as much time as possible pressed against the glass, gazing wistfully outside — this also gives us a bit of a view: studies in hospitals have shown that patients with a view, particularly of greenery, recover faster.

Another great mood-booster is music. Research suggests classical music is calming, while heavy rock makes you aggressive, but it very much depends on your personal reaction. 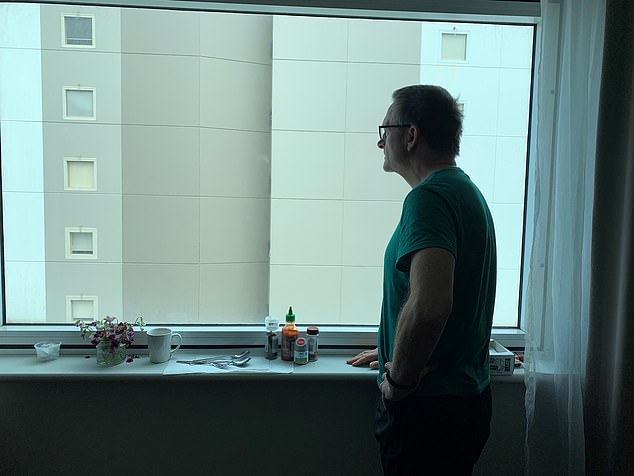 We’re not in jail, though it might sound like it, but enduring a fairly extreme form of lockdown in Australia, where we’ve come to make a documentary series for Australian television

Country music, with its often downbeat lyrics, is supposed to be depressing, but we’ve found a channel that plays it endlessly and are thoroughly enjoying it. (Gloria Gaynor’s I Will Survive also always lifts my spirits.) Keeping moving is also vital.

I’m a fan of brisk walking, but doing it in a room just nine paces long, and which contains a large bed, a desk, a table and two chairs, is challenging. My goal is 10,000 steps a day, which I manage to do with intense, 20-minute bursts.

I use a free app called 7 Minute Workout, which offers a high-intensity interval training (HIIT) programme with 30 seconds of exercises, such as squats with a ten-second breather.

To make these exercises more challenging I use the water bottles we’ve been given as weights (each is about 20lb when full). Then I have a cold shower.

I’ve never been keen on these, but with research suggesting that just a 30-second blast can boost mood and immunity, I stand there, gritting my teeth. (Start with 10 seconds and build up.)

Keeping in contact with family and friends is hugely important. I’m lucky I have Clare with me, but we also allocate regular times to check in with those in the UK. Do reach out to anyone you know who’s alone: it will make them feel better and help your mood, too.

Is the Australian approach to Covid — closing their borders and ruthlessly suppressing any outbreaks — the right one? For them, probably.

After an unprecedented hit to the economy (which shrank by 7 per cent) employment is now bouncing back, and with fewer than ten new cases a day (mainly people entering the country), it’s clearly working.

In the UK, which has much closer links to the rest of the world and a far larger population crammed into a much smaller area, I can’t see this would ever have worked.

For 200 years, 98.6f (36c) has been regarded as the ‘normal’ body temperature, based on tests carried out by the German physician Carl Wunderlich.

And now a study of the Tsimane, an indigenous people from the Amazon, has shown that their temperature has been dropping by around 0.09f every year for the past 16 years. This ‘cooling’ may be a good sign.

Our temperature rises to combat infections (bacteria and viruses don’t like it hot) — this fall could mean we’re healthier and not prone to continual infections as our ancestors were.

I am fond of beetroot, a vegetable the Romans claimed is an aphrodisiac, though I’ve never found it so.

Certainly beetroot is rich in nitrates, compounds that the body converts into nitric oxide, which relaxes the blood vessels, increasing blood flow to various organs, including, presumably, to your sexual organs.

But while beetroot juice’s Viagra-like effect is unproven, studies show it can improve sports endurance.

And now researchers at the Medical University of Vienna have found that beetroot contains compounds that have an anti-inflammatory effect, which could be used to develop drugs to treat diseases such as arthritis.

There is a drawback of eating lots of beetroot: red urine. 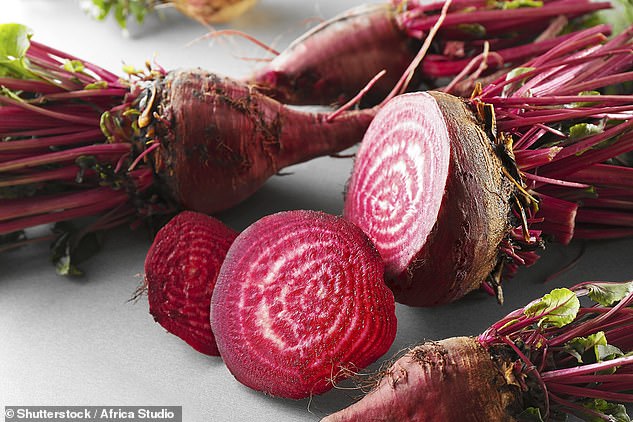 I am fond of beetroot, a vegetable the Romans claimed is an aphrodisiac, though I’ve never found it so

Is December 9 the day Britain starts its Covid vaccination drive?

Everything you need to know about dry ice vaccine storage