DOOM has never been a narrative-first franchise. Yes, there have been tidbits of story drip-fed to players, especially in later entries like 2004’s DOOM 3 or 2016’s reboot, but these have always been games about shooting demons first, chainsawing demons second, punching demons third, and plot came way down the list.

That may be about to change in DOOM Eternal – the next big game release for 2020 – which in its first three hours features more honest-to-Satan storyline that the 2016 DOOM manages in its entirety.

The game kicks off in typically understated fashion: demons have overrun the Earth and billions are dead. The DOOM Slayer watches on from his new satellite castle (dubbed the ‘Fortress of Doom’ in one of the first reminders that the last game’s sly sense of humour is back in force) before bopping down to kill a Hell Priest (as you do) and claim their head.

You’re thrown in without much context, but not only does the game begin to fill it out – the Hell Priest is one of three, and each must be killed to slow Hell’s invasion – it even throws in backstory and lore for good measure. 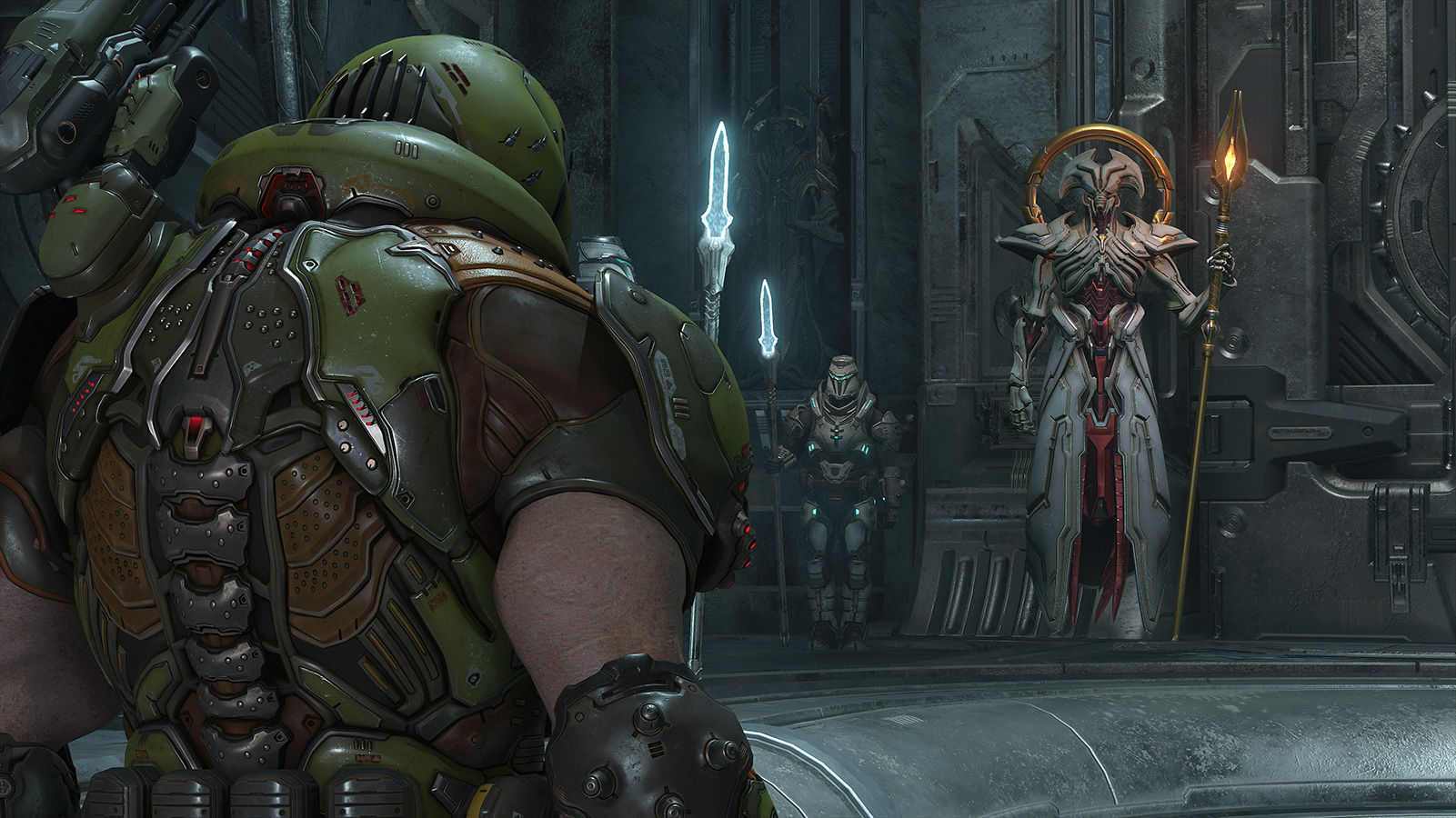 “DOOM has never been about story, but we are building a universe with DOOM Eternal,” explained the game’s executive producer Marty Stratton. And he’s not lying.

While the 2016 game spent its whole runtime flitting between a Martian base and Hell, in its first three levels alone Eternal visits a ruined Earth city, a frozen Hell cultist base, and – most excitingly by far – the mysterious Exultia, a medieval setting that’s the closest DOOM has gotten yet to the ‘dragons and wizards’ end of the metal album art aesthetic it embodies.

From colossal statues of sword-wielding warriors to a spectral wolf spirit guide (no, you cannot pet the dog) Exultia is a far cry from the glistening metallic corridors of the last game, not only mixing up the aesthetic but widening the world considerably – with pages upon pages of lore entries to explain a little more about what’s going on, and why. 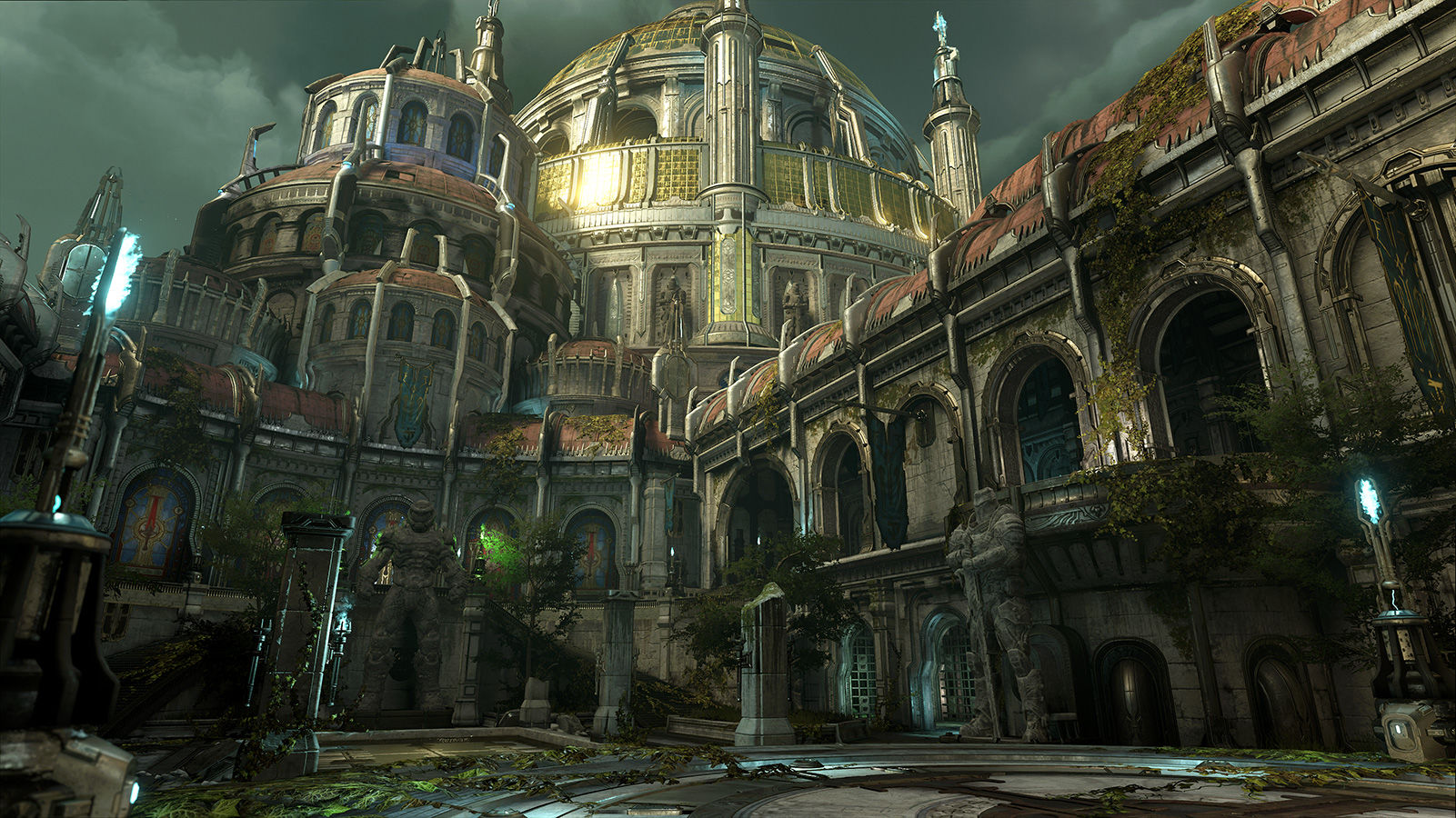 DOOM 2016 had a story of course – and a surprisingly witty one at that – but it was a fairly linear affair. You spent a few hours on Mars, then a few in Hell, then back to Mars, back to Hell. People kept talking about Hell energy and there was a cool robot, but for the most part the story kept out of your way.

To some extent the same is true here. “It’s there if you want it,” Stratton says of the new game’s narrative. “If you want to engage in the story you’re going to start to see things and wonder about things from the very beginning of the game,” but those who don’t care can skip every cutscene and settle into the important business of dismembering demons.

And there’s dismemberment in spades (though whether you can dismember with a spade is yet to be confirmed). Stratton promises twice as many demons this time around, with new additions since I last played the game at QuakeCon including the pesky flying Gargoyles and shielded Carcasses. Bigger baddies like the Arachnotron and Mancubus now come with weak points to target, while new weaponry like ice grenades and the ‘Flame Belch’ open up new ways of deconstructing demons to generate health, ammo, and armour – it’s all very energy-efficient really. 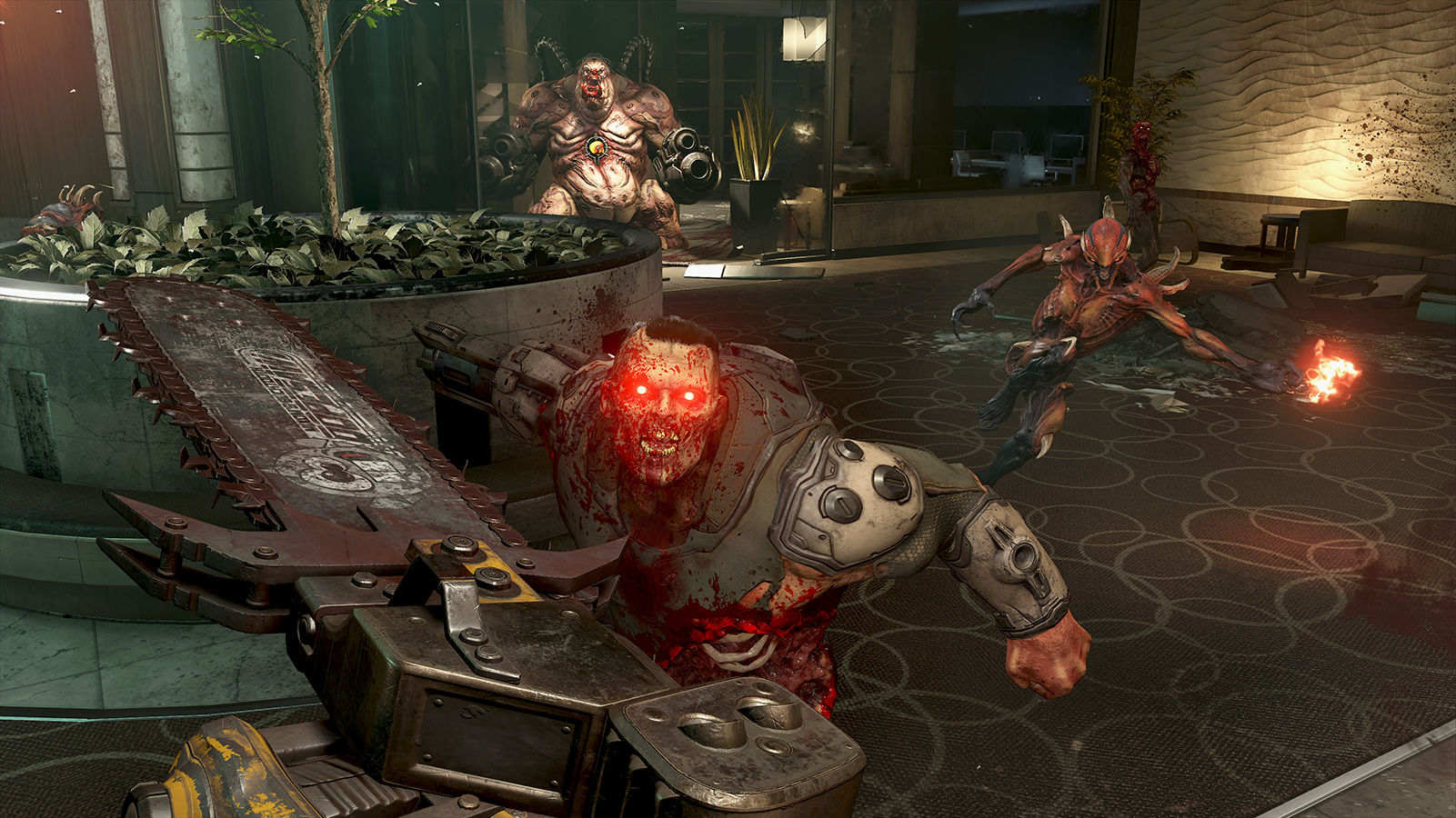 And that’s just from the beginning of the game. If Stratton is to be believed, there will be more weapons, demons, and locations revealed right to the end, in an admission that a lack of late-game variety was one of the first game’s game’s few missteps.

“After DOOM ‘16 one of the things we were least satisfied with is that the game became a bit repetitive,” Stratton acknowledged. “We have done everything to elevate every piece of [DOOM Eternal] to not be repetitive, not be monotonous, to make the game one page turn after another.”

With two months left until the game’s March 20 launch, it’s too soon to say if Stratton and iD have pulled it off, and the promise that the game is “twice as big” is as encouraging as it is concerning. But I’m willing to put my faith in any dev confident enough to make the left-turn from traipsing through Hell to following my spirit wolf through Medieval-land, and iD hasn’t disappointed us yet.

Valve insists Index VR will be back in stock before Half-Life: Alyx comes out