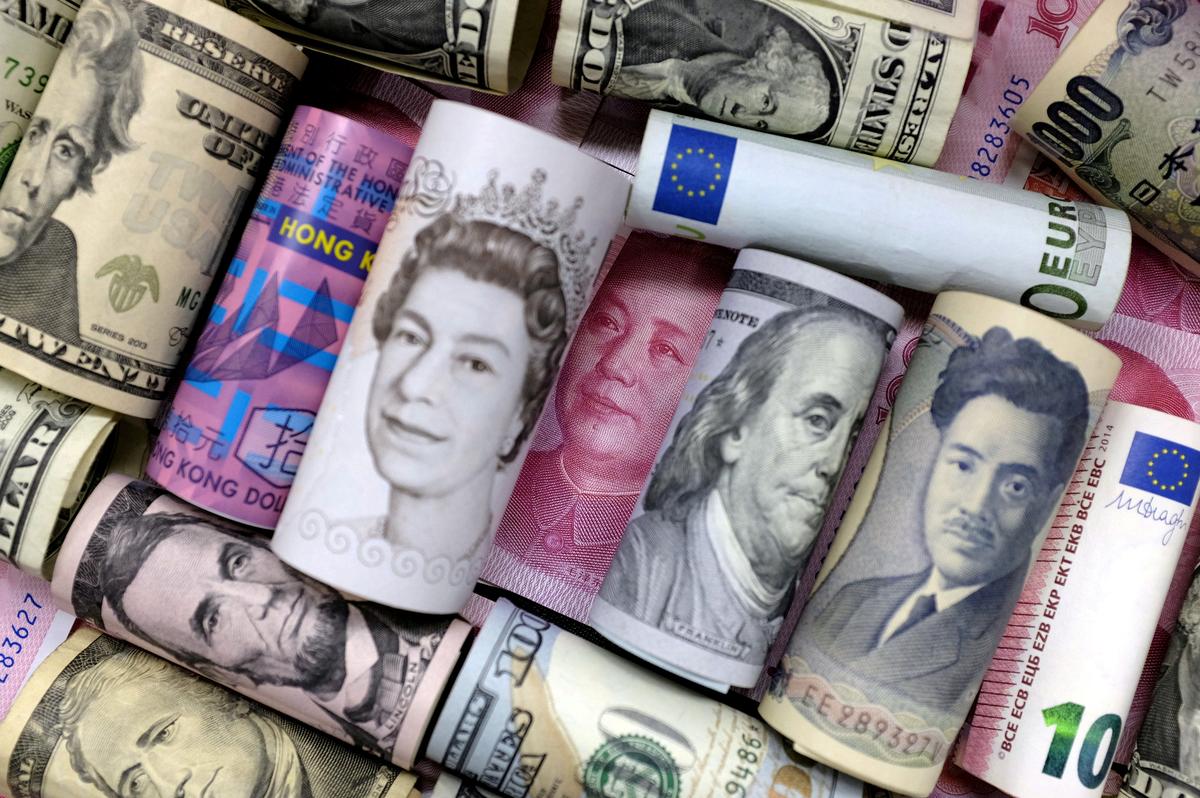 LONDON (Reuters) – The dollar held firm on Thursday, but selling pressure may be in store later with U.S. jobless data due at 1230 GMT expected to show claims near record highs.

Economists have forecast weekly U.S. jobless claims of 5.25 million, which would mean claims over just three weeks of 15 million.

Analysts said a major global downturn had now been largely priced in by markets, with UBS forecasting an annualised contraction in second-quarter U.S. gross domestic product range of 9.5%, while Nomura estimates it will drop 42%.

“The market is aware of the dramatic effects of the lockdown and is more interested in when these will end. So the U.S. jobless figures are not a big game changer number,” said Ulrich Leuchtmann, head of FX and commodity research at Commerzbank.

The dollar edged down 0.1% against major currencies before the U.S. jobless figures. It had rallied nearly 9% between March 9-20 to more than a three-year high, before declining nearly 3% to stand at 100.010. =USD

European equity markets opened higher on Thursday on hopes lockdowns may be slowing the spread of the coronavirus, although they lost some momentum in morning trading.

Currencies perceived as riskier bets including the British pound and the Australian and New Zealand dollars consolidated recent gains, with sterling up 0.5% at $1.2436. GBP=D3 AUD=D3 NZD=D3

The dollar was flat against the Japanese yen. EUR=EBS JPY=EBS

The euro edged up 0.1% versus the dollar on expectations that talks between euro zone finance ministers later on Thursday would result in agreement on a half-a-trillion support package to fight the virus.

The single currency could face selling pressure on Friday if a deal fails to materialise, Leuchtmann said.

“Most market participants think there’ll be a solution tonight or at least very shortly afterwards. I think there’s more potential for market reaction if they don’t come to an agreement tonight.”

Commodities-exposed currencies gained on expectations the world’s largest oil producers would cut production at an OPEC+ meeting later on Thursday. Energy ministers from the G20 nations are also due to hold a video conference on Friday.

The Norwegian crown and South African rand – which were both battered in a market sell-off in March – added to the week’s gains, edging up 0.2% and 0.9% respectively. NOK= ZAR=

Analysts at Deutsche Bank said that an agreement to cut production at the OPEC+ meeting could support oil currencies.

“Unless or until the global economy ramps up again, even a best case scenario for the OPEC+ and G20 meetings will provide only limited relief,” they added in a note.

Who narrates The Repair Shop?