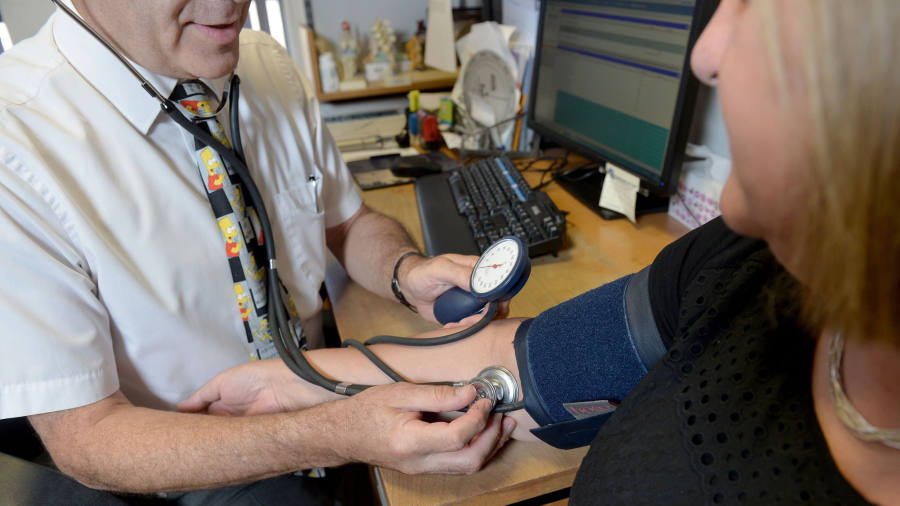 The UK’s main doctors’ union is seeking a legal guarantee from the National Health Service that it will cover pension tax bills as front-line staff appear sceptical about a government plan to convince them to work extra shifts to prevent a winter care crisis.

Concerns over six-figure tax charges have led to thousands of consultants turning down additional work out of fear that the extra income would breach their annual retirement saving limits.

The plan will see pension tax bills run up by doctors this financial year deducted from their “defined benefit” retirement funds but with the NHS providing a commitment that medics will “not be left out of pocket” when they retire.

The NHS and government hoped the unprecedented intervention would ease the crisis which has contributed to the service missing targets for emergency care, routine operations and cancer. About 4.4m people are currently waiting for routine operations, according to NHS figures released this month.

However, the British Medical Association warned that its members were wary of signing up for extra shifts without a legal guarantee that any subsequent pension tax bills would be covered.

“The proposed arrangements are extremely complicated with payments potentially being made by employers decades in advance,” said Vishal Sharma, chair of the BMA pensions committee.

READ  Lentils and war games: why Nordics are well prepared for lockdown

“The BMA is seeking assurances that these payments will be guaranteed even if a doctor’s current employer or even NHS England were to not exist in their current form at such a time.”

In addition, the BMA is seeking assurances that there would be no unintended tax liabilities arising from these payments and the scheme would not be treated as “tax planning” or “tax avoidance”.

The BMA wants the fix to be applicable across the UK and not restricted to NHS England.

In response, an NHS spokesperson said: “Clinicians should be assured that this is a contractually-binding guarantee from the NHS, backed by the government, and that they can therefore immediately take on additional shifts or sessions without the worry that they will be out of pocket.”

The BMA intervention comes as a survey of hospital doctors suggested the emergency plan would not be enough to convince doctors to return to the wards. Nearly 96 per cent of 959 hospital consultants who responded to a poll on the deal said it was insufficient to get them to pick up extra sessions over winter.

“Our poll shows that consultants do not trust this government’s hurried promises that they will one-day be repaid their tax bills on retirement,” said Rinesh Parmar, chair of the Doctors’ Association, a grassroots campaign group, which conducted the poll.

“These panicked short-term proposals will not fix the problem.”

None of the political parties have committed to what doctors unions are calling for to ease the crisis, which is to scrap the annual allowance for the NHS. This governs how much can be saved into a pension, or how much the benefits can grow, before tax charges apply.

The introduction in 2016 of a “tapered” annual allowance, which restricts pensions tax relief for the highest earners, has been particularly problematic for senior NHS doctors.

The Conservatives have pledged to conduct an urgent review of the “taper problem” within 30 days of being elected.