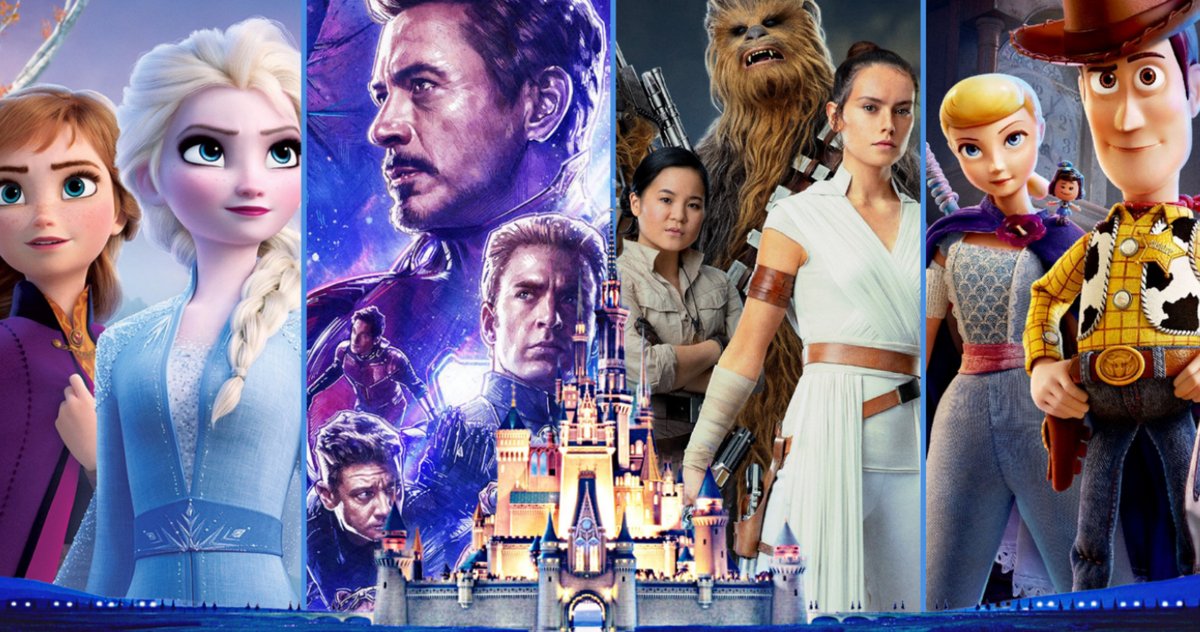 Disney’s record-setting year at the box office simply won’t quit until the calendar rolls over. This past weekend, Star Wars: The Rise of Skywalker hit theaters and opened to a huge $175.5 million. While that’s not as large as either The Force Awakens or The Last Jedi, it’s still going to make the movie a huge hit for Disney and gives them another spot in the top ten highest-grossing domestic releases of 2019. As such, Disney has now produced eight of this year’s top ten, which is a truly unprecedented level of success.

As a caveat here, Disney’s Marvel Studios produced Spider-Man: Far From Home while Sony handled distribution. So that box office doesn’t technically count towards Disney’s total for the year, but the movie grossed $1.13 billion globally, the fourth-highest total for any movie in 2019, and certainly wouldn’t have done that well were it not connected to the Marvel Cinematic Universe. Plus, The Rise of Skywalker still has a long way to go and Frozen II is still chugging along.

RELATED: The Rise of Skywalker Gets a Fun Disney Animated Character Mashup

Globally, Disney became the first studio in history to bring in $10 billion at the box office in a single year, and that total doesn’t count Spider-Man: Far From Home, nor does it account for the Fox titles the studio distributed following the $71.3 billion merger of the two companies earlier this year. All of this to say, Disney is having an alarmingly good year and the competition is, without a doubt, struggling to accomplish even a fraction of that success financially.

Disney’s box office dominance is poised to continue in the new decade, as they will now be in full control of Fox’s properties moving forward, with the X-Men and Fantastic Four just a couple of examples of franchises that can be exploited for further financial wins. Is this good for the industry? Will things find a way to balance themselves out in the coming years? It’s difficult to say, but people are ultimately voting with their wallets in favor of Disney products in a big way. This news was previously reported by The Verge.