Death Stranding is the first of the big PS4 exclusives to make its way to PC, and as a sign of things to come it’s nothing but good news. As a game in its own right? Well, it’s Death Stranding… for better or worse.

Hideo Kojima’s unfiltered epic was a PS4 exclusive when it launched just last November, but 505 Games are now bringing it to PC tomorrow, 14 July, through Steam, Epic, and of course Amazon.

You’ll once again step into the well-trodden boots of Sam Porter-Bridges, a post-apocalyptic postman played by The Walking Dead’s Norman Reedus. The bulk of the game is spent transporting parcels between disparate outposts while dodging enemies, building up infrastructure, and letting the all-star cast spout exposition at you.

I’ve played through the game’s first two Episodes – probably about a quarter of the whole thing – and as a port there’s little to complain about.

Framerate is the biggest step up for PC players. While Death Stranding was locked to 30fps on PS4 – and even on the PS4 Pro – on PC you get more freedom. I managed to hit a steady 60fps at 1080p on my home desktop – a Ryzen 7 2700X paired with an RX 580 – though of course cranking things up to 4K will drop the framerate back down accordingly. 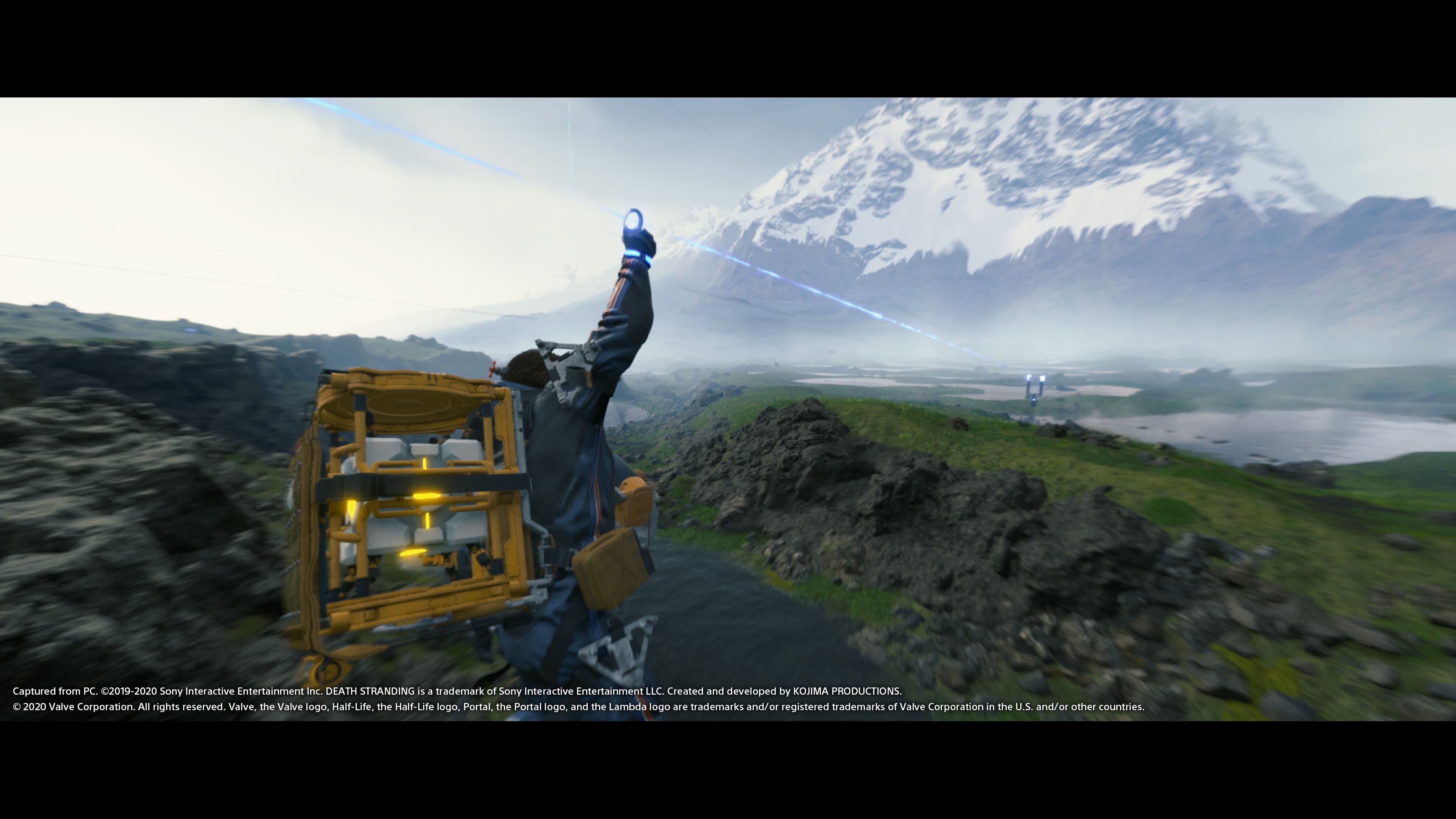 There’s no support for real-time ray tracing, but RTX owners will still get some benefit out of their cards (which feels like the bare minimum, given it’s currently the free game if you buy a new RTX card). DLSS 2.0 support should help maintain that framerate even at higher resolutions, which will probably be vital if you want to push the framerate up while hitting 4K too, or if you want to take advantage of ultra-wide monitor support too.

This is really the big step up from the PS4 release – and the main reason to opt to play on PC now if you haven’t already. The game itself is broadly unchanged, though ships with the Photo Mode that was only added to the PS4 version earlier this year.

The only content change is a brief, fun, and forgettable collaboration with Valve on six Half-Life and Portal themed side missions. They’re on the level of ‘deliver a Companion Cube’ and reward you with things like Gordon Freeman’s glasses to wear. It’s fun enough, but not a reason to play the game all over again if you’ve worked through it once already. 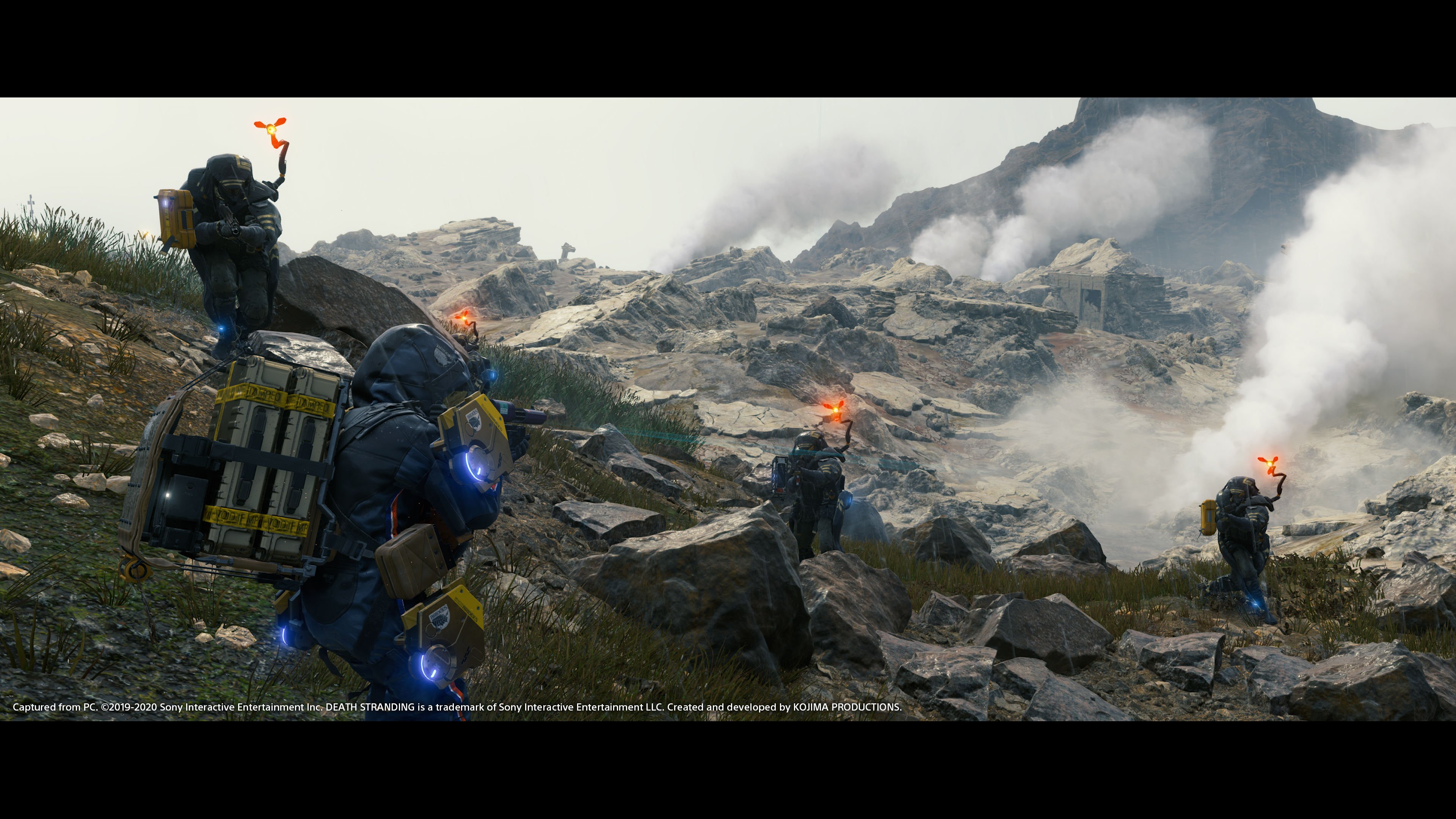 Of course, this is a PC release, which means mouse and keyboard support. I won’t pretend that the game works better with a keyboard than a controller, but it does play better than I would have expected.

The left and right mouse buttons are used for balancing Sam’s weight while walking, taking over from the shoulder buttons on a gamepad, and otherwise it’s fairly standard WASD controls. I missed the precision of an analogue stick during a couple of the trickier climbs (and eventually switched to my Xbox One pad and didn’t look back) but if you’re a die hard mouse and keyboard player there’s really no reason you can’t play the whole game that way.

The bigger question is whether you’d want to play the whole game at all. After 15 hours of Death Stranding I don’t have much inclination to play any more, though I’m confident not everyone will feel that way. 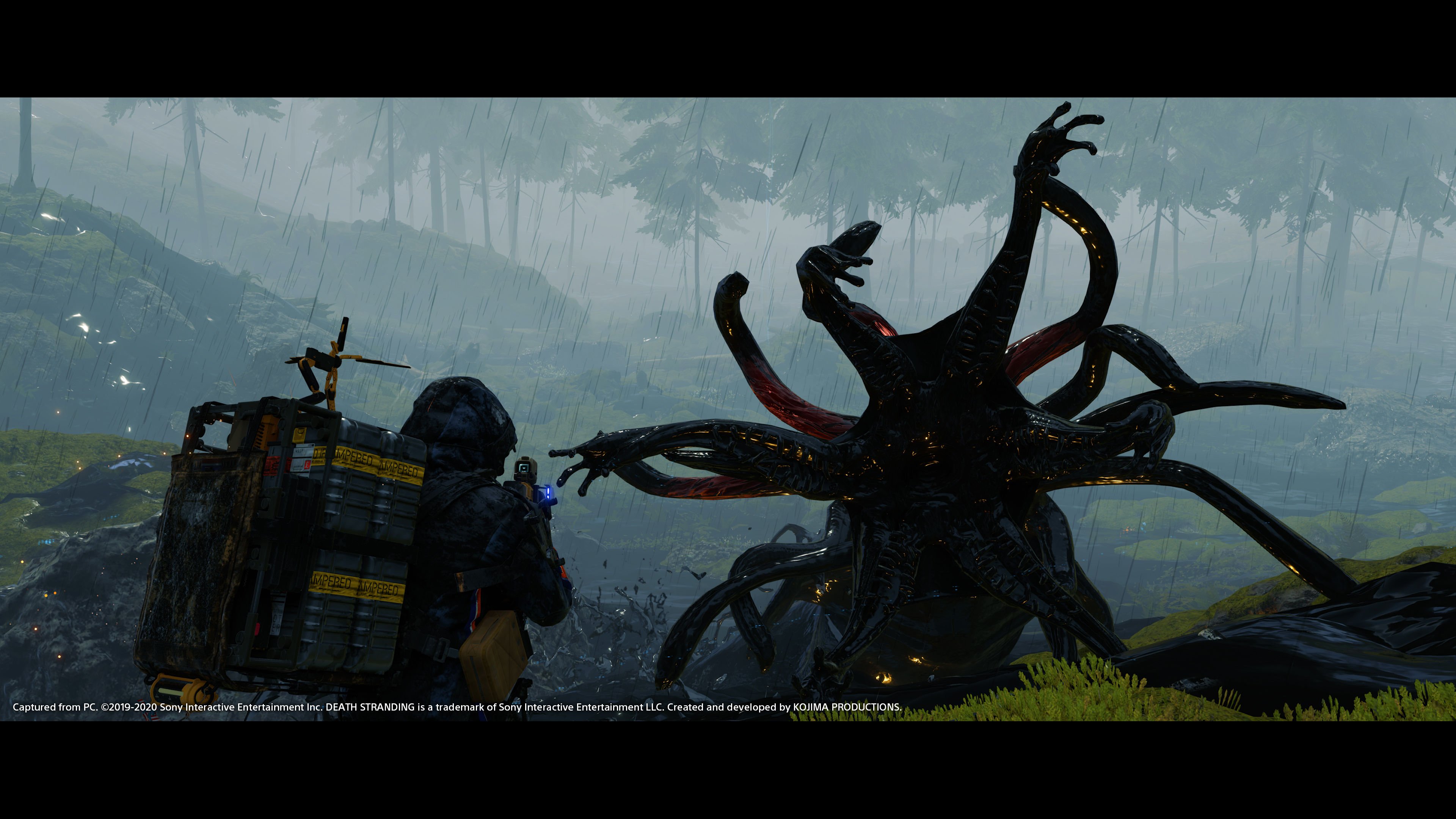 It’s these that get on my nerves with Death Stranding, more than the gameplay itself, which grew on me. It’s definitely a slow-burner – this is the closest a AAA game has gotten yet to really embracing the old ‘walking sim’ jibe – but there’s a strangely meditative satisfaction in plodding across desolate landscapes to connect the world together, even if the narrative tissue around it is over-written guff.

The closer Death Stranding gets to traditional games – sneaking around the ghostly BTs, fighting deranged MULE delivery men, the ungainly boss fight that I suspect will be the last I ever play of the game – the worse it is. None of the sneaking, fighting, or killing has been developed to the same level as the simple process of navigating the landscape, and these bits of the game feel thin and under-developed. 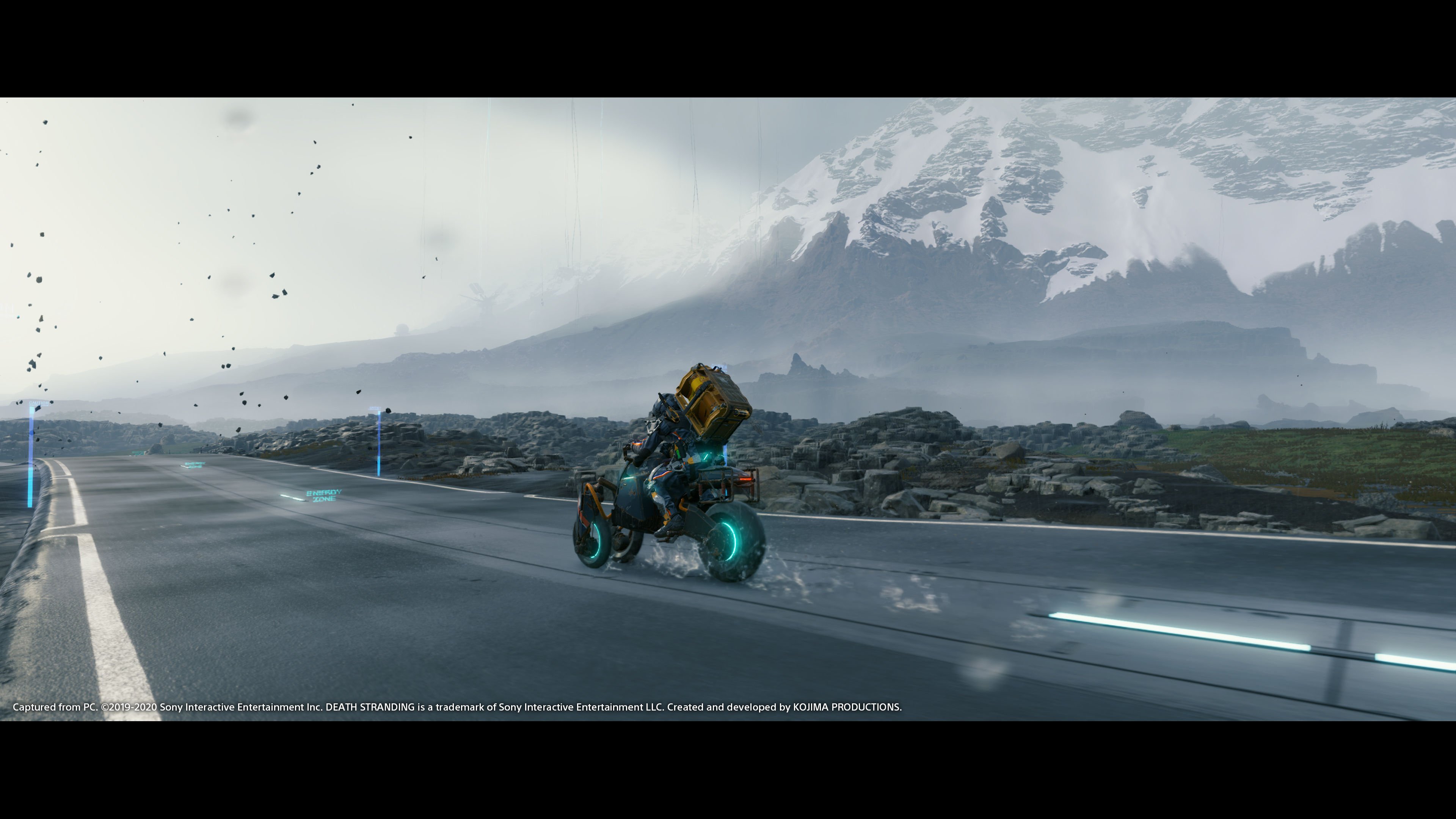 Where Death Stranding does excel is in its steady drip feed of new mechanics. 15 hours in I’m still picking up new tools, and I know there’s more to come – I haven’t even fired a gun yet. That progression carries the game forward, especially as it opens up the curious asynchronous multiplayer element, in which your world is populated by the bridges, towers, and other constructions of distant players.

If Death Stranding was better written perhaps I could forgive its excesses, but as it is I think I’m ready to call time on the game.

Plenty of people love it though, and for them there’s a fairly easy argument that the PC port is now the definitive version of the game. It offers everything you’ll find on the PS4, plus a few extras and some concrete technical improvements that should mean even a mid-spec PC can surpass what’s on offer on PlayStation.

34% of developers have seen a decline in business due to COVID-19, says GDC survey