Deaf kitten who wobbles when she walks finds loving home 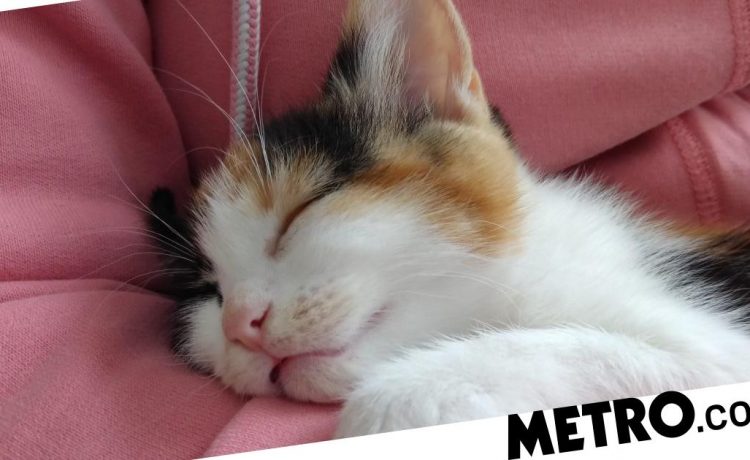 Meet Kara, the deaf and rather wobbly kitten who’s overcome a tough start in life to find her happy ending.

Kara arrived into Battersea Dogs & Cats Home when she was still in her pregnant mum Clementine’s womb.

Just a few days after she was born, Kara’s carers noticed something a little different about the kitten – she wobbled around on her unsteady legs and had a habit of walking backwards when she was startled or confused.

It turned out that the tiny tortoiseshell was born with cerebellar hypoplasia, a neurological condition that causes her head and body to involuntarily twitch.

After close monitoring, Kara’s foster carers and vets figured out that the kitten is deaf, too.

Thankfully she’s in no pain and vets expect her to live a full, happy life – she’s just a little different to your average cat.

But no matter her physical differences, Kara won’t let a challenge hold her back. She’s a ‘little livewire’ who loves to play, readily bouncing around and playing with her siblings.

Georgia Randall, team leader at Battersea’s Old Windsor Cattery, said: ‘All of the cats we see here at Battersea are wonderful in their own unique ways, but there is something extra special about cats like Kara.

‘As anyone who has met her will tell you, she’s taken everything in her stride and has become a little livewire that loves to play all day, every day.

‘It’s truly a joy to see and I know she’s going to be an amazing addition to her new family.

‘Watching her defy the odds and exceed our expectations for such a young cat with her health limitations, truly proves that even the smallest of underdogs can be top cats.’

To help other cats like Kara, donate to Battersea online.

MORE: Lucky cat gets saved after swallowing a needle and thread

MORE: Attention-seeking cat keeps lying in the road and pretending to be dead