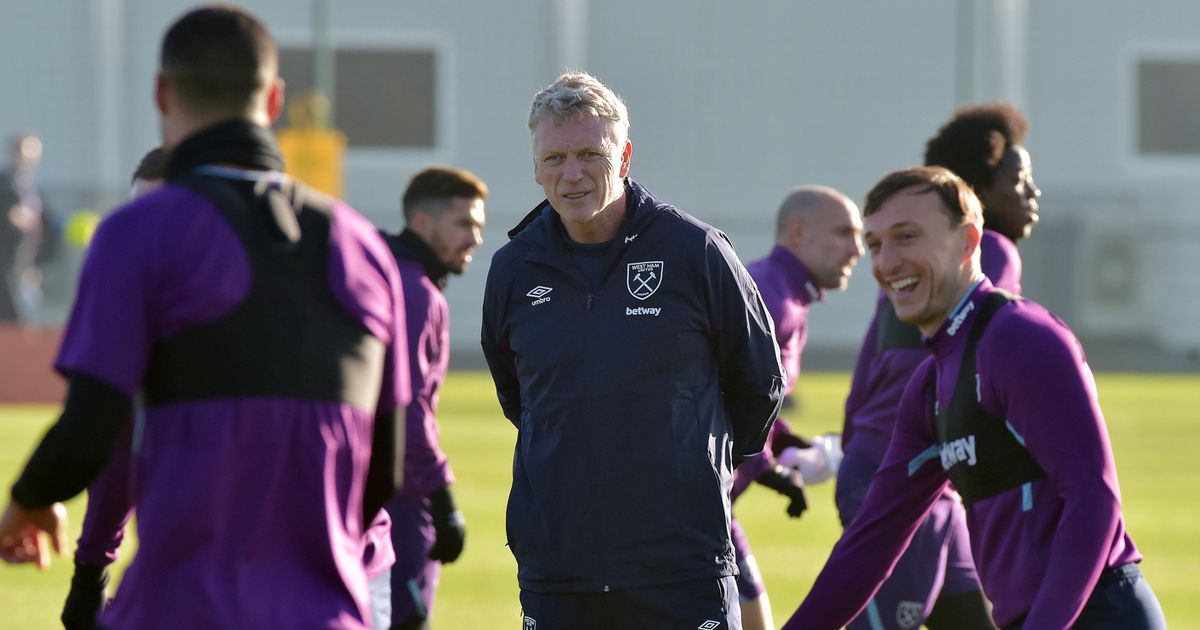 When David Moyes left West Ham after his short-term stint in May 2018, the club issued a statement saying they were seeking a “high-calibre first-team manager”.

Eighteen months, £100million and Manuel Pellegrini later, this time the Scot is the chosen one.

Moyes, who entered his unveiling with a huge grin on Sunday, was far from vindictive over his treatment by the Hammers hierarchy, as he revealed his 18-month contract contained a clause to extend his stay at the London Stadium.

“This time I am going to make sure there is no choice that they will always want to renew in the future,” he said.

He first faces a mammoth task just to keep West Ham up this season but there was still no no escaping the elephant in the room. Why is he right now when he was wrong last time? It is really a question for the West Ham owners.

“What anybody is getting with me is an experienced Premier League manager – arguably there is only two or three who have got more than me,” said Moyes, who was anointed as the Chosen One when he followed Sir Alex Ferguson at Old Trafford.

“I’ve got the biggest win rate out of a certain number of managers as well. Put it that way, that’s what I do. I win.

“I was disappointed I didn’t stay. But I totally understand that the owners have earned the right to make their own decision.

“That the biggest thing you have to say is that the owners have been big enough to come back and say: ‘David will you come back and do a similar job or better?’ And that is what I am going to do.

“I have always considered myself in a group of top managers. And I have to come back and prove that again.

Moyes has spent the last 18 months working with UEFA and the Champions League, speaking at conferences and doing media work.

“I have tried to make sure I have educated myself in my time off,” said the 56-year-old.

He also spoke to Everton about returning to Goodison Park earlier this month before the appointment of Carlo Ancelotti.

“I really am because I do mean unfinished business. And when I say that, I really felt that I left not doing the next bit and I felt the next bit was warranting something else.”

After saving West Ham in 2018 – they finished 13th, nine points clear of the drop zone – Moyes had wanted to spend and re-shape the squad to reach the next level – the level of Wolves or even Leicester .

He will be able to invest this January but he is more interested in the players already here – and their attitude and performance.

“I want to get an identity back to West Ham where the supporters can connect with it,” said the Scot.

“And I genuinely felt, leaving this club here, the supporters had started to see signs of identity and something moving in the right direction.

“But I hope they all understand as well that we need to get back to winning before all the other fancy words and what we would like to do.”

Unlike Pellegrini, who faced the media with the same pleasure as visiting the dentist, the affable Moyes was happy to hang around after his official duties to chew the fat. His players could also be facing extra time.

Alan Irvine has joined his backroom staff and he hopes to add Stuart Pearce to re-introduce a very British feel as he gets back to basics on the training ground.

“What I do believe is there’s a stronger and better squad here now than there was when I first came in,” said Moyes.