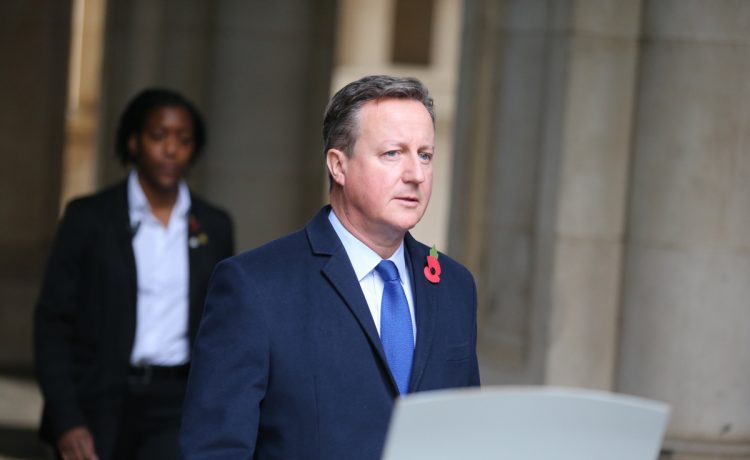 DAVID Cameron was under fresh pressure last night after an old business card appeared to place his business colleague at the heart of Downing Street.

Lex Greensill had a role as a “senior adviser” in the Prime Minister’s Office, a newly unearthed card revealed.

It included a Downing Street email address and phone number, and was handed out in 2012, Labour claimed last night.

Mr Cameron is under mounting pressure to explain why his former aide was given the job, and whether he used it to get privileged access to Whitehall and top ministers.

Labour renewed their demands for a full probe into the ex-PM last night and accused him of giving him “special access”.

Mr Cameron went on to work for Greensill Capital after leaving No10, and was reported to have texted Chancellor Rishi Sunak to bail the firm out before their collapse.

An initial probe earlier this week cleared him of breaking lobbying rules.

“The public have a right to know what happened here – we need a full, transparent and thorough investigation.”

READ  Third of Britain’s 4.5m small firms will be forced to cut jobs or wages if Chancellor hikes fuel duty next month

MERK YOUR MIND UP

Speeding driver killed boy, 13, & was chased for a mile by other motorists

Neither Mr Greensill nor Mr Cameron has commented.

A Government spokesperson said last night: “Lex Greensill acted as a Supply Chain Finance Advisor from 2012 to 2015 and as a Crown Representative for three years from 2013.

“His appointment was approved in the normal manner and he was not paid for either role.”