David Bowie wedding: Where did Bowie and Iman get married? 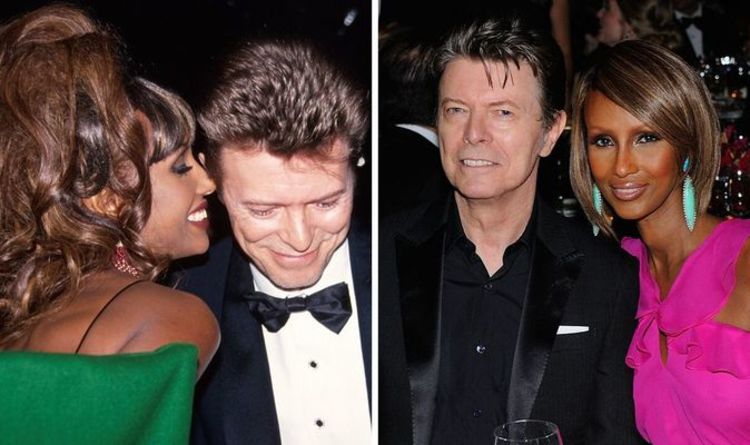 David Bowie was first married to Angie, an American who he claimed he had only married to help her stay in the country. Despite this, he had one child with her, Zowie, now known as acclaimed director Duncan Jones. However, arguably the love of his life was to come when he was introduced to Iman in 1991.

Where did David Bowie and Iman get married?

David Bowie and Iman were introduced by a hairdresser in 1991 at a dinner party.

The pair remained together and very private for most of their lives, until Bowie’s death in 2016.

Despite their privacy, Bowie opened up about how they met in an interview with Hello magazine in 2000, to celebrate the birth of their daughter Lexi.

He said: “My attraction to her was immediate and all-encompassing. I couldn’t sleep for the excitement of our first date.

“That she would be my wife, in my head, was a done deal.

“I’d never gone after anything in my life with such passion in all my life. I just knew she was the one.”

The pair holidayed together in Florence and, as Iman told Entertainment Weekly after Bowie’s death, his proposal was adorable.

She said she had seen a ring she loved in Florence, adding: “He went back for it and found it.

“Somebody had bought [the ring], so he went and found it and bought it from them!

“It was sweet and of course I said yes.”

Bowie proposed on the banks of River Seine in a very romantic moment.

In 1992, the couple had a private ceremony in Switzerland.

Following this, Iman had the wedding solemnised in Florence, Italy.

With Iman, Bowie had his second child, Alexandria ‘Lexi’ Jones, who was born in New York City on August 15, 2000.

But, as is often the way, there was another lady in Bowie’s life before Iman.

After becoming a solo act, Bowie met Angela Barnett, just before the release of Space Oddity in 1969.

The pair married within a year, but according to Angie, they only married “so that I could work.”

She told the Evening Standard: “I didn’t think it would last and David said, before we got married, ‘I’m not really in love with you’ and I thought that’s probably a good thing.

“Then I think he fell in love with me because he got really mad when we broke up and he behaved like a b****y queen.”

Bowie even said she was like “living with a blowtorch,” and their relationship, needless to say, did not last long.

Similarly, before Bowie, Iman was married to a Somali entrepreneur when she was just 18-years-old, but the marriage ended not long after when the supermodel moved to the USA.

After that, Iman dated American actor Warren Beatty for a short while in 1977, before she married basketball player Spencer Haywood in the late 1970s

The couple had one daughter, Zulekha who was born in 1978, and the couple divorced in 1987.