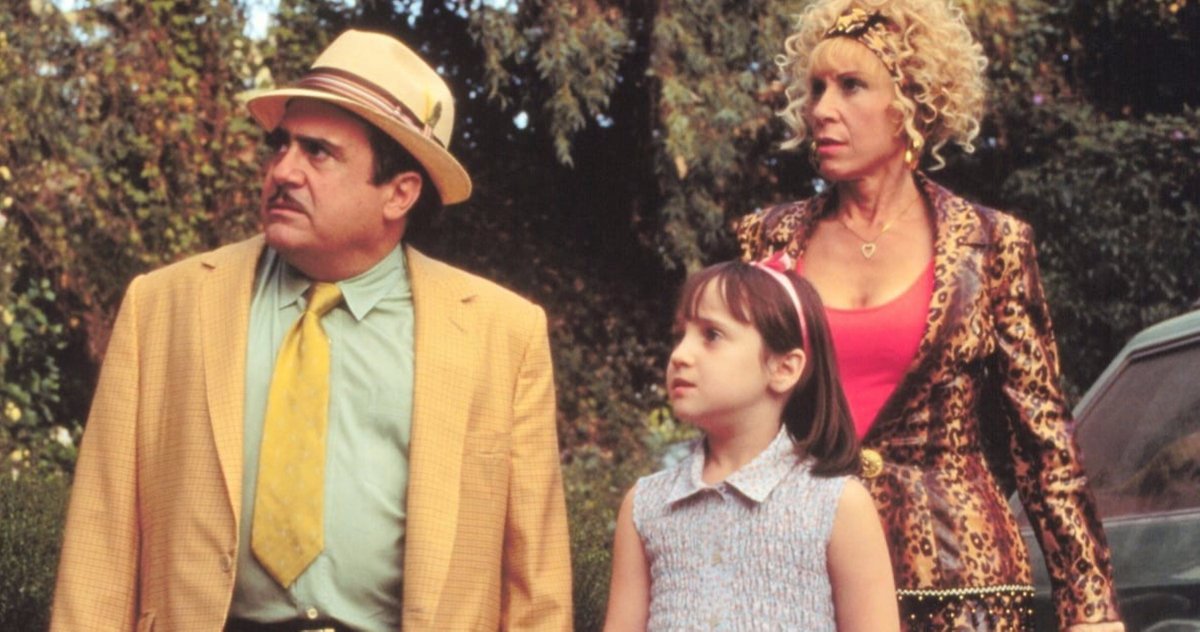 Danny DeVito has starred in a plethora of movies over the course of his career, but the one he always wanted to revisit the most was the 1996 family-comedy movie Matilda. Speaking about his role in the upcoming sequel Jumanji: The Next Level, DeVito was asked if there were any particular movies he’d done that he’d like to see get a sequel.

While he would have preferred to do it decades ago, Danny DeVito admits he always wanted to make Matilda 2, and even suggested a possible plot for the potential follow-up movie. Here’s what DeVito said about the potential sequel.

“I always wanted to do Matilda 2, but when the kid was still a kid. But that was like 20 years ago, 25 years ago, so maybe Matilda has a kid, and we can do something like that.”

As DeVito suggests, it’s a little late for a Matilda sequel, as child star Mara Wilson is now all grown up at 32 years old. Still, DeVito’s suggestion for a sequel to follow the child of the Matilda characters seems like a logical way to continue the story. Including Wilson would be essential for the sequel to work, but getting her on board seems to be a possibility. Although the former child star retired from film acting nearly 20 years ago, she has made sporadic guest appearances on podcasts and TV shows. This includes a cameo on the comedy series Broad City and a voice role on the Netflix animated series BoJack Horseman.

Produced by DeVito’s Jersey Films, Matilda was first released in theaters in 1996. In addition to directing the movie, DeVito also starred alongside Mara Wilson as the titular character. Rhea Perlman, Ebeth Davidtz, and Pam Ferris also starred. Based on the Roald Dahl novel of the same name, the story follows a young genius girl who develops psychokinetic powers which she uses to deal with her family and the principal of Crunchem Hall Elementary School, Agatha Trunchbull. The movie was a critical hit and has developed a cult following over the years, and even Star Wars: The Rise of Skywalker star Daisy Ridley has referred to it as her favorite movie.

While Matilda 2 may never happen, we may soon enough be seeing another adaptation of the classic Dahl novel. Last year, it was reported that Netflix is developing an “animated event series” using the literary works of Dahl, which includes adapting Matilda as an animated series. Other animated iterations of titles like The BFG, Twits, and Charlie and the Chocolate Factory are also in the works. Production was previously reported to commence in early 2019, but there haven’t been any significant updates on the animated projects since.

DeVito can be seen in Jumanji: The Next Level when the sequel hits the big screen on Dec. 13. Considering the profits made by the previous Jumanji movie, chances are the sequel will see some big success. Still, the sequel DeVito is really longing to see is Matilda 2, as unlikely as the prospect of it might be. This news comes to us from ComicBook.com.