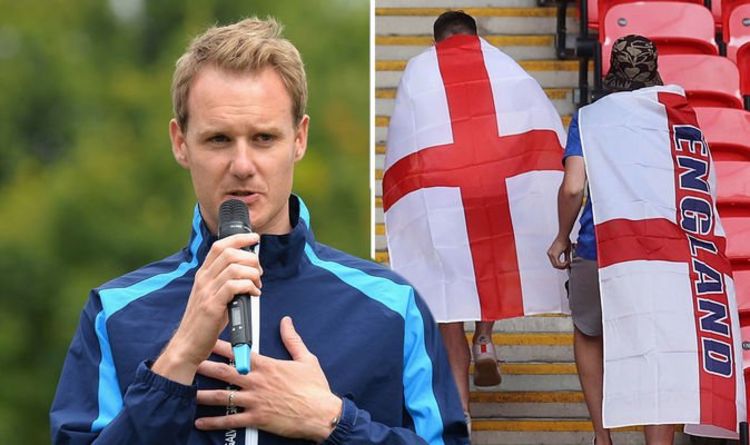 The Football Association released a statement ahead of England’s match against Germany, urging fans to show respect during the national anthems and when players took a knee.

The FA said: “England fans have played a vital role in supporting the team throughout this tournament and we thank you for positively getting behind them. It means a huge amount to Gareth, the team and support staff.

“Whether you are at Wembley Stadium, or watching from somewhere else, please support England in the right way, before, during and after the match.

“This includes respecting each national anthem and the players’ choice to take the knee before kick-off. We want you to be able to watch the match in a safe and enjoyable environment that’s free from any discriminatory or disrespectful behaviour.

“Thank you again for your support, enjoy the day and show your support in a way that will do the country and the team proud.”