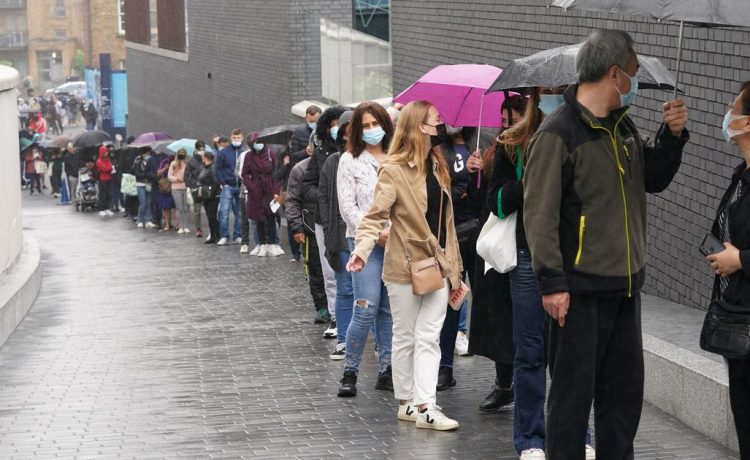 The number of people testing positive for Covid rose 43% in a week to the highest since mid-February, latest figures show.

Some 79,248 people in England tested positive at least once between June 17-23, Test and Trace figures show.

That was a rise of 43% on a week earlier, and the highest since the week ending February 17 this year – before the roadmap out of lockdown was announced.

More recent daily figures suggest an even sharper rise in cases of 70% in the latest week. Some 26,068 new cases were recorded yesterday – the highest daily announcement since January 29.

However, unlike in January and February, ministers believe the vaccine rollout is now breaking the link between cases and deaths.

Boris Johnson told his Cabinet on Tuesday that the UK will “live with” Covid like flu, even if cases continue to soar.

Despite the surge, ending restrictions on July 19 in England will be based on four tests – none of which are a rise in case rates alone.

A surge in cases only fails the four tests if it risks “a surge in hospitalisations which would put unsustainable pressure on the NHS.”

No10 this week refused to be drawn on whether the UK would have to accept flu-like death tolls from Covid.

Told 8,000 to 20,000 deaths were attributed to flu per year, the PM’s spokesman replied: “That is just factually the number.

“That is not a target or a number that government sets.

“What actions the government takes is we have a very significant rollout of flu vaccine every year and last year obviously was our biggest ever; provide significant protection to the public.”

Some test result waiting times rose in the most recent week as 6% more people got tested than the week before.

But the average turnaround time for home test kits rose from 38 to 41 hours, while the time for satellite tests – used in care homes – rose from 33 to 37 hours.