Chris, 33, and Mariesa, 32, have spared no expense in giving their dogs the best life possible.

We don’t say that lightly – they’ve spent $55,000 refitting their house to make it ideal for 20 senior and special needs rescue dogs, after the death of their first dog, Mr Moses, left their hearts broken.

Alongside their brood at home, the couple, from Clifton Park, New York, also have another 104 dogs in their care through their foster programme, Mr Mo Project.

That’s all thanks to being inspired by Mr Moses, a dog who Chris rescued from a kill shelter, where his family had surrendered him because he was ‘too old’.

Mariesa said: ‘Moses was such a light in our lives and such an amazing dog that when he was diagnosed with an inoperable spinal cord tumour, we thought our world would just end and we would fall apart.

‘We sold everything we had to get him alternative treatments but ultimately, he died five weeks later.

‘Chris decided we should start a senior dog rescue so we could help dogs like Moses.

‘Our niche is that we pay medical expenses for the rest of the dog’s life which is a terrible and wonderful idea.’

The couple’s organisation has saved hundreds of dogs from euthanasia and is a non-profit, so along with caring for hundreds of dogs, Chris has to work full-time from home and Mariesa works as an occupational therapist to cover all the costs.

Simply running the programme and covering the hundreds of dogs’ medical care costs the couple around $40,000 (£30,600).

Caring for their own pups is another major expense. Chris and Mariesa have spent thousands customising their home to make it as comfortable as possible for the 20 elderly dogs who permanently reside in their home.

A hydrotherapy pool to help the dogs exercise cost $30,000, while two custom king-size beds for the dogs to snooze on cost $5,000.

Mariesa, who sleeps with the majority of her pets each night, says: ‘We have two king-size beds next to each other because so many of the dogs want to sleep with us.

‘In my bed, I have Delilah on my head/pillow, Mabel next to me in a crown-shaped bed so I can clean her trach when I hear her cough, then next to Mabel, across the top of the bed is Vera who gives a little growl when she needs to go to the bathroom as she is not able to use her front legs to get up on her own.

‘Next to me as close as humanly possible are mother and daughter chihuahuas, Lacie and Pixie.

‘In my arms is a blue Pitbull named Stig, he kisses me whenever I move and then between my legs, under the covers is Sam, a senior Pitbull.

‘Mya Marie, Major and Fitzgibbons all go between the two beds and in Chris’s bed is always, Frenchie Mercury, our paralyzed French bulldog and Quinn.

‘Our older, blind dogs sleep in packs and play in our bedroom.

‘So Frank the pug and Pesto and Gizmo have their own personal space.

‘The greyhounds sleep in big beds on the floor and Meatball will sometimes come into bed but usually sleeps on a bed on the floor.

‘My puppy Phil sleeps in a bed next to me, he has hydrocephalus and a bad vertebrae in his neck so he wears a neck brace, I can’t let him sleep in the bed because he’s very aloof and can easily fall off.’

Along with a load of money, it takes a lot of time to care for the dogs, with around four hours a day dedicated to the pooches.

The dogs have their own doggie playground so they can play outside with the couple for hours a day, and they go on regular walks – even Mercury, who uses a wheelchair, and the elderly dogs who have to go in baby carriers as they’re less mobile.

‘When I get home from work it’s usually time to clean up any messes and then it’s dinner time, it feels a little like groundhogs day,’ says Mariesa.

‘When it’s nice out we spend time outside, they have a doggie playground, they like to roll in the grass and jump on us when we lay outside with them.

‘We don’t watch much TV but when we do, we do it as a family.

‘Bedtime is a process, just getting everyone out to do their business and settled into their spots in the bed, we are usually up a couple of times through the night letting different dogs out and at least four times a day or night, they all like to howl and sing, it’s pretty adorable.’

Life looking after so many dogs is a challenge, but the couple don’t regret a thing.

For them, it’s all about letting elderly dogs live out their final years in luxury.

‘The big thing that brings us together is our passion for saving senior dogs and giving them “the best, for the rest”,’ says Mariesa.

‘We are only able to do that through the support of our friends and followers.

‘It’s a lot knowing that we have to raise 40k each month but somehow, we always do it.

‘All of this because one dog lived, Moses, and we miss him every single day but we hope this rescue is honouring him.’

Get in touch by emailing MetroLifestyleTeam@Metro.co.uk to tell us more.

MORE: Saggy dog has much-needed face lift to remove more than a kilo of excess skin so he can eat and see

MORE: Chunky cat weighing 11kg couldn’t clean herself because of her hefty weight

MORE: What I Rent: Alice and Aiden, £1,400 a month for a two-bedroom flat in Muswell Hill, London

READ  Sydney baboon escape: the questions that remain
Share on FacebookShare on TwitterShare on PinterestShare on Reddit
newsgrooveJuly 30, 2020

‘We’re causing our own misery’: oceanographer Sylvia Earle on the need for sea conservation 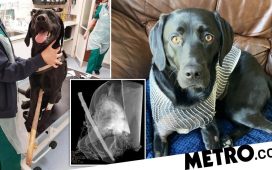 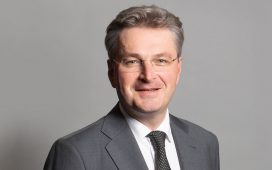