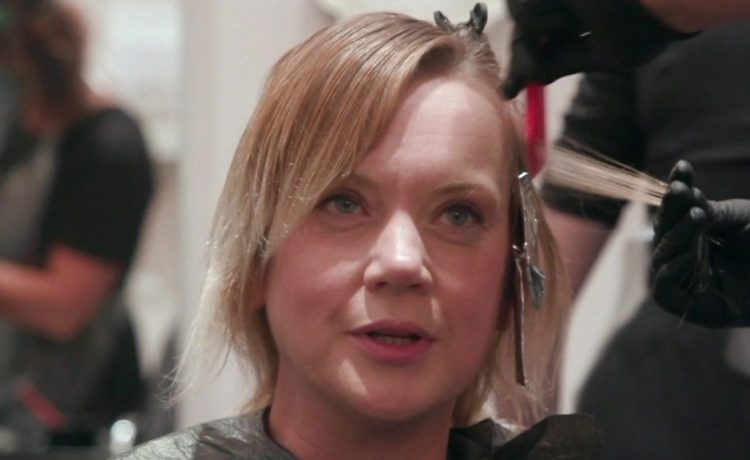 Rollercoaster rides, early morning pints and long barber shop queues – this is how England is emerging after three months of coronavirus lockdown.

But ministers have urged caution and England’s chief medical officer said the latest step was not “risk-free”.

On a visit to The Bell and Crown in Chiswick, west London, Mr Sunak said the almost half a million people who work in Britain’s pubs and bars were “helping us all to enjoy summer safely”.

Prime Minister Boris Johnson has urged people to act responsibly while Health Secretary Matt Hancock told the Daily Mail people were entitled to enjoy themselves at pubs. But he added that people who start fights or cause other disorder “could end up behind bars”.

Latest figures show a further 137 people have died after testing positive for coronavirus in the UK, bringing the total number of deaths to 44,131.

Speaking at the Downing Street coronavirus briefing on Friday, England’s chief medical officer Prof Chris Whitty said: “I’m sure nobody watching this believes this is a risk-free next step. It is absolutely not.”

Prof Robert West, an epidemiologist from University College London, said people should be “tremendously cautious” as lockdown eases, telling BBC Breakfast: “The virus still is with us. We are looking at around 20,000 new infections a week and around 1,000 deaths a week and the rates aren’t coming down very fast.”

Restaurants, hairdressers and cinemas were allowed to reopen just after midnight, with some hair salons welcoming clients in the early hours. But pubs were made to wait until 06:00 BST after fears of early morning partying.

Other places now allowed to reopen in England include:

Two households will also be able to meet indoors or outside, including for overnight stays, although they have to maintain social distancing.

After rules were relaxed, there was heavy traffic on the M5 near Exeter and long queues on the A303 near Stonehenge.

People in England should stay 2m apart, but the new “one metre plus” guidance means they can get closer if they use “mitigation” measures, such as face coverings and not sitting face-to-face.

Mr Johnson said a timetable for reopening other businesses including gyms, nail salons and night clubs would be set out next week.

But some 31% of bars, pubs and restaurants will stay closed on Saturday, according to the Night-Time Industries Association (NTIA).

NTIA boss Michael Kill said some association members felt “stuck in a bizarre tug of war between government, licensing and planning regulators and the police”.

The Tollington pub in north London said it hopes to welcome customers in the near future – but only “when it is safe to do so”.

In Leicester, pubs and other venues remain closed after the city became the first local lockdown on Monday, following a spike in Covid-19 cases.

Police in the city said they were preparing for a busy weekend, with more officers on duty than during a typical New Year’s Eve.

Leicester resident Dhansukh Rana, 79, said: “It is sad they have left out Leicester when the rest of the UK is moving on.”

This is a big moment. Hospitality chiefs have described it as an important development for the national psyche.

But it’s also a moment when health and economic concerns collide.

Trade body Hospitality UK estimates that 53% of pubs and bars and 47% of restaurants will reopen this weekend generating a total – they hope – of nine million visits.

But while a sector that employs three million people is keen to reopen, many are anxious. Will too many customers return to manage venues safely or too few to make it economically worthwhile?

Three-quarters of businesses expect to run their businesses at a loss this year and the industry estimates that even if this weekend goes well, the sector could lose 320,000 jobs.

It is a high-stakes gamble and the government will be watching nervously to see how the public responds and behaves.

That will ultimately determine whether we are getting a sufficient economic bang for the health risk buck that medical experts say we are inevitably spending this weekend.

Sandra Jacobs was one of the first people through the door at her local hairdressers in Camden, north London, after midnight, describing it as “such a relief” to be back in the salon chair.

“My hair was everywhere. I’d been wearing hats to hide it,” she said, adding that her new haircut made her feel “normal again”.

Her hairdresser, Carole Rickaby, said it was great to pick up the scissors again. “We’re being very cautious with aprons and facemasks, but it can be a bit of a problem,” she said.

Meanwhile, newlyweds Louise Arnold and Jennifer Wilson, both 22, are believed to be the first to marry in England after restrictions were eased.

The couple tied the knot at 00:01 BST in Cheshire in front of 16 guests, and the wedding was available online for friends and family who were unable to attend.

They have been engaged for three years and had just over a week to prepare for their rearranged nuptials, after cancelling their previous plans.

What is happening in the rest of the UK?

Each UK nation’s lockdown measures differ, including varying rules on the reopening of food and drink outlets.

In Northern Ireland, pubs and restaurants could reopen on Friday.

In Scotland, beer gardens and outdoor restaurants will be allowed to reopen from 6 July, and indoor areas can be used from 15 July.

The Welsh government has promised talks with the hospitality sector about a “potential phased” reopening, but no dates have yet been given.

How are you planning to deal with lockdown easing? Are you going to meet loved ones for the first time since it began? Are you working? Are you happy or concerned about lifted restrictions? Please email haveyoursay@bbc.co.uk.

READ  Boris Johnson flat refuses to ask for Brexit delay despite law ordering him to
Share on FacebookShare on TwitterShare on PinterestShare on Reddit
newsgrooveJuly 4, 2020