The Vamps’ Connor Ball used gaming to relieve his anxiety on tour.

The 25-year-old bassist – who is currently competing on ‘Dancing on Ice’ – loves playing video games to “escape” from the hectic and exhausting lifestyle of being on the road and performing night after night.

Connor exclusively told BANG Showbiz: “I think being on tour and stuff, I use gaming as a way to kind of escape, if I was feeling anxious or worried or anything like that.”

While listing his favourite games – such as ‘Valorant’ and ‘Call of Duty’ – Connor revealed it was actually ‘FIFA’ that he and his Vamps bandmates bonded over.

Connor quipped about the popular football game: “I’m absolutely awful at [it] but I still like it as it’s pretty social. But yeah, that’s our game, we love to play ‘FIFA’ on tour and stuff.”

The ‘Can We Dance’ hitmaker and YouTuber is a strong advocate for the community-building aspect of gaming and has used it to foster strong relationships.

He said: “I’ve met a lot of my best friends whilst gaming online.”

Connor’s passion for the connectivity and power of video games led him to become the co-owner of LDN UTD – an esports organisation that seeks to put on events for the online gaming community – after previously serving on its board.

He considers it distinct from other esports organisations because of its emphasis on “social issues”, such as racism, knife crime and mental health awareness, which is close to Connor’s heart as he has spoken previously about his own internal struggles.

Connor said: “But the thing I like about LDN UTD is that they focus on a lot of social issues, so they’ve done events like United Against Racism, Grime Against Knives, so they are really focused on that side of it. So you know, we are working on stuff to do with mental health.”

He added: “Personally, gaming has helped a lot with my mental health.”

Away from his new enterprise, Connor revealed the boy band – which is completed by Bradley Simpson, James Brittain-McVey and Tristan Evans – currently have no plans to hit the road, following their last jaunt in September.

He said: “We haven’t got any kind of solid plans as of yet.” 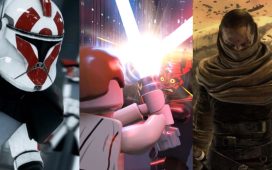 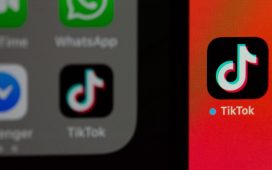