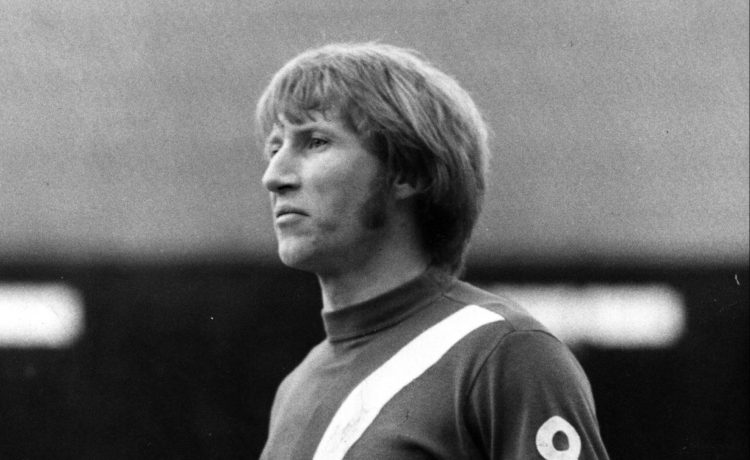 Regarded by many as City’s greatest ever player, Bell made 492 appearances and was part of the 1967-68 First Division title-winning side under Joe Mercer and Malcolm Allison.

Bell also won the FA Cup, the League Cup and the European Cup Winner’s Cup during his 13-year stay at City, scoring 152 goals for the club.

The 74-year-old passed away on Tuesday afternoon following a short non-Covid related illness, leaving behind his wife Marie, two children and four grandchildren.

Bell is considered an icon among City supporters, who voted to name a stand after him following their move to the City of Manchester Stadium in 2004.

The club’s players will wear commemorative pre-match shirts before Wednesday’s EFL Cup semi-final against Manchester United at Old Trafford with Bell’s No 8 on the back as a tribute.

Mike Summerbee, a friend and former team-mate of Bell’s, expressed his “complete shock” on learning of his death.

“Colin was a lovely, humble man. He was a huge star for Manchester City but you would never have known it. He was quiet, unassuming and I always believe he never knew how good he actually was.

“He was just the greatest footballer we have ever had. Kevin De Bruyne reminds me a lot of Colin in the way he plays and the way he is as a person.”

“Colin was incredibly humble and a modest and understated man with an obvious inner strength of character. He was clearly comfortable with who he was and what he had achieved in the game,” he said.

“For the rest of us, there is always the thought of what might have been if injury had not affected his career. Undoubtedly more trophies for City and far more than the 49 England caps to his name.

“Our club has lost a true great. Everyone’s thoughts and best wishes are with Colin’s family.”