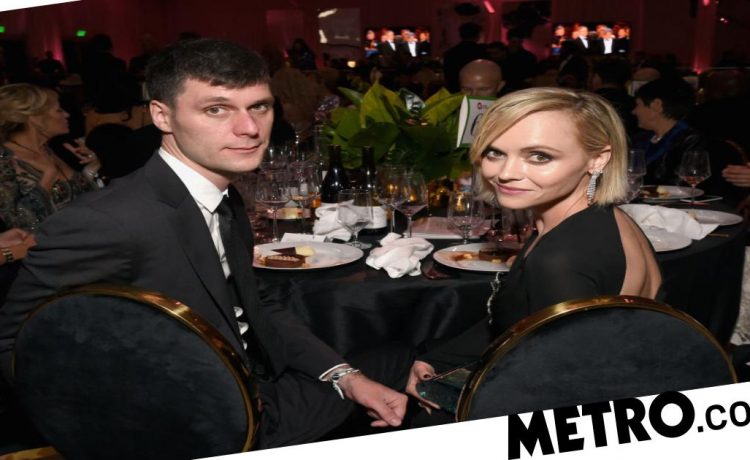 Christina Ricci has been granted a restraining order against her estranged husband James Heerdegen, following allegations of domestic violence.

The 40-year-old actress filed a request for a domestic violence restraining order six months after she filed for divorce, according to People.

A judge granted the star’s request and Heerdegen must stay 100 yards away from Ricci, has no visitation rights with their six-year-old son Freddie, and must stay away from the family dog, under the terms of the restraining order.

Heerdegen’s attorney Larry Bakman told TMZ that they will file for their own restraining order against Ricci ‘detailing her abusive conduct fuelled by alcohol and substance abuse. His papers will also include documentation that Ms. Ricci advised law enforcement in December 2019 that there had been no prior incidents of domestic violence between the couple, thereby calling into question her credibility’.

Bakman said his client ‘unequivocally denies all allegations of abuse made by Ms. Ricci as having occurred in 2020’.

In the filing obtained by People, Ricci alleges that she was subjected to ‘sever physical and emotional abuse’ by her husband of nearly seven years, claiming that the alleged abuse started when she learned she was pregnant in October 2013.

The Casper star wrote in her declaration: ‘He said the only way he could feel sorry for me is if I were dismembered into small pieces. That night I hid all the knives in the cabin where we were staying. I feared for my life and the life of our son. I slept in a separate bedroom with Freddie, and I locked the door.’

Ricci alleged that she was ‘brutally attacked’ by Heerdegen on December 16, 2019, ad months later told her husband that she wanted a divorce.

However, lockdown began, and Ricci alleged that Heerdegen ‘focused solely on punishing and terrorising me 24 hours a day’.

The Addams Family star claims that Heerdegen chased her through the house as she tried to call 911 on June 2, and wrote: ‘He grabbed my wrists and hands, dragged me, and slammed my body into the fire pit we have in the yard. I suffered cuts, bruising, and soreness of my hip, which still causes me pain today.’

Following an incident on June 25, when Ricci alleges that Heerdegen threw a chair at her and spat at her in front of their son, she was granted an emergency protective order against her husband.

In the filing, Ricci claimed that Heerdegen has threatened to ‘abduct’ their son, and that she fears Heerdegen releasing private audio and video recordings of her.

Ricci has requested that Heerdegen be blocked from returning to the family home by court order, and that the court order Heerdegen to attend a 52-week batterer intervention programme.

The pair met on the set of Pan Am, in which Ricci starred as Maggie and Heerdegen worked as a dolly grip, in 2011.

They began dating the following year and announced their engagement in February 2013, going on to tie the knot in Manhattan in October of that year.

Their son Freddie was welcomed the following year.

Metro.co.uk has contacted Ricci’s rep and Heerdegen’s lawyer for comment.

READ  YouTuber James Charles under fire for ‘influencer representation’ comment as Lilly Singh and Liza Koshy shine at Met Gala
Share on FacebookShare on TwitterShare on PinterestShare on Reddit
newsgrooveJanuary 21, 2021