Nowadays, children have the opportunity to learn about coding in an entertaining way. On February 22, parents brought their children to the Yasuda Center to attend courses on programming held by Kids That Code.

The class utilizes Scratch, a free programming language, provided by MIT, that allows for the creation of custom games and animations with coding. Kids were all seated in the class with their own laptop following what the instructor was doing on the screen.

In the first class of the day, students learned how to create their own 2D platformer game using elements from Super Mario Bros. Over the course of four weeks they will learn how to get the character to move across the screen, jump and even insert sound effects. The instructors teach the kids coding terminology and have discussions with the class along the way.

“Kids enrolled in the course are usually gamers themselves and are very excited to learn how games are made,” said Allison, one of the teachers in the class.

Students can apply the knowledge acquired in this class in their own projects as well.

“Students in our classes are often times artists themselves and are able to use these to contribute and create their own games, as well as other projects,” said Laura, who was instructing the class. “Courses like these inspire kids to go out on their own and be creative. I’ve seen projects that our students have started on their own and it’s impressive to see what some of the kids are capable of making.”

The next class had students load Minecraft and learn how to build combination locks using logic gates. This allows for the creation of automated devices and traps within the game. The kids all had a great time interacting with each other in game as they built their logic gates.

Kids That Code will be having a 4-day spring break camp from March 23 – March 26. Kids will be learning how to program their own video games, build and program their own circuits, design their own website, and more, using programs such as Minecraft, Scratch, and Roblox.

You can learn more about Kids That Code and the programs they offer on their website: KidsThatCode.org

People are turning to video games for comfort in uncertain times, but they’ve always been a force for good – GamesRadar+

Video games: The good, the bad, the addictive! – News Four 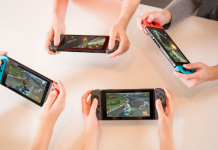 What It’s Like When Gaming Helps You Get Sober – VICE