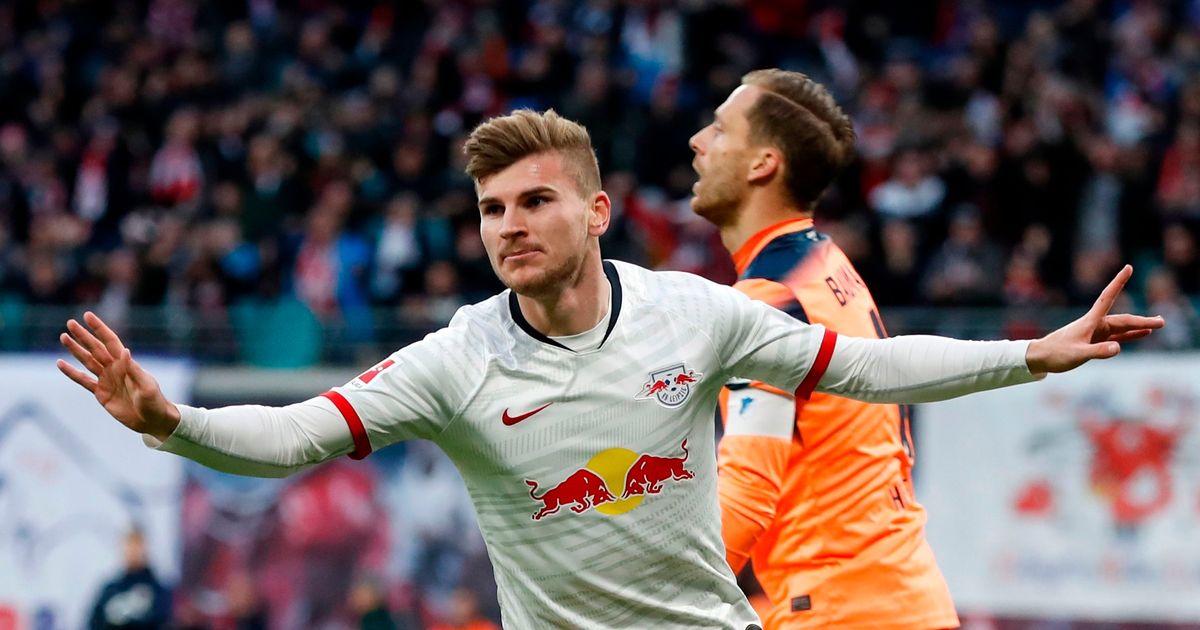 Chelsea are set to battle Liverpool and Manchester United for the signature of Timo Werner, according to reports.

Red Bull Leipzig striker Werner has attracted the attention of clubs across Europe during a stunning season for the Bundesliga table-toppers.

The 23-year-old has scored 18 goals in 17 league games for Leipzig, also chipping in with six assists.

Werner has long been linked with Liverpool , while he is also a potential target for United after Erling Braut Haaland joined Borussia Dortmund this week.

But now Chelsea – who have money to spend after being banned from making transfers last summer – are weighing up an offer.

Chelsea are investigating whether they can activate a release clause to sign Werner in the January transfer window, according to a report from The Telegraph .

The report says Werner is one of several forwards being considered by Chelsea, with their shortlist also including Moussa Dembele, Jadon Sancho, Wilfried Zaha, Leon Bailey and Samuel Chukwueze.

Leipzig will no doubt fight to hold onto Werner as they target the Bundesliga title and an assault on the Champions League.

The German side topped their Champions League group and will face Tottenham in the last 16.

Reports of Werner’s release clause have varied from £25million to as much as £51m, so Chelsea are attempting to clarify the truth with a view to a possible January swoop.

Last summer, the Blues were unable to sign anyone other than Mateo Kovacic – who was already at Stamford Bridge on loan from Real Madrid – due to a two-window transfer ban imposed by FIFA for breaching rules on signing young players.

That ban was halved after an appeal from the club to the Court of Arbitration for Sport, meaning Chelsea are free to add to their squad in January.