Day tragically died after suffering a head injury in his fight with Conwell at the weekend.

The American was hospitalised on Sunday after being knocked out by his 21-year-old opponent at Chicago’s Wintrust Arena.

Day required medical attention in the ring and was fitted with a neck brace and oxygen mask before being taken away on a stretcher.

The super welterweight, a two-time golden gloves champion, was put in a medically induced coma by doctors after the 10th round knockout, but tragically passed away on Wednesday.

Conwell has not spoken publicly since Day’s death, but had sent a heartfelt message via Twitter the day before his death.

It read: “Dear Patrick Day: I never meant for this to happen to you. All I ever wanted to do was win.

“If I could take it all back I would. No one deserves for this to happen to them.

“I replay the fight over and over in my head thinking what if this never happened and why did it happen to you.

“I can’t stop thinking about it myself. I prayed for you so many times and shed so many tears because I couldn’t even imagine how my family and friends would feel.

“I see you everywhere I go and all I hear are wonderful things about you. I thought about quitting boxing but I know that’s not what you would want.

“I know that you were a fighter at heart so I decided not to [retire] but to fight and win a world title because that’s what you wanted, and that’s what I want.

“I will use you as motivation every day and make sure I always leave it all in the ring every time. #ChampPatrickDay With Compassion, Charles Conwell” 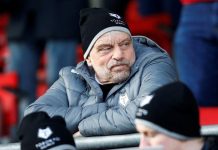 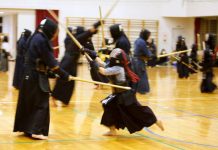