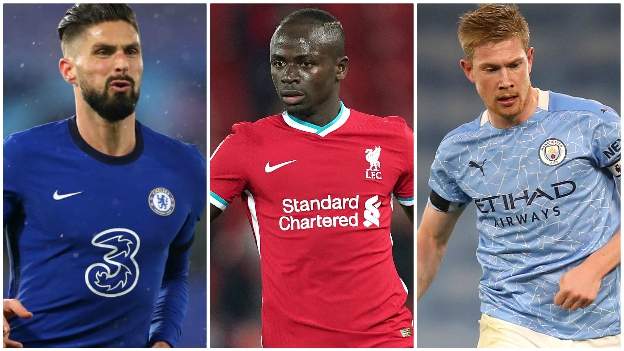 The line-up for the Champions League last 16 is complete with Chelsea, Liverpool and Manchester City joining champions Bayern Munich and 12 other teams from across Europe in the knockout stage.

The trio all won their respective groups to progress, with Manchester United the only side from the Premier League to suffer an early exit.

Spanish giants Barcelona and current La Liga leaders Atletico Madrid are two potential opponents, but who else could the three English sides face?

The draw takes place on Monday, 14 December at 11:00 GMT. It will be held at Uefa’s headquarters in Nyon, Switzerland.

Teams from the same national association cannot be drawn against each other. That means Real Madrid cannot meet Barcelona or city rivals Atletico until the quarter-finals.

Who is in the last 16 and who is seeded?

Chelsea, Liverpool and Manchester City are all seeded after winning their groups so that means they will avoid tough ties with Bundesliga champions Bayern Munich, Serie A winners Juventus and French giants Paris St-Germain.

When will the last-16 ties take place?

Seeded teams will play away for the first leg before being at home for the return matches.

Who are the surprise packages?

Borussia Monchengladbach are into the Champions League knockouts for the first time, joining Real Madrid in progressing from Group B.

Atalanta were the surprise story of last season’s competition as they reached the quarter-finals on their debut in the competition. They won at Ajax to reach the last 16 this time.

READ  Project Restart 'may prove beyond us', says Palace chairman