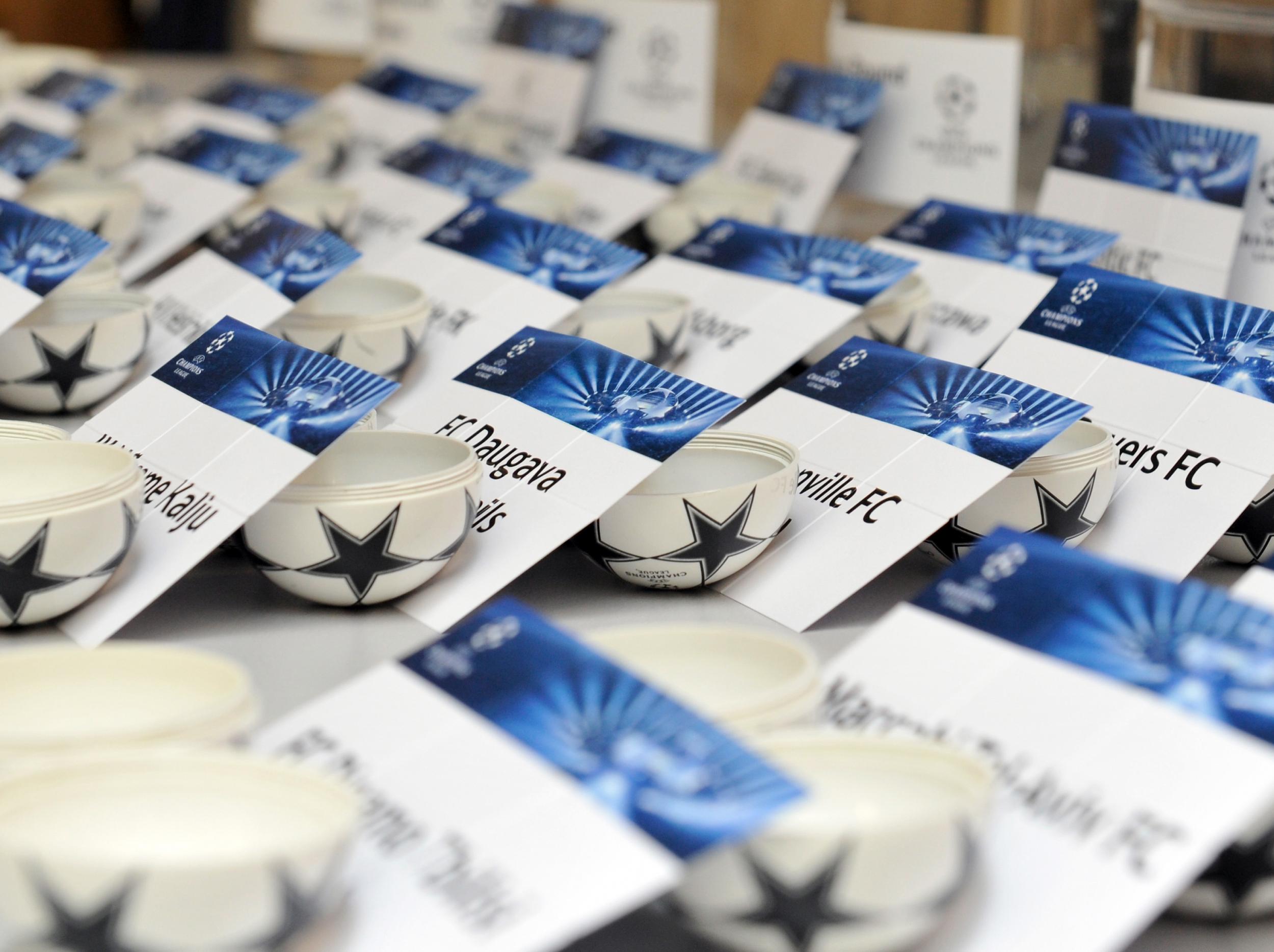 Join us for LIVE coverage from Monte-Carlo, Monaco as the draw for the group stage of the 2019/20 Champions League takes place.

Liverpool, Manchester City, Chelsea and Tottenham Hotspur will all learn their fate ahead of match day one, which takes place across September 17-18.

Meanwhile, a series of European giants on the continent have spent lavishly though this summer, with Real Madrid rebuilding under Zinedine Zidane, Barcelona pinching Antoine Griezmann from rivals Atletico Madrid and signing one of the revelations from last season’s competition in Frenkie De Jong from Ajax. Follow LIVE coverage of the draw below:


Crvena Zvezda are the only team to ever win four qualifying rounds to reach the group stage of the Champions League.

They’ve done it in back-to-back years.

Impressive from Vladan Milojevic, are the Belgrade side the one team every team in pots 1-3 will want to avoid from pot 4?


Chelsea are back in the Champions League, but since Roman Abramovich’s arrival in 2003, the Blues have arguably never had less expectations entering the competition.

Winning the Europa League last season confirmed a successful campaign alongside a third-placed finish, but now Frank Lampard must build on that.

He’ll know a top four finish should be complimented with a run to the last 16 here at least.

And with their place firmly in pot one as a result of their victory in Baku, they stand a good chance of qualifying out of the group stage.


Frank Lampard on his objective at Chelsea to secure a long run in the Champions League after missing out last season.

“I had some great nights in it, great moments and great memories. Talking about the players, they want to play in it and show what we are about.

“It is nice that we are there. It means that we need to keep our league performances up now to be there next year and tackle it head on.

“It is the greatest club competition in football and I was lucky enough to win it once. I’m looking forward to working in it as a manager.”


Two hours until the draw!

The countdown is on in Monaco.


The next winner of the Ballon d’Or?

Virgil van Dijk is in the running after leading Liverpool to glory in Madrid.

He is in Monaco for the draw and looking rather cool too.

Who will win the prize this year?


PSG look set to be very busy before the end of the window.

Reports in France now suggest they want Luka Jovic once they sell Neymar to Barcelona.

The Serbia forward only joined Real Madrid this summer for €60m.

How will their activity in the transfer market affect their chances of winning the Champions League this season?

They are currently fifth favourites at 10/1, alongside Juventus.


A throwback to stars from yesteryear.

Legendary players showing off their silverware.


Who will be the player of the year from last season?

Cristiano Ronaldo’s legendary hat-trick vs Atletico Madrid was one of the moments of the season.

But Van Dijk was so important for the eventual winners Liverpool.


Here are the teams who qualified late through the play-off:


The Champions League could see Barcelona and Neymar back together.

That’s because Gianluca Di Marzio is reporting the Brazilian’s PSG exit and return to the Camp Nou is done.

Could Ernesto Valverde’s side now become the favourites for the Champions League?


The front page of today’s AS in Spain. The paper has made clear which teams to avoid. “The danger is English” reads the headline.


Champions League aside, Uefa’s men’s player of the year will also be announced this evening, with Lionel Messi, Cristiano Ronaldo and Virgil van Dijk all in contention.


One from last week but a topic that refuses to go away:


And here’s a reminder of how the four pots look:

When and where is the Champions League draw?

The draw will take place in Monaco on Thursday, August 29.

Expect proceedings should get underway at around 5pm.

How can I watch the draw?

The draw will be available to watch for free on Uefa’s official website with a live stream, while BT Sport will provide coverage and analysis across their platforms.

Alternatively Independent Football will have you covered with a live blog to follow on the move or at work.

Matchday one of the group stage will take place on September 17-18.