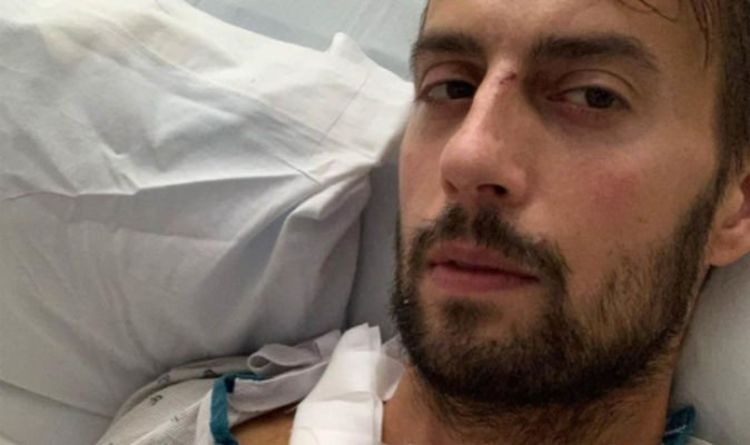 Anna Marie Arredondo, who walks dogs for the rich and famous, is stepping up protection. She said the recent snatching of Lady Gaga’s dogs, which saw walker Ryan Fischer shot in the chest, brought home the risks. She routinely carries a Taser and pepper spray, and on night jobs, she takes her boyfriend along as a lookout and minder. She is planning to train in self-defence and is also considering applying for a “concealed carry” weapon permit. This would allow her to keep a gun for personal protection in the state of California.

After the theft of two of Lady Gaga’s French bulldogs and the shooting of her assistant as the animals were snatched, Anna Marie believes: “There’s a target on every dog walker now. They shot to kill this guy.”

She and fellow walkers now change the routes they take each day, avoid night walks wherever possible and watch out for suspicious activity.

She said: “People think dognappers are not calculating but they are. The snatching of Lady Gaga’s dogs appears to have been carefully planned – and they had no hesitation gunning down anyone in the way.”

Anna Marie reckons the risks have increased because some of Hollywood’s pampered pooches are famous in their own right. One of Gaga’s bulldogs has 200,000 followers on Instagram.

Other celebrities who pose regularly on social media with their pets include singer Katy Perry and her micro teacup poodle Nugget, movie star Leonardo DiCaprio and his two huskies Jack and Jill, and pop star Justin Bieber and his rescue mongrel Oscar.

As well as having microchips implanted in their animals so they can be tracked anywhere, many have now also reportedly taken out special pet insurance.

Licenced LA private investigator Vicki Siedow said dognapping is booming: “We have a tremendous number of stolen dogs here. The animals are literally snatched out of people’s hands. They will just grab the leash and run, even in broad daylight.

“Usually they’re cute little friendly breeds – French bulldogs, Yorkies, Maltese and Shih Tzus – that are easy to pick up and won’t fight back.”

Bloodhound handler Landa Coldiron, whose past clients have included Guns N’ Roses rocker Slash, said: “It might well be that the taking of Lady Gaga’s dogs is a complete game-changer.

“Criminals everywhere will have noted how quickly she offered a reward of half-a-million dollars for their safe return.”

READ  Montana Brown speaks out on Mike Thalassitis’ suicide as she attends inquest with his family
Share on FacebookShare on TwitterShare on PinterestShare on Reddit
newsgrooveMarch 21, 2021