A date has been set for the inquest into Caroline Flack ‘s death just six months after she took her own life.

The Love Island host’s died on February 15, weeks before she was due to stand trial for an assault on model and former tennis pro Lewis, 28, at their £1million North London flat on December 12. She was charged without Lewis’ backing.

Caroline’s cause of death was revealed as suicide by hanging when the inquest into her death opened back in February.

The probe will conclude on Wednesday, August 5, with a hearing at Poplar Coroner’s Court in London.

When the inquest opened, Coroner’s Officer Sandra Polson said the star had “apparently been found hanging” on February 15, while an autopsy said the provisional cause of death was suspension by ligature.

Poplar Coroner’s Court heard how Caroline’s body was identified by her twin sister Jody Flack, who had been due to visit her that day.

Opening and adjourning the inquest, assistant coroner Sarah Bourke confirmed the hearing would resume on August 5.

Caroline took her own life on February 15, and was found by her twin sister Jody. Paramedics attempted to revive her with CPR, but she was later pronounced dead.

Police had been called to her Islington flat in the early hours of December 12 after reports a man had been assaulted. She was charged with assault by beating the following day.

Caroline pleaded not guilty to the charge while Lewis stood by her, though the couple were banned from seeing each other before the trial.

She stepped down from her job as host of Love Island, with her close friend Laura Whitmore taking over the role for the Winter Series in South Africa.

The show was on air at the time of her death, and was pulled from the schedule for several days after the shock news.

Since the tragedy, Ed Beltrami, who was North London area head of the CPS, defended the decision to continue with Caroline’s prosecution.

His comments have since been slammed by  Caroline’s mother Christine, who accused the CPS of moving forward with plans for a trial despite her daughter’s fragile state.

She said: “It is deeply regrettable that Mr Beltrami could not have let my beautiful daughter rest in peace.

“My daughter was unable to defend herself during her life and is unable to do so now. Shame on you.”

Before her death, Caroline pleaded not guilty to assault by beating but took her own life a hours after learning prosecutors were proceeding with the case.

The popular TV host had strongly denied the charge and her family branded it a “show trial”. 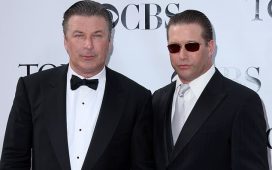