Cardiff City have invited fans to pay tribute to Emiliano Sala on the first anniversary of the plane crash in which the Argentine striker died.

Sala was flying to Cardiff from Nantes when the plane he was in crashed into the English Channel on 21 January 2019.

The Bluebirds say fans can lay wreaths at the Fred Keenor statue at Cardiff City Stadium.

Nantes are planning a commemorative shirt to raise funds for the Argentine clubs Sala, 28, played for.

The French Ligue 1 team will wear the shirt when they face Bordeaux at the weekend, and proceeds from sales of the jersey will go to the Club San Martin de Progreso and Proyecto Crecer clubs.

As well as tributes at Cardiff City Stadium, a public service will also be held for Sala and pilot David Ibbotson at St David’s Metropolitan Cathedral in the city later on Tuesday.

Sala’s body was recovered from the wreckage of the plane in early February, but 59-year-old Ibbotson, from Crowle, North Lincolnshire, has still not been found.

Cardiff and Nantes remain in dispute over the transfer fee for Sala.

The Welsh club had refused to pay any of the fee, claiming the agreement was not legally binding so Sala was not officially their player when he died.

But in September, world governing body Fifa ruled the club should pay the first instalment of £5.3m (6m euros) to Nantes.

Cardiff have challenged the ruling and a Court of Arbitration for Sport hearing in Lausanne is expected in the spring, with a judgement due to follow in June.

Ireland v Italy should be called off due to coronavirus, says health minister 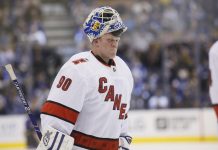