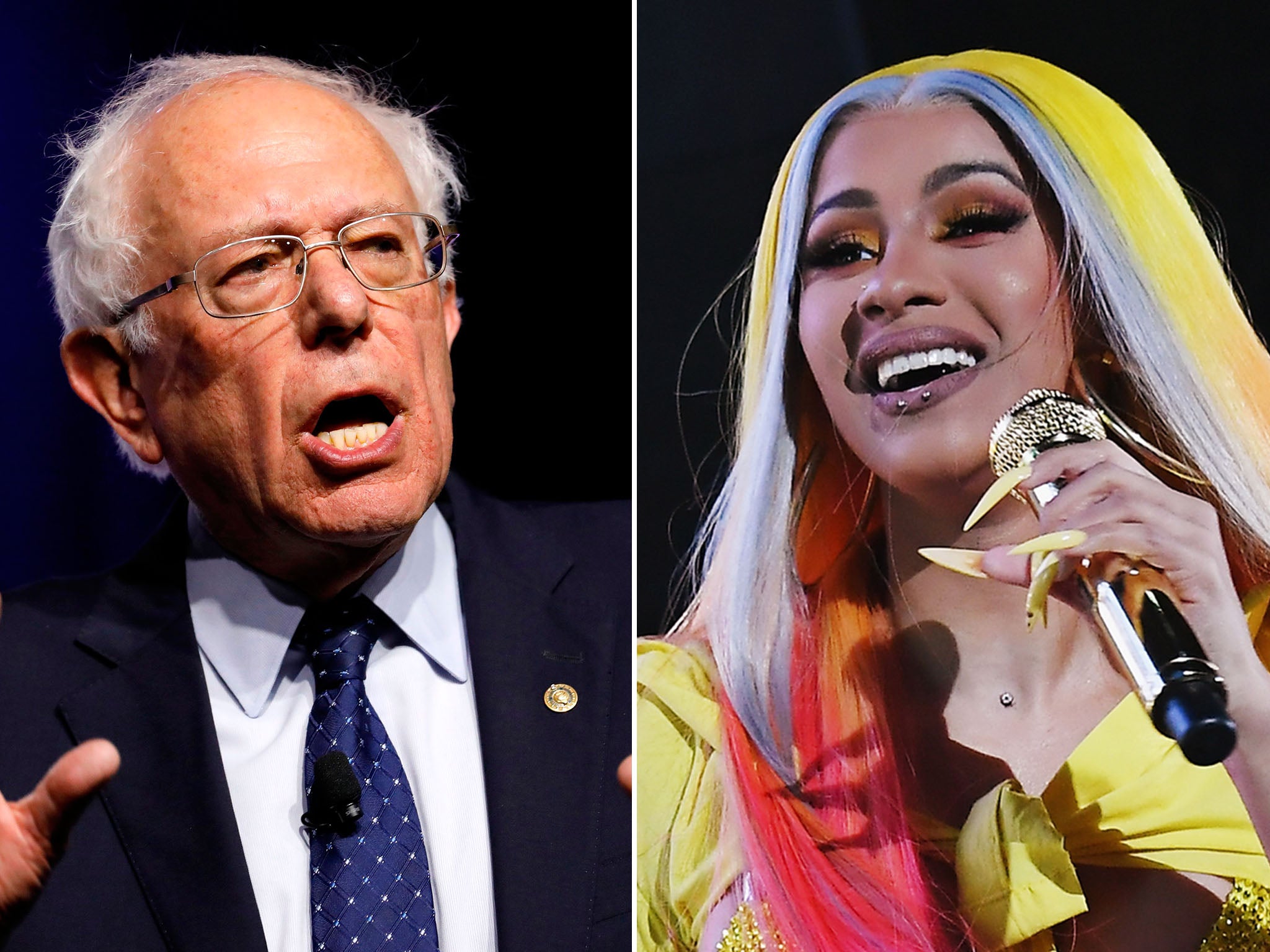 Cardi B has continued her entrance into the political arena by posting a photograph of her latest interaction with the socialist Democrat Senator Bernie Sanders, along with confirmation that the pair have collaborated on a video for his 2020 presidential campaign.

“Thank you Senator Bernie Sanders for sitting with me and sharing your plans on how you will change this country,” Cardi wrote in an Instagram caption. “A couple of weeks ago I asked my followers if you had the opportunity to have questions answered by a Democratic candidate, what would it be?

“I got a lot of submissions and selected the most popular questions to get answered. Stay tuned to see how he will fight for economic, racial, and social justice for all. Together, let’s build a movement of young people to transform this country.”

The rapper has appeared to have politics on the brain through most of the week so far, as yesterday she additionally took to her Instagram Live to slam Donald Trump for his non-reaction to police brutality.

She explained: “Every single time I see a black man get killed or mistreated by the police, I just keep saying like, ‘What the f***? Nobody gives a f***. Nobody cares? Nobody cares?’ And I stopped saying that because nobody do care! Nobody cares. He don’t care!”

She then said that, in comparison to Barack Obama’s tendency to give statements and express compassion for victims of police brutality, Trump has taken a different tack. “This guy, I know he sees it and he don’t give not one s***. I feel like police brutality is going to keep going until he’s [no longer] president.”

In conclusion, she told fans to get involved in next year’s election, after reasoning that Trump still stands a good chance of winning another four years in office. “[As long as] this man is the president and he most likely will have a chance in 2020, s*** like that’s going to keep on happening” she said. “So please, get educated about these candidates so we can get this d*** the f*** out. Because he don’t give a s*** and s*** could get worse.”

Last week Sanders explained his fondness for Cardi during a TV appearance, explaining that “she is really smart and she is deeply concerned about what’s happening in this country. That’s the truth. She comes from a humble background and she knows what it’s like to live in poverty, to struggle, and she wants to make sure that we can improve life for working people in this country. I’m delighted that she is a supporter.”