Calls for GCSEs to be scrapped by 2025 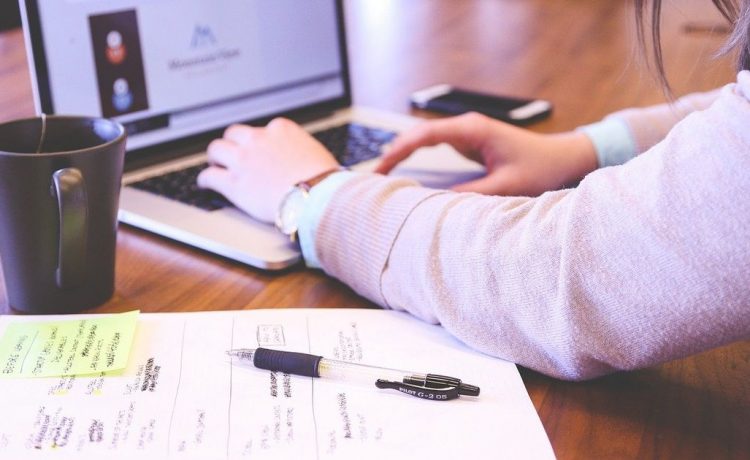 GCSEs should be scrapped by 2025 and replaced by computer-based assessments in the majority of national curriculum subjects, a think tank has said.

A new report from EDSK, calls for an overhaul of secondary education in England.

Tom Richmond, EDSK director and former adviser to both Michael Gove and Nicky Morgan, said the “unprecedented events” brought about by the coronavirus pandemic have created “a rare opportunity to consider how we can do things better in future”.

Rod Bristow, Pearson’s president of UK and global online learning, said Covid-19 will “force us all to adapt and rethink how we both educate and assess our young people”.

He added: “While we work with the Government, schools and colleges and other exam boards to make sure the system delivers for learners in 2021, we also have a responsibility to look further ahead and use this unique moment to consider all of the issues.”

Bristow said the public debate was so far “focussing narrowly” on whether GCSEs should be scrapped, “but we recognise that GCSEs are just one stage in the age 14 to 19 journey”.

“Coherence across all stages of education is essential and Covid aside, we need to ensure what young people learn, how they learn it and how it is assessed, is fit for the 21st century.”

Should GCSEs be scrapped?


These are the key findings and recommendations:

GCSEs are too expensive and too restrictive

The think tank argues that the use of a ‘school leaving qualification’ like GCSEs at 16 are redundant in a system where students are required to stay in education until 18.

READ  Dear Coleen: Should I tell my wife I know that she’s cheated on me?

EDSK states it costs an estimated £200 million to deliver current GCSE exams – equivalent to £52,000 per school – and the use of a ‘comparable outcomes’ grading system means a pre-determined proportion of pupils will always be awarded the lowest marks.

In addition, the report finds the introduction of Ebacc and Progress 8 measures has led to academic GCSE subjects being prioritised – with the average number of subjects studied at Key Stage 4 dropping from 11.2 in 2010-11 to 7.7 in 2019.

Richmond states that the high-stakes GCSEs should be replaced with low-stakes digital assessments at 15 which act as a ‘staging post’ for pupils working through secondary education.

The computer-based assessments would test pupils understanding of essential knowledge and key concepts, but instead of receiving a grade each pupil will be awarded a certificate that documents their results.

Assessments will be shortened to 1.5-2 hours for each subject, down from the current 3.5-4 hours.

Additionally, the report states the “flexibility” of digital assessments will help future proof the school system and allow schools to “Covid-proof’ assessments in coming years.

How would this work in practice?

The existing national curriculum subject entitlements will be extended to 15 and made mandatory for all schools – including academies.

In all national curriculum subjects, apart from those with a significant practical element such as art, an online assessment will be completed in the summer term.

READ  Kodak has brought out the world’s largest puzzle – with 51,300 pieces

Students will then be awarded a ‘Lower Secondary Certificate’ which documents results across all subjects and their percentile rank (the percentage of pupils who scored lower).

‘Comparable outcomes’ will be scrapped and after sitting the assessments pupils will then be free to choose which type of course and qualifications they want to pursue as they move on to Upper Secondary.

What would it mean for schools?

To accommodate the two phases of the secondary system, existing secondary schools would either reduce their provision by one year group or expand to become 11-18 institutions.

Middle schools, which currently go up to age 13, will likewise reduce provision by two year groups or expand upwards to age 15.

At Lower Secondary level, schools will be held accountable to two measures which are calculated as three-year rolling averages – progress and attainment.

Progress will be the average progress learners make between SATs at age 11 and Lower Secondary tests at 15, relative to progress made by learners in other schools with similar SAT results.

While attainment will be the overall score achieved by learners across the test along with their average scores in each subject.

That said, many argue that there needs to be alterations to education post-pandemic, but it shouldn’t be rushed.

A lot has changed over the past year. The effect of Covid has been seismic for individuals, industries and countries around the globe. But there is now hope that mass vaccination will arrest the rate of infection and save a great many lives.

READ  Simple Christmas tree mistake that could cause a devastating fire

Yet we may only just be starting to feel some of the shockwaves created by the disease. While crises can create positive opportunities for change, their reverberations can damage well-laid foundations. This is our worry for education here in the UK and around the globe.

Few aspects of the current education and assessment landscape have escaped attention. Some think the national curriculum should be scrapped or that textbooks are a thing of the past. Secure, well-grounded evidence says otherwise.

And then there are the calls to cull GCSEs.

Geoff Barton, General Secretary of the Association of School and College Leaders, said: “We agree that the current qualification system is ripe for reform. Students sit a very large number of high-stakes GCSEs at the end of secondary school and this seems increasingly unnecessary in a system in which young people generally stay in education and training until 18.

“There will be many different views on how to achieve such reforms, and the best way to progress would be to conduct a review which looks at the system as a whole and how it might be improved. However, the government is currently not minded to reform the qualification system and the immediate objective is to persuade it of the need for change.”

National Education Union (NEU) and NAHT Union for Head Teachers have been contacted for comment.