Business leaders have urged the government to dramatically ramp up the levels of emergency support available for companies or risk spiralling job losses across the UK as the coronavirus outbreak escalates.

Sounding the alarm as efforts to control the spread of the disease put Britain on the brink of recession and sent stock markets plunging, the Confederation of British Industry told ministers to come up with ambitious plans to provide immediate help to struggling companies.

“There will be an immediate cost – but the cost of inaction will be far greater,” Carolyn Fairbairn, director general of the CBI told the Guardian. “Some of our largest companies and biggest employers are at risk, with possible large-scale failures and job losses without fast action.

“Rescue packages will need to be developed and made available instantly, including help in paying wages and relief on taxes, for example by extending business rates deferrals to larger firms.”

Trade unions urged the government to consider taking financial stakes in airlines and airports to ensure their survival, as well as subsidies, tax breaks and emergency loans. In a letter to the prime minister, the general secretary of the Unite trade union, Len McCluskey, said: “We urge you to release government funding immediately, so the industry, and the jobs within it, can survive what will effectively be a period of dormancy during the next difficult period.”

Business leaders said the government deserved credit for launching £12bn of emergency funding at last week’s budget, alongside the Bank of England cutting interest rates close to zero to support jobs and growth. However, industry groups and economists warned further action was needed.

Paul Johnson, director of the Institute for Fiscal Studies, told MPs on the Treasury committee: “At the time they were drawn together they may have looked like the right sort of scale. But it’s become clear even in the last week that the scale of the impact is going to be bigger than it appeared to be previously.”

Rishi Sunak, the chancellor, said the government would provide further support if necessary after the budget and would do “whatever it takes” to protect households and businesses. Johnson added: “The chancellor said he would come back and do more if need be, and I’d be astonished if he didn’t.”

UK Hospitality, the trade body for leisure companies likely to be among the hardest hit from a sharp drop-off in consumer demand, said budget measures including tax breaks and government backed loans were “helpful but do not go nearly far enough to support the vast majority of hospitality businesses who are in the eye of the storm”.

Sunak announced last week that relief on business rates – a levy paid by companies on the properties they use – would be extended to all small retailers, hospitality and leisure firms covering almost half of all business premises. However, Paul Swinney, director of policy and research at thinktank Centre for Cities, said it would mainly help businesses in cities in the south of England where property values were higher and would have very little impact on northern cities.

Amid the prospect of vast numbers of workers taking time off due to illness, firms with fewer than 250 staff are also eligible for government refunds for their sick-pay bills. Although being prepared for launch as soon as possible, the Treasury admitted the package would only be ready after “work with employers over the coming months”.

Small firms form the backbone of the British economy, together employing an estimated 16.6 million workers, or about 60% of the overall workforce. However, the CBI warned the nation’s 8,000 large firms, which employ more than 10.8 million staff and account for 40% of the workforce, also need support to prevent mass job losses.

Fairbairn added: “Firms large and small know the combination of dipping demand and disruption in supply is a perfect storm for cashflow.”

Heavy reliance is being placed on the high street banks to provide flexible lending terms and longer repayment periods for companies. Banks including Barclays and RBS have said they are contacting customers and providing billions of pounds in flexible lending.

The government has said it would back up to £1bn of new lending from the British Business Bank, the state-backed investment bank, to provide loans of up to £1.2m. However, the guaranteed lending is far smaller than an expansion in funding by the German government for its state-backed bank, KfW, to raise its lending firepower from €460bn (£412bn) to €550bn.

Miles Dean, head of international tax at the accountancy firm Andersen Tax UK, said: “This is mass hysteria on a level not known in our lifetimes. If the government’s actions directly lead to businesses being put in jeopardy or failing, then they better turn on the printing presses.” 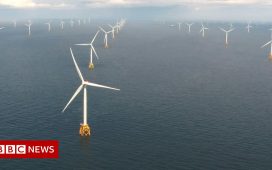 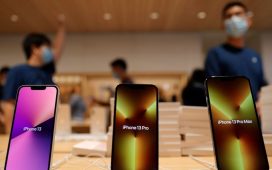 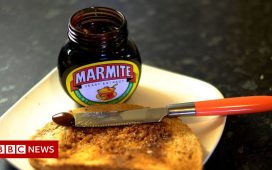