What is more eco-friendly, British beef or avocados? How do we ensure that the costs of tackling climate change do not affect the poor disproportionately? Is the government listening to the science or just paying it lip service?

These were some of the burning questions that members of the British public asked environmental experts on Saturday, at the country’s first citizen’s assembly for climate change in the city of Birmingham.

On the 16th floor of the Park Regis hotel, in a glass-panelled room overlooking six lanes of motorway traffic, 110 citizens gathered for the first of four sessions in which they hope to thrash out solutions for reaching net zero carbon emissions by 2050 — a goal that the government enshrined in law last year.

“I see now how urgently we need to change our behaviour,” said Leia, 20, one of the assembly members, after a day of introductory speeches. “I’m hopeful that what we’re doing here will have a positive impact and will help persuade government they need to do something.”

The assembly — which was commissioned by six cross-party House of Commons select committees — aims to produce a series of non-binding recommendations about how to decarbonise sectors such as transport and housing. On Saturday, a common question raised by both speakers and members was how to ensure that the transition to a greener society is fair and does not hit the poorest the hardest.

“The decisions made now will affect me and millions of young people,” Kirsten Leggatt, from youth-led charity 2050 Climate Group, told the assembly members. “We are angry about the past and we are certainly anxious about the future.”

The task ahead is daunting: speakers, who were briefed to assume members had no prior knowledge of climate change, discussed a wide range of topics, from the roles that the private and public sectors should play in transitioning to a green economy, to the challenge of retrofitting homes. Members raised red cards if something was unclear, though only a handful were used despite the barrage of jargon.

Since the group was chosen to be representative of the public, it includes 19 who identified as “not at all concerned” or “not very concerned” about climate change.

One assembly member, Chris, 32, said he was unsure whether the planet was facing a climate “crisis,” since he had read lots of contradictory information. He said he worried the assembly’s work would be “emotion-driven,” but said he was keeping an open mind.

In a break between talks, Chris thanked a speaker for offering practical solutions to climate change — a welcome change, he said, from the “doom and gloom” of the other presentations.

Despite the spectrum of knowledge and opinions, many were optimistic that the group would agree on potential solutions.

Chris Stark, chief executive of the Committee on Climate Change, which advises the government, said he had had “a few trepidations” before he arrived, but found the members engaged and interested. He said he hoped the final report would provide “compelling evidence for the government to act on.”

As the day drew to a close, the broadcaster and natural historian Sir David Attenborough arrived to thank those present for taking part. “The people of this country ought to be extremely grateful to you,” he said. “The question we’re facing is of utmost importance.”

How will the EU reshape fund managers’ regulations after Brexit? 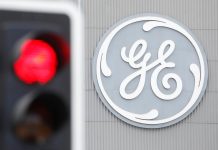 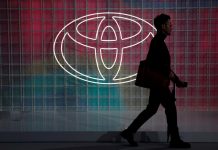 Toyota to resume China output at three plants next week