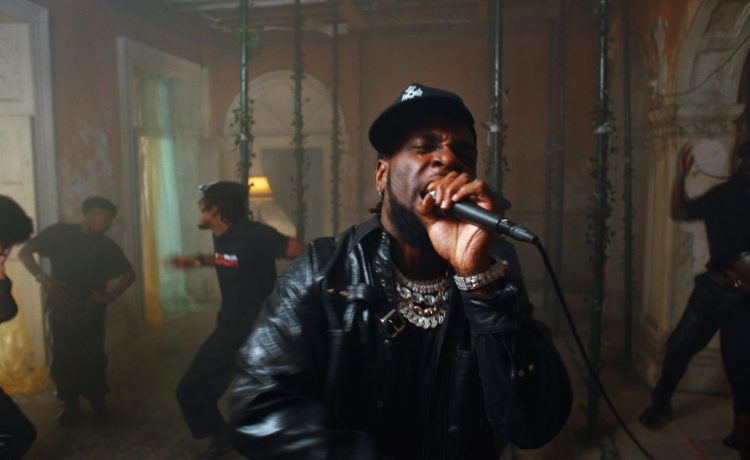 Burna Boy doesn’t talk much. He prefers singing. But in a rare word between songs at his O2 Academy show in Brixton, he pauses to comment on the situation — on performing for cameras instead of fans. “At least it’s better than nothing,” he says, in a thick Nigerian accent which he seems able to turn on and off. He’s got that right.

Burna Boy is truly a global pop star. Not in a “world music” sense, but in the sense that, influenced as much by Americans like DMX and Jamaicans like Buju Banton as by the afrobeat of his fellow Nigerian Fela Kuti (to whom Burna Boy’s grandfather was a manager), Damili Ogulu seems to have the whole world listening.

For this show, he is beamed into living rooms around the globe via MelodyVR’s virtual reality app, which lets you to view the gig from all angles by turning your phone (or VR headset) this way or that. You can choose from five cameras, or a “director’s cut” which rotates between them. By far the most visceral option is the view from centre-stage, into which Burna Boy delivers most of his vocals from within touching distance. Through this lens the performance feels almost private, as though you’re the only one listening.

The artist is imperious. He plays with a live band, his back to the would-be audience with three flashy screens overhead. In trench coat and shades he is understated, but suave. The opening 15 minutes are subdued, Burna Boy perhaps warming up to his invisible audience (or maybe it was me). Then during Wetin Dey Sup, a collaboration with American super-producer Timbaland, he lets loose, unleashing a grin as steel drums dance beneath his buttery voice.

At halfway is latest single 20 10 20, named after the date on which Nigerian security forces opened fire on peaceful protesters in Lagos. It’s moving and defiantly joyous, the singer’s voice straining as he wails “twenty twenty” in the chorus.

Racing through 25 songs in 90 minutes, there’s little time for interaction (a harsh criticism when there’s no crowd). But midway through his closer, the irresistible “Ye”, he cajoles his band into starting the song again, for no obvious reason other than his love for playing it. It’s nowhere near as powerful as it might have been with fans braying back. But it’s much, much better than nothing.