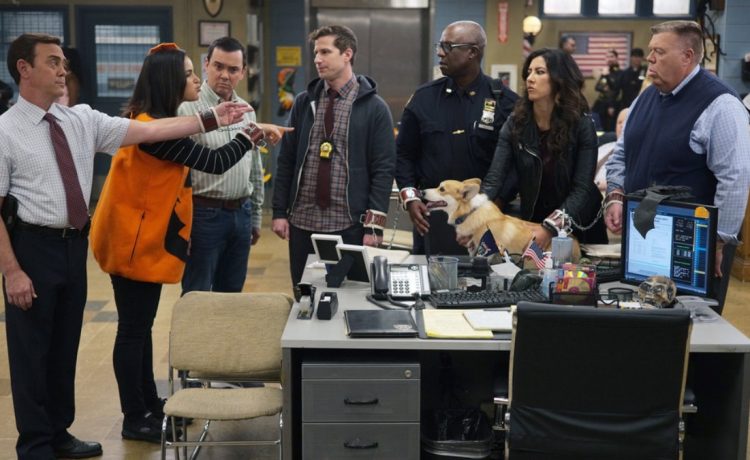 Samberg’s comments echo those of his Brooklyn Nine-Nine co-star Terry Crews, who first revealed that the show was being retooled during an interview last month.

“We’ve had a lot of somber talks about it and deep conversations and we hope through this we’re going to make something that will be truly groundbreaking this year. We have an opportunity and we plan to use it in the best way possible,” Crews told Access Daily. “Our showrunner Dan Goor, they had four episodes all ready to go and they just threw them in the trash. We have to start over. Right now we don’t know which direction it’s going to go in.”

Brooklyn Nine-Nine star Andre Braugher, who has played Capt. Raymond Holt on the beloved sitcom since 2013 echoed those statements, telling Variety, “Brooklyn Nine-Nine has to commit itself, as a comedy, to telling the story of how these things happen, and what’s possible to deal with them. I don’t have any easy answers, nor do I have a window into the mind bank of this writing staff. Can you tell the same story? Can anyone in America maintain any kind of innocence about what police departments are capable of?

“Can a comedy sustain the things that we’re trying to talk about? I don’t know. It could be a really groundbreaking season that we’re all going to be very, very proud of, or we’re going to fall flat on our face. … But I think this is a staff, a cast and a crew that’s willing to take it on and give it our best. I think we have a damn good chance to tell the kinds of stories that heretofore have only been seen on grittier shows.”

Beyond those systemic issues, the new season will also need to address the reality of life during a pandemic. Talking with The Hollywood Reporter, showrunner Dan Goor, “We think there is a value to escapism, but at the same time, we don’t want to be ignorant. There is a debate about what next year will look like. I don’t think anybody wants us to, nor do we want to, have our characters toiling away in the depths of the pandemic. I don’t think that’s the direction we’ll go in.