From the Thames to the Lake District, Britain’s iconic waterways are full of plastic pollution, according to a new analysis.

In recent years, scientists have found plastic scattered throughout the ocean, as far down as the Mariana Trench and even embedded in Arctic ice.

But the new research shows the problem also exists closer to home, with up to 1,000 tiny pieces of plastic found per litre in the worst-polluted rivers.

The team behind the study say their results show microplastics should be considered an “emergency contaminant” like pharmaceutical waste and pesticides.

“As with all emerging contaminants we don’t yet fully know the dangers they present to wildlife and ecosystems, or even human health, and to what levels they occur in all our water systems,” said Dr Christian Dunn, a wetlands researcher at Bangor University.

“But it’s now clear that microplastics should be considered a serious emerging contaminant and there needs to be a concerted effort to regularly monitor all our inland waters for them.

Preliminary results were gathered by Dr Dunn from 10 sites including Ullswater in the Lake District and Loch Lomond in Scotland.

It is thought to be the first study of its kind to use a fluorescence lighting system on water samples to identify and count tiny shards of plastic less than 5mm in size.

These pollutants include tiny fibres from clothing, scraps of tyre rubber and plastic pellets used in manufacturing.

The worst-polluted stretches were urban rivers like the Tame in Greater Manchester, but even remote lochs and reedbeds contained traces of plastic.

The results gathered were preliminary, and will now form part of a scientific paper.

“It was more than a little startling to discover microplastics were present in even the most remote sites we tested, and quite depressing they were there in some of our country’s most iconic locations.

“I’m sure Wordsworth would not be happy to discover his beloved Ullswater in the Lake District was polluted with plastic.”

The research was carried out in collaboration with Friends of the Earth, which has been pushing for stronger legislation to curb the tide of plastic pollution and stop microplastics ending up in water.

Specifically, they are calling for an end to all non-essential single-use plastic by 2025.

“The widespread contamination of our rivers and lakes with microplastic pollution is a major concern, and people will understandably want to know what impact this could have on their health and environment,” said Julian Kirby, plastics campaigner at Friends of the Earth.

“MPs must get behind new legislation, currently before parliament, that would commit the government to drastically reduce the flow of plastic pollution that’s blighting our environment.”

READ  Sony teases new details about the PlayStation 5 and demos its super fast load times
Share on FacebookShare on TwitterShare on PinterestShare on Reddit
newsgrooveMarch 7, 2019 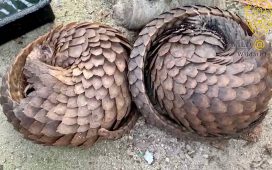 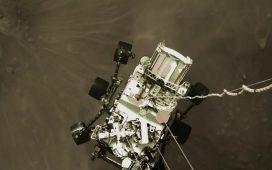 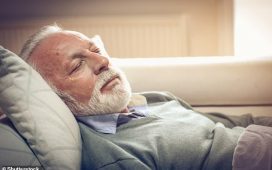