BRAZEN Brits are more likely to have sex after boozing or taking drugs than any other nation, a study suggests.

Alcohol, cannabis, ecstasy and cocaine are most often combined with romping — but GHB was rated the highest.

University College London quizzed 22,289 folk on their drug and sex habits in the biggest study of its kind.

Worldwide, some 59 per cent of men reported sex after drinking, 37 per cent smoking weed and 16 per cent on ecstasy.

The figures for women were 60 per cent, 26 per cent and 16 per cent, respectively.

Brits were more likely than Eurozone countries, the US, Australia and Canada to mix sex with drugs or booze.

They topped the table for alcohol, cocaine, ecstasy, ketamine and mephedrone. But those in the US, Canada and EU were more likely to take drugs for their sex-enhancing properties.

MAYMA MIA, HERE WE NO AGAIN!

Drunk man ‘raped daughter, 15, thinking she was his WIFE after booze binge’

READ  Yes! Yes! Yes! We must break the silence about female pleasure

Around one in three men and one in four women globally said they had used drugs in a bid to make sex better.

He told The Journal of Sexual Medicine: “Nobody would suggest these drugs are good for you but it is naive to believe they do not function as a sex enhancer for some people.”

Coronavirus UK: Woman, 21, with no prior health conditions dies 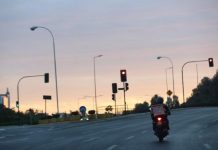 How many days does it take for the virus symptoms to show? Dr Hilary answers your coronavirus questions 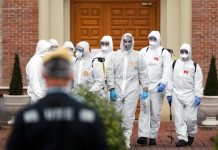 England: police to get power to use force to impose coronavirus lockdown

Why it's healthy to be afraid in a crisis