NewsGroove Uk
NewsGroove Uk > Politics > Brexit: Theresa May arrives in Berlin for talks but nobody's there to greet her
Politics

Brexit: Theresa May arrives in Berlin for talks but nobody's there to greet her 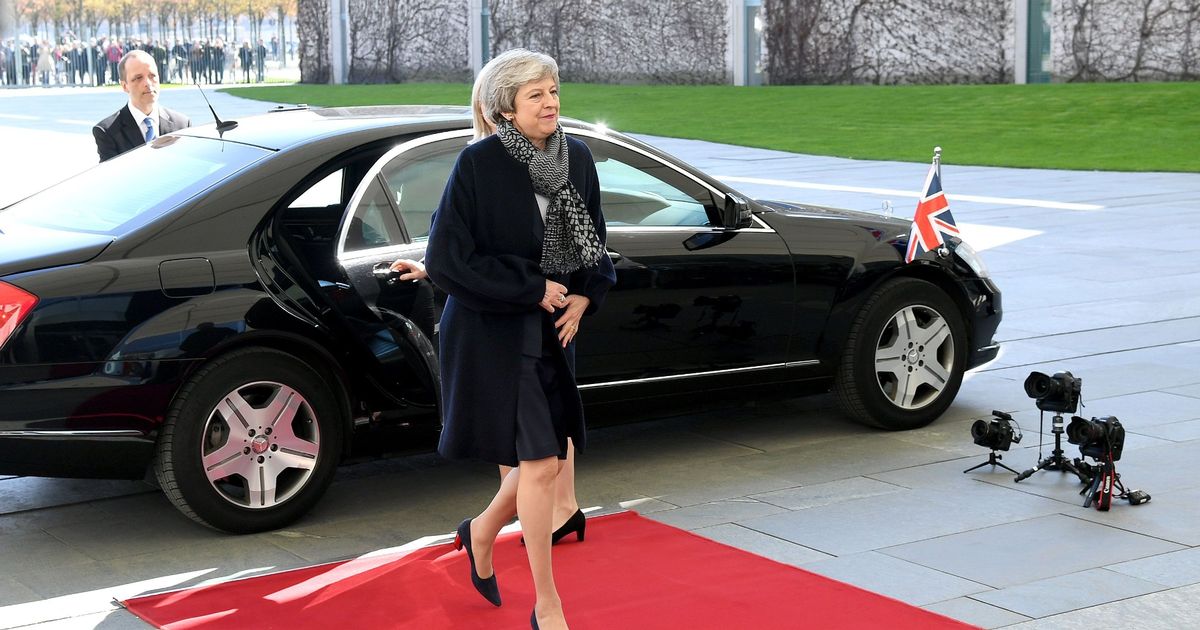 Theresa May arrived in Berlin for crunch talks this morning – but in yet another awkward Brexit metaphor, nobody was there to greet her.

The Prime Minister’s car pulled up at the Chancellery ahead of her meeting with Angela Merkel.

But while the red carpet was rolled out, there was nobody waiting to shake her hand.

It’s an excruciating re-run of scenes in December when she pulled up at the very same spot, only to find herself locked in her car.

After a few minutes, Mrs Merkel led Mrs May back outside for photographs with the waiting press pack.

With little sign of a resolution in Westminster, Mrs May dashed to Berlin to seek support for her request to delay Brexit a second time, from April 12 to June 30. She was due to meet French President Emmanuel Macron later on.

May met Merkel at her riverside Chancellery, a short walk from the Brandenburg Gate, where Ronald Reagan in 1987 urged Mikhail Gorbachev to “Tear down this wall!” – the barrier that had divided West and East Berlin since 1961.

“The leaders discussed the UK’s request for an extension of Article 50 to June 30, with the option to bring this forward if a deal is ratified earlier,” Downing Street said.

“The leaders agreed on the importance of ensuring Britain’s orderly withdrawal from the European Union.”

While Merkel and May discussed Brexit inside, the opposition liberal FDP party drove an advertising van past the chancellor’s office with a slogan reading: “Dear Theresa May. Just do it.

“Stop Brexit. Make the most of Europe’s opportunities.”