Brexit Party sack campaign chief after his BNP past is revealed 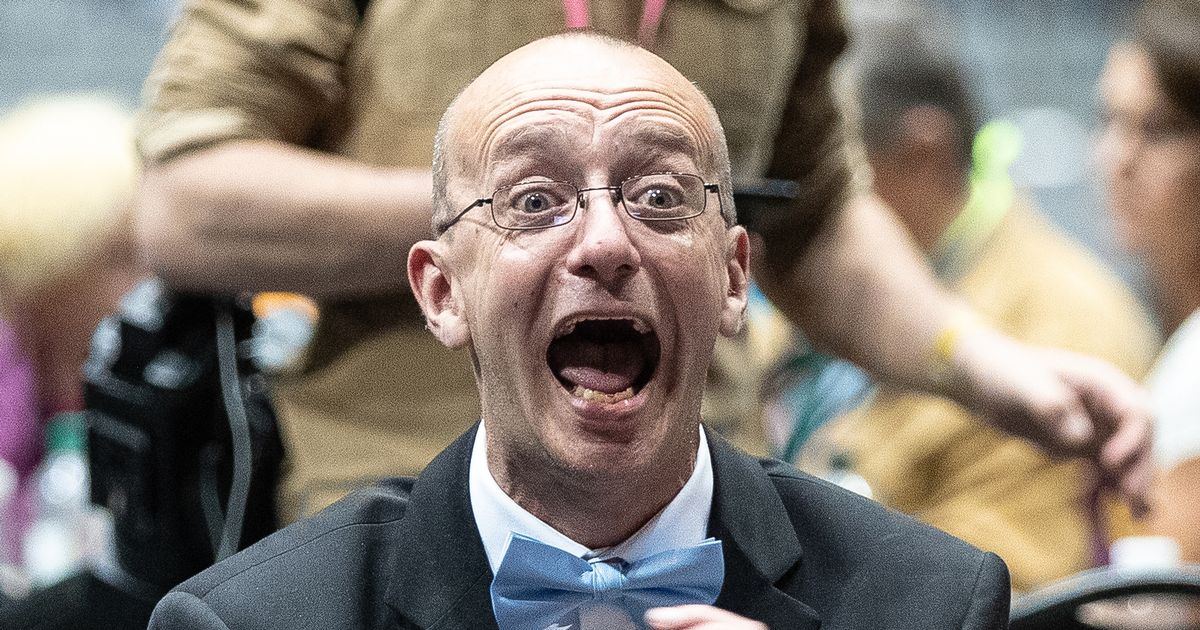 The Brexit Party has sacked a campaign chief after it was revealed he was a member and candidate for the British National Party.

Kevin Moore took up the role of North West coordinator with the Brexit Party shortly before the European Elections in May, which saw three MEPs elected in the region.

But following an investigation from the Manchester Evening News, it was revealed the campaigner had previously been a member of the BNP – a history which should have prevented him assuming a role with Nigel Farage’s party.

Moore, who stood as a BNP candidate for Warwickshire County Council during the 2009 European Elections, has now been fired from his role within the Brexit Party after his past was bought to their attention.

The party claim they were not aware of his BNP membership before hiring him.

The prominence of the British National Party as a far-right, fascist party rose during the 2000s after the appointment of party-leader, Nick Griffin.

A former leader of the National Front, Griffin was given a suspended sentence in 1998 for distributing material likely to incite racial hatred. He previously described the holocaust as ‘Allied wartime propaganda.’

Moore, who described himself as a ‘British National Party Activist’ on an online blog, published a number of articles during 2010 promoting the parties politics and standing behind its leader.

In a post from July 2010, Moore criticised a decision not to allow Nick Griffin to attend a tea party at Buckingham Palace as an ‘attack on democracy.’

READ  General election 2019: Workers under Labour 'will take back control'

Another post in April 2010, cited an article in the Daily Express which stated that more than £230million of taxpayers’ money was being spent on housing asylum seekers.

Moore wrote: “When you read this please bear in mind about the 2 million homeless brits sleeping on the streets. If this makes you feel as sick as its made me feel, please feel free to not only voice your opinion but let all those in Whitehall and government how discrased [sic] you really are!”

The website also promoted a number of links to the BNP manifesto, Nick Griffin speeches, the BNP website and BNP TV.

In June 2009, Moore stood for the BNP in the European Elections in Warwickshire, receiving 386 votes after standing in the council ward of Poplar which belongs to Nuneaton and Bedworth Borough Council.

It appeared his membership with the BNP came to an end around the end of 2010.

In May 2019, Moore was appointed as campaign coordinator for the Brexit Party in Merseyside – a voluntary role which involved organising street stalls and campaigning in the local area.

In a tweet, Moore wrote: “I’m truly honoured to take up my roll with @brexitparty_uk as Campaign Coordinator for Merseyside. Fabulous candidates for a fabulous area #ChangePoliticsForGood.”

The campaign saw Farage’s insurgent party sweep to victory following the elections on May 23, securing the most MEPs in the North West.

Moore was appointed by the Brexit Party despite his previous membership with the BNP – an organisation said to be proscribed by the party.

READ  What is behind the EU election’s ‘green wave’?

The party claim to have applied a ‘vetting process’ to all those appointed to campaigning roles.

A Brexit Party Spokesperson said: “The Brexit Party was entirely unaware that Mr Moore had any links to any of the organisations that have been proscribed by the party including the BNP.

“Thanks to the research by the MEN and others his past has come to light. Sadly though we have a vetting process it relies in part on the honesty of those we vet.

“The Brexit Party has sacked Mr Moore as a local organiser instantly.

“We are a party that celebrates diversity as can be seen by the range of candidates and elected in the north west and across the country.

“The MEN has done us a service for which we are grateful.”

When we contacted Mr Moore for comment he claimed he was not aware of his removal from the Brexit Party.

He declined to comment on his previous role within the British National Party.