Humiliated Boris Johnson has sent an unsigned extension letter he vowed to die in a ditch rather than send.

He did sign a second, though, after his Brexit plan was trashed by MPs and delayed by Tory Sir Oliver Letwin.

The first – unsigned – letter sent to the EU said the PM would comply with the law after Parliament had ordered him to ask for a delay of up to three months.

But the second will tell EU leaders to IGNORE the first and he will get Brexit done by the do or die October 31 deadline he set himself.

A No10 source said: “He will tell EU leaders there should be no delays and they should reject Parliament’s letter asking for one.”

But it will take a miracle for the PM to get his new deal through in time to leave the EU in just 11 days.

It is now in the EU’s gift to decide exactly how long an extension to give the UK – or whether to grant one at all.

Mr Johnson’s second letter will tell EU leaders what he told MPs: “Further delay would be bad for this country, bad for the European Union and bad for democracy.

“We must get on and get Brexit done on October 31 so that this country can move on.” 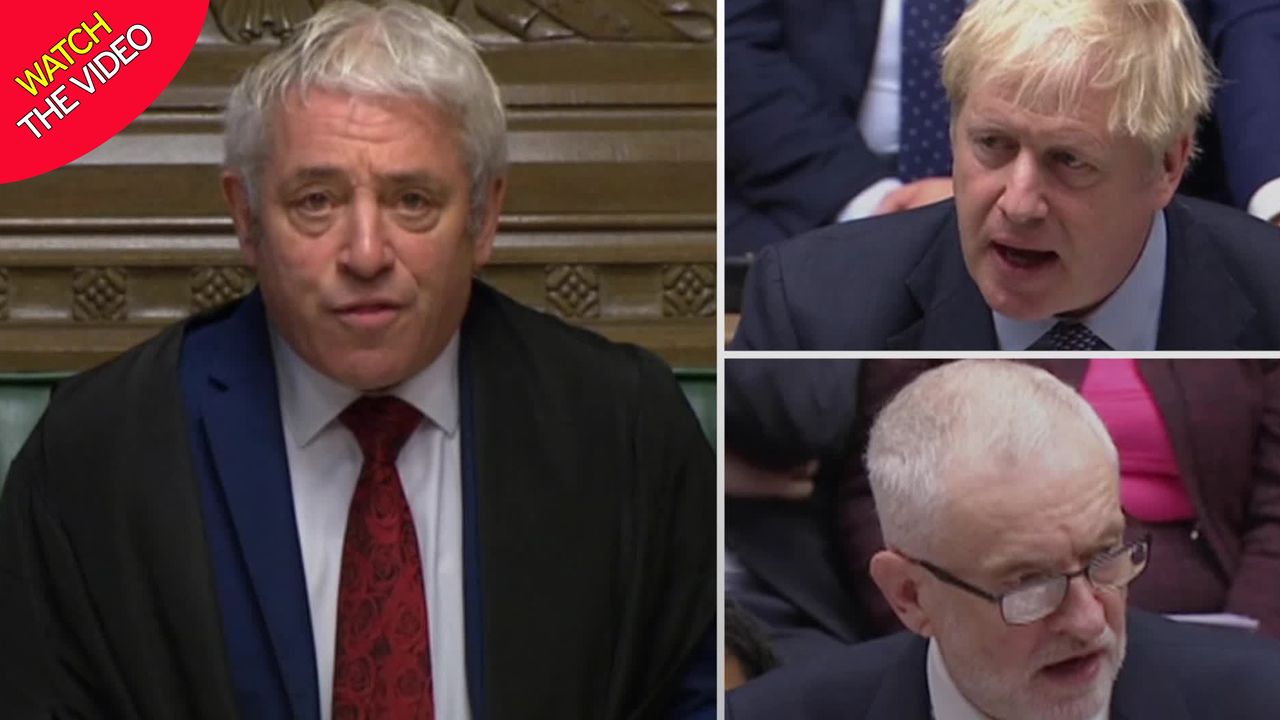 He warned MPs that if his deal is not passed this week Britain is heading for a cliff-edge Brexit.

A No10 source said: “The civil service has had to significantly ramp up preparations for no-deal.”

In the first Saturday sitting since the 1982 Falklands War, Mr Johnson pleaded with MPs to back him. He said: “This is the moment. Now is the time to get this thing done.”

But MPs rejected that by 16 votes, backing rebel Tory Sir Oliver’s amendment for postponenment 322-306 until all Brexit legislation is passed. Faced with such a bruising defeat, Mr Johnson told his MPs not to bother even voting on his deal.

Had the PM not so angered Northern Ireland’s DUP, and its 10 MPs who voted against him, he’d have carried the day.

Now Mr Johnson will bring his deal back to the Commons tomorrow with another vote on Tuesday on the contents of his withdrawal agreement.

But even if the House of Lords sat on both Saturday and Sunday to allow it to complete all stages it would still be nigh on impossible to meet the deadline.

Jeremy Corbyn said: “The PM must now comply with the law.

“He can no longer use the threat of a no-deal crash out to blackmail MPs to support his sell-out deal.” The SNP’s Ian Blackford warned no PM was “above the law” and the DUP’s Nigel Dodds said: “The deal is not Brexit for Northern Ireland.”

Ex-PM Theresa May backed Mr Johnson’s deal and said all MPs who voted for Article 50 triggering the Brexit process should do likewise.

MPs who could not find childcare for the day brought their children in. Peter Theodore Alphege Rees-Mogg, 12, shook his head in disagreement as Mr Corbyn spoke.

He watched from a side gallery dressed in the same suit, tie and specs style of his Commons leader father Jacob in the Chamber below.

Commons staff were called in on their day off but were rewarded with overtime plus £20 an hour and free tea and coffee. As MPs debated thousands of demonstrators seeking a second referendum sang Jerusalem outside Parliament’s gates.

Later Mr Rees-Mogg and his son were given a police escort as they walked home amid a hail of abuse including shouts of “Shame on you” and “traitor”.

Steve Bell on Boris Johnson's search for a stooge – cartoon

Instant Opinion: Boris Johnson hiring a ‘£100,000-a-year shield for his own incompetence’

UK facing ‘K-shaped’ economic recovery between ‘haves and have nots’ – which side will you be on?

Why are bad political slogans so good? It’s the vacuity, stupid | Ian Martin

The story behind Randy Travis' first single since his 2013 stroke, 'Fool's Love Affair'