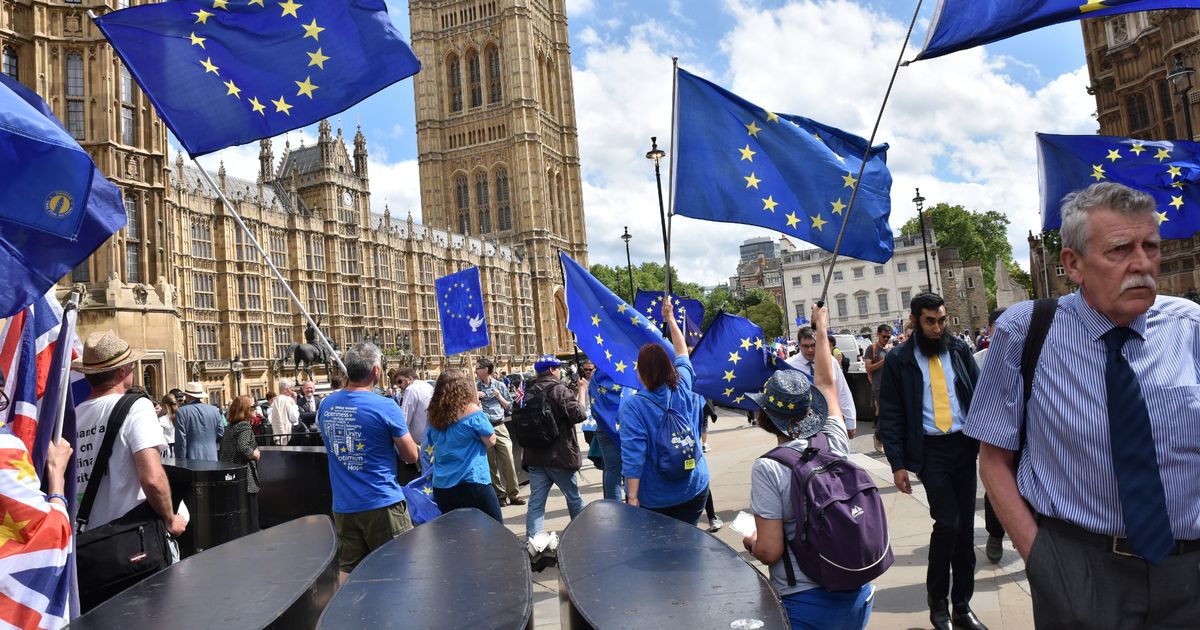 A ‘misleading’ Government ad which told EU citizens all they needed was their passport and an ID card to apply to stay in the UK after Brexit has been banned.

An investigation by watchdogs into the radio advert for the EU settlement scheme found that it broke broadcasting rules as more than a quarter of applicants needed other documents.

The probe was triggered by one complaint from an applicant to the Advertising Standards Authority (ASA) that they were also asked for proof of address for the previous five years.

The Home Office, which produced the advert, said including all documents and checks that might be needed was ‘neither possible nor desirable’ for a radio broadcast.

It stated that ‘in most cases’ evidence of residence was automatically generated using the applicant’s National Insurance number.

It went on to say that ‘73% of applicants did not have to submit any documents as evidence of their residence’.

It added it ‘explicitly asked listeners to visit the website’ and 92% of visitors found the information there ‘very helpful or fairly helpful’.

Industry body Radiocentre felt that, taking the ad as a whole, listeners would not be misled by the claim complained of because they would know that further documentation would be needed in some cases.

But the ASA found the ad to be in breach of rules regarding ‘misleading advertising’ and banned it from being played again.

An ASA spokesman said: “The ad must not be broadcast again in the form complained about.

“We told the Home Office to ensure they made sufficiently clear that some applicants to the EU Settlement Scheme would need to provide additional documents beyond their passport or ID card.”

Liberal Democrat Shadow Home Secretary Christine Jardine said: “It’s appalling the way EU citizens have been treated by the Tories since the referendum.

“We’ve already heard far too many cases of people not receiving the Settled Status they are entitled to.

“The Home Office putting out misleading adverts about how to apply only makes it worse.

“Under the Government’s plans, anyone left without Settled Status by the end of 2020 will be exposed to the Tories’ Hostile Environment, at risk of being evicted, detained and even deported.

“That cannot be allowed to happen. This is about people’s lives and the Liberal Democrats demand better.

A Home Office spokesperson said: “We completely disagree with ASA’s decision. The campaign was factual and complied with all necessary clearance processes for radio advertising.

“The campaign has had a positive impact and encouraged more than one million successful applications so far.

“The Scheme is free, straightforward and EU citizens and their family members have plenty of time to apply. All they need to apply is their passport or ID card and to complete an online form.”