There’ll be no hiding behind the sofa to watch the newest episode of Doctor Who, as virtual reality puts viewers inside the TARDIS with current Doctor Jodie Whittaker.

The interactive story — which is now available for free on the Oculus Store, Vive Port, and the BBC‘s VR app — makes fans into companions of the time-travelling hero.

In the VR experience, the fate of the universe is at stake as the Doctor tries to save a lost but powerful entity who is being chased by a squad of galactic busybodies.

For UK fans without virtual reality, the adventure is also showing at certain libraries as part of the BBC VR Hub’s tour. 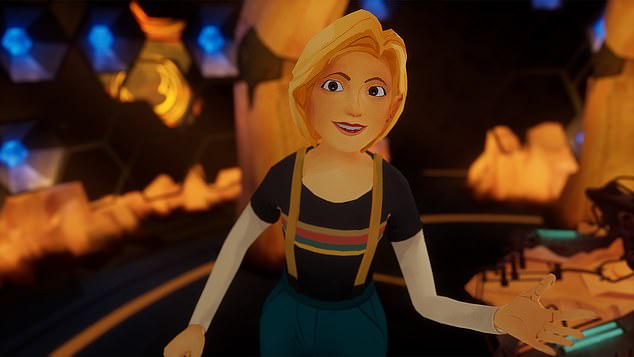 There’ll be no hiding behind the sofa to watch the newest animated episode of Doctor Who, as VR puts viewers inside the TARDIS with current Doctor Jodie Whittaker (pictured)

Written by Victoria Asare-Archer and directed by Mathias Chelebourg, Doctor Who: The Runaway allow fans of the long-running science fiction show to become the Doctor’s latest travelling companion by donning a VR headset.

READ  Disease X: Mysterious outbreak in China could be new form of virus

Equipped with a sonic screwdriver, viewers will help the Doctor return a lost, teenaged alien entity home to his parents before he explodes — all while fending off the nefarious plans of a ‘squad of galactic busybodies’.

The adventure features an animated version of the Doctor’s current regeneration as played by Jodie Whittaker, who voices the mysterious time-traveller in the special virtual reality offering.

‘The show has been pushing boundaries for over 55 years, and VR enables Doctor Who to explore a whole new dimension of storytelling,’ said Zillah Watson, who is the the head of the BBC’s VR Hub that helped produce the experience.

‘Viewers truly are in for a treat — for those who ever dreamed of helping to pilot the TARDIS, this is your opportunity,’ said Jo Pearce, creative director of the BBC’s digital drama team.

‘Fans will find themselves at the centre of this wonderfully animated story, helped by the natural charm and humour of Jodie Whittaker, in an adventure that really captures the magic of Doctor Who.’

Doctor Who: The Runaway premiered at the Tribeca Film Festival, in New York City, on April 26, 2019.

The adventure will be available to experience in two different versions.

High-end virtual reality systems such as the Oculus Rift and HTC Vive will be able to play a 13-minute-long interactive version.

Meanwhile, an 11-minute 360° video of the story will be available in the BBC VR app for mid-range headsets such as the Oculus Go and Samsung Gear VR.

The dramatic experience is underscored by original music written by the show’s current composer, Segun Akinola. 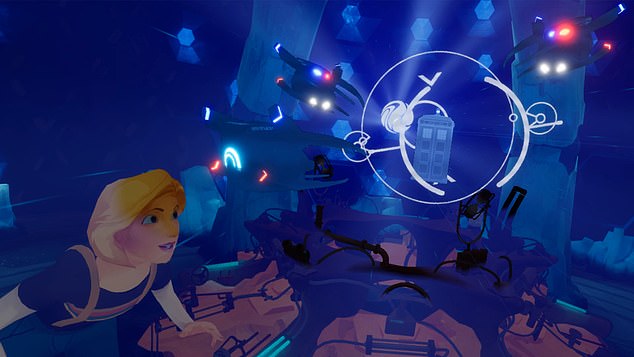 The interactive story — which is now available for free on the Oculus Store, Vive Port, and the BBC’s VR app — puts fans at the side of the time-travelling hero 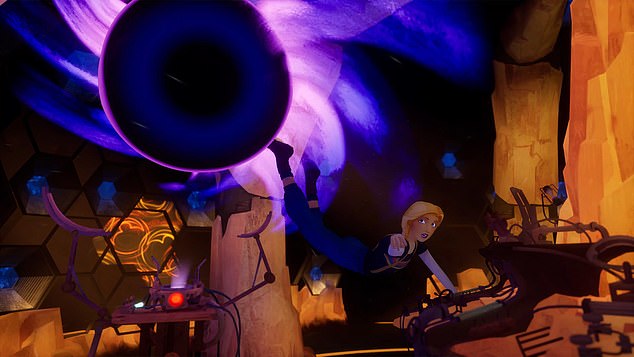 WHAT PERILS AWAIT VIEWERS IN DOCTOR WHO: THE RUNAWAY?

The BBC has released the following teaser:

You’ve been in a collision. You wake inside the TARDIS.

The Doctor introduces you to the person, or thing, you collided with.

Unless he can be returned to his home planet, sharpish.

The problem is, a squad of galactic busybodies has other plans for Volta. Bad ones.

Drawn into a frantic chase, you become the Doctor’s unlikely assistant as she races against time to get Volta home to his parents.

Armed with a sonic screwdriver, it is down to you to help the Doctor as she faces the forces of evil, and teenage angst, in this animated 13-minute VR adventure from the team behind Doctor Who Series 11.

Ms Watson said she hopes that the interactive story will inspire more people to try out virtual reality.

‘This is the most ambitious project yet from our team in the BBC VR Hub, she said.

‘The result is a magical adventure that Doctor Who fans everywhere will simply love.

READ  Match.com rolls out safety feature that relays details of your next date to three emergency contacts

‘It also shows the enormous potential that virtual reality has for creating new kinds of experiences that appeal to mainstream audiences.’

For those whovians who don’t have VR headsets at home, the adventure is also being made available at certain local libraries in the UK, as part of the BBC VR Hub’s tour.

The tour schedule, which is updated weekly, can be seen on the BBC website. 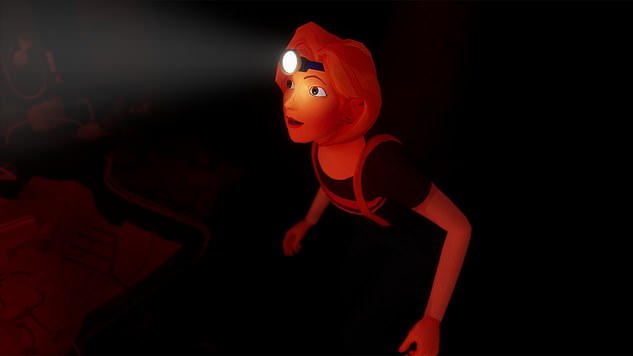 Written by Victoria Asare-Archer and directed by Mathias Chelebourg, Doctor Who: The Runaway allow fans of the long-running science fiction show to become the Doctor’s latest travelling companion by donning a VR headset 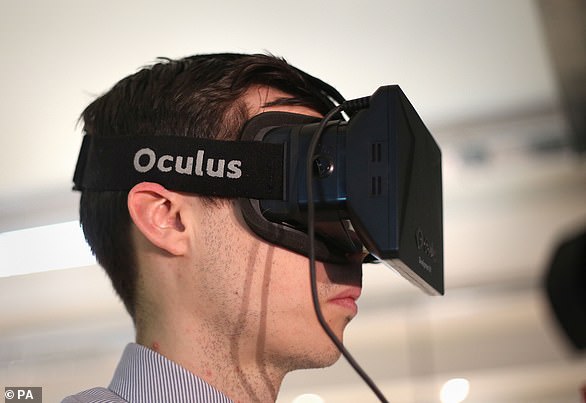