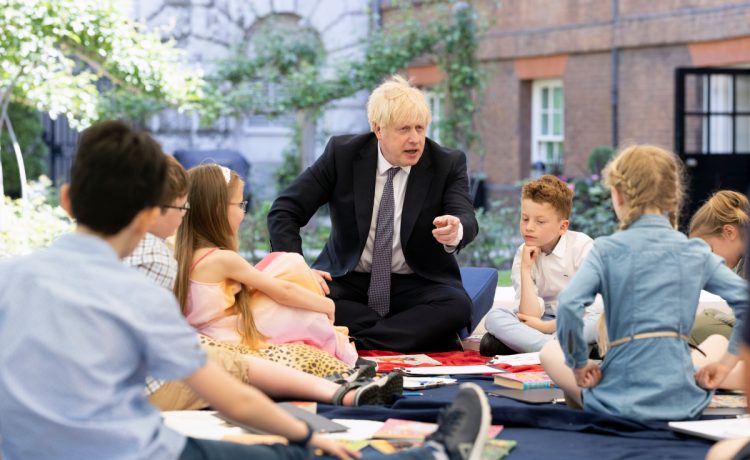 BORIS Johnson’s schools Catch Up Tsar has handed in his resignation tonight in fury over the paltry amount of cash given to pupils – saying he’s risking “failing hundreds of thousands of pupils”.

Sir Kevan Collins walked in fury after ministers ignored his plea for £15billion to help kids with their studies, only coughing up £1.5bn instead.

In a resignation letter to the PM, seen by TES, he warned the money is simply not enough to give kids the “urgent, comprehensive” help and support they desperately need.

He wrote: “I do not believe it is credible that a successful recovery can be achieved with a programme of support this size.”

And he revealed he’d begged the PM for more cash last week, adding: “When we met last week, I told you that I do not believe it will be possible to deliver a successful recovery without significantly greater support than the Government has, to date, indicated it intends to provide.”

And he lashed out after his proposals to extend the school day to give more kids more time to catch up.

Blasting the plans as a “false economy”, he said he was concerned that there was not enough “additional resources for a successful recovery”.

He concluded: “I believe the settlement provided will define the international standing of England’s education for years to come.”

The dramatic departure is a devastating blow to the PM’s Covid catch up plans – and for embattled Education Secretary Gavin Williamson.

One education insider told The Sun: “Kevan was not happy with the money.”

Another said: “The PM had a meeting with Kevan who convinced him of the need for a massive Covid recovery plan for kids.

“But the Treasury has not handed over the cash.”

Chancellor Rishi Sunak is said to have told colleagues “it is about skills not schools”.

“He was brought in by Boris Johnson because of his experience and expertise in education, but the Government have thrown out his ideas as soon as it came to stumping up the money needed to deliver them.

“Our children and their future ambitions and life chances depend on us getting this right. The Conservatives’ failure to deliver for children now could cost our country dearly long-term.”

He thinks there is time for school pupils to bounce back from their lost studies, and reckons the Treasury should focus on getting Brits into work instead.

The PM has spent the past six months saying his top priority is to help Generation Covid catch up on all their lost studies.

He brought Sir Kevan in in February to lead his emergency catch up response for pupils.

But the government announced just another £1.4bn will go on extra catch up tuition and ducked proposals to extend the school day and slash summer holidays.

Kids will be offered 100million hours of extra tuition over the course of the next three years as part of Boris Johnson’s back-to-school blitz.

Sir Kevan launched a thinly veiled attack on the meagre cash fund – warning “more will be needed” to undo the “huge disruption” the Covid has done to their lives.

Steve Chalke, founder of the Oasis academies chain, said there is a “huge amount of respect” for Sir Kevan but the government’s failure to adopt his plan means he lost “his gravitas”.

He said: “It’s such a disappointment.

“We realise Kevan is one of us. He is in the same boat as us, no one is able to shape this journey.”

Today ministers announced a root-and-branch review into how the school day is structured and whether it delivers the best benefits for pupils.

There have been suggestions an extra half an hour could be added.

Mr Williamson said he “questioned” whether it was right that some kids are sent home by teachers as early as 2.45pm.

School day should be extended PERMANENTLY after Covid, Williamson says

And he also said “condensed” lunch breaks of just half an hour are robbing children of time for extra-curricular activities like sport.

Talking about building back from Covid, he said: “Longer term we do want to see further changes and further improvements.