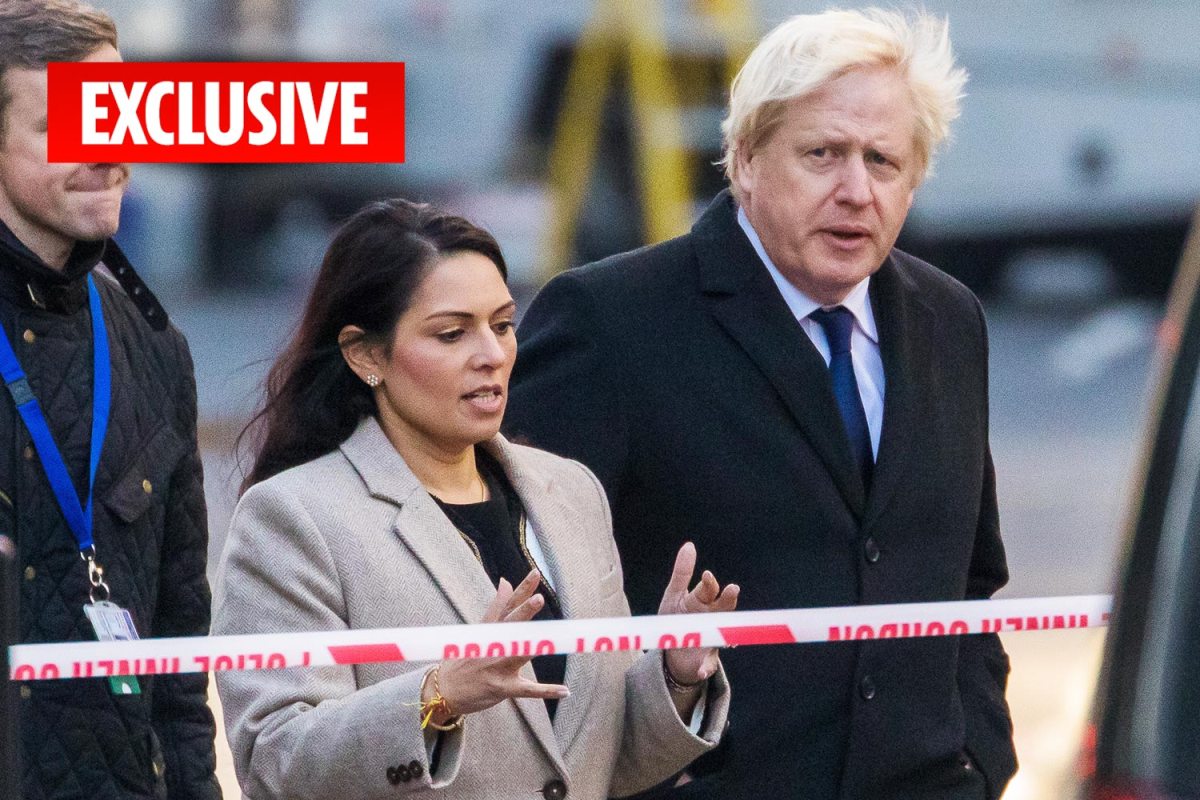 TERRORISTS will be forced to serve EVERY DAY of their prison sentence under an overhaul of the criminal justice system pledged by Boris Johnson yesterday.

The PM promised the worst offenders will be locked up for a minimum of 14 years if he wins a majority in the general election next week.

He will end automatic early release for those convicted of terrorism, rape or serious violence and sexual offences.

Mr Johnson said the trail of death left on London Bridge by freed madman Usman Khan had made him “angry” and determined to act.

Khan was let out jail after serving half his 11-year sentence under an early release rule passed by Gordon Brown’s Labour government in 2008.

After visiting the scene of the attack on Saturday, Mr Johnson declared: “This system has got to end.

“If you are convicted of a serious terrorist offence, there should be a mandatory minimum sentence of 14 years – and some should never be released.

“Further, for all terrorism and extremist offences, the sentence announced by the judge must be the time actually served. These criminals must serve every day of their sentence, with no exceptions.

“These simple changes, in line with what I’ve been saying since becoming Prime Minister, would have prevented this attack.

“I believe they will help stop further attacks and these changes will be made urgently in the New Year if I am returned to Downing Street with a majority.”

Mr Johnson has been arguing for tougher sentences for the past four months – spurred on by his Home Secretary Priti Patel, who joined him at the scene on Saturday.

Ms Patel recently won a battle with Justice Secretary Robert Buckland to include a tougher sentencing regime in the Tory manifesto.

She told The Sun on Sunday: “It’s fair to say that the public are equally as disgusted as me by the pathetically lenient sentences so often given to dangerous criminals.

“I want to bring an end to this slap-on-the-wrist culture and toughen up the criminal justice system.

“It’s our duty to protect the public and the are right to expect that from their government.”

He said: “We took some steps to do this before the election. However, due to the broken hung Parliament that was preoccupied with blocking Brexit, we could not do more.

“We simply cannot risk being in the same situation for the next five years where Parliament cannot do what’s needed. We need a government that can act.”

The PM said his swift changes would be backed by a massive prison-building programme to keep dangerous criminals off the streets.

He will also reform human rights laws to shift the balance of the law in favour of security and intelligence services.

Money-grabbing lawyers have used the “right to private life” to stop surveillance of terrorists and place limits on undercover activities aimed at protecting the public.

He also took a swipe at Labour leader Jeremy Corbyn whom he accused of planning to “weaken” our system and give more power to unscrupulous human rights lawyers, which would make Britain less safe.

The PM added: “We need a big change of direction on violent crime and security.

“What I have seen over the last 24 hours has made me angry. It’s absolutely clear that we can’t carry on with the failed approaches of the past.

“It concerns me that Jeremy Corbyn is setting out plans to weaken our system and make it more difficult for our security services to stop people who want to do us harm.

He also defended cops against unfair criticism for shooting the London Bridge attacker.

BoJo said: “I totally reject this. The police had very good reasons to think the attacker presented a real and deadly threat.

“They had to make split second decisions. I know the overwhelming majority of the country will join me in giving them our absolute support.

“As Prime Minister I will always back our security services, our police and our troops. I will give them the funding they need and boost their numbers. I will support them when they make difficult decisions in dangerous situations.

“I will ensure they do not come under constant attack from the human rights lobby who would weaken our anti-terror laws.”

Labour’s McDonnell ‘covered up privileged past at top private school’

Mr Corbyn and his shadow chancellor John McDonnell both voted against changing the law so that anyone carrying a knife for a second time would face jail.

The Labour leader has also campaigned for shorter prison sentences and better conditions for prisoners.

Mr Johnson added: “Our changes can only be achieved with a Conservative majority government. Jeremy Corbyn has a totally different view of security and a totally different set of policies. I do not believe he can provide the leadership on security that this country needs.”

READ  Tory leadership debate: When is the ITV leaders debate?

WHEN you accept the job of Home Secretary, sadly you know there will be days like Friday.

If it wasn’t for our police and the extraordinary heroism of a few Londoners, it could have been an even darker day.
The harsh reality is that there are more depraved individuals like Usman Khan out there who hate this country and its values.

Every day, I sign a huge pile of warrants that authorise the police, National Crime Agency and MI5 to mount surveillance ops against people suspected of plotting attacks.

Some of the things I read are chilling but this process helps lead to arrests and the foiling of terror plots. No fewer than 24 have been thwarted in the past two years.

I simply don’t believe that Diane Abbott, who will become Home Secretary if we don’t secure a Tory government on December 12, would sign off operations that make attacks like the one on London Bridge a rarity.

After all, she called for “the abolition of conspiratorial groups like MI5”. And we know Jeremy Corbyn disapproves of police using “shoot to kill” tactics against terrorists.

His Labour is not like any Labour Party that has been in government.

I might not agree with former Home Secretaries Jack Straw and David Blunkett, but I never doubted their commitment to national security.

I cannot say the same for the current crop who have spent their political lives criticising our police and security services while praising terror groups.

Staggeringly, because of a law introduced by Labour in 2008, Usman Khan was automatically released from prison without having to appear in front of the parole board.

Friday’s horrific events make it clear we need to go much further in keeping terrorists behind bars for longer.
We’re recruiting 20,000 more police officers and are on track to increase funding for counter terror policing by 30 per cent.

But all of this is at risk in 11 days. The choice facing the country on December 12 couldn’t be starker.