Boris Johnson should remain as PM even if he’s fined over Partygate, says Cabinet minister


BORIS Johnson would not have to resign over Partygate even if he is fined, a Cabinet Minister has said for the first time.

He warned against changing the PM and staging a “self-indulgent” Tory leadership contest while Europe is gripped by war.

Meanwhile Jacob Rees-Mogg defended calling the furore “fluff” and claimed the bigger issue was how “inhuman” the lockdown rules were.

Last night Helen MacNamara, the Government’s former ethics chief, became the first person to publicly fess up to being fined.

The civil servant-turned-Premier League exec apologised for her “error of judgement” after attending a Whitehall party and said she had paid the £50 penalty. 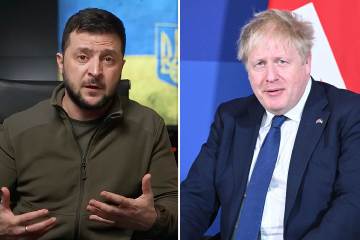 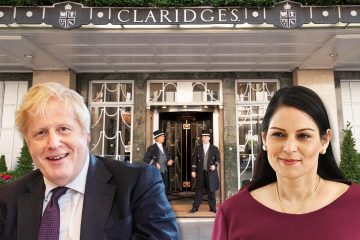 Fines have also been dished out in relation to two parties in No10 on the eve of Prince Philip’s funeral.

Mr Johnson was not stung by Scotland Yard’s first tranche of 20 fines, but is still in the danger zone as cops continue to trawl through evidence.

Cabinet colleagues including Rishi Sunak have so far refused to pledge their unwavering support and are biting their tongues until the Met probe wraps.

But offering his unconditional backing, Mr Hart yesterday said a £50 fine was not a fatal blow and urged the PM to dig in regardless.

He said the “vast majority” of his constituents “want contrition and they want an apology, but they don’t want a resignation”.

And he said the row wildly pales in importance to the grave conflict in Ukraine where civilians are being butchered and raped.

Mr Hart said: “I think we’re now dealing with something of such seriousness and such horror that what went on maybe two years ago clearly needs to be dealt with, and should be – it’s a source of irritation for a lot of people still – but I’m glad that this thing is now coming to a conclusion.”

Mr Rees-Mogg, the Brexit Opportunities Minister, agreed that boozy bashes in No10 were not as important as Putin’s barmy invasion – or how strict the Covid curbs were.

He told LBC: “I don’t think the issue of what may or may not have happened in Downing Street and what we are now finding out is fundamental.

“What I think is fundamental is that we look in the (Covid-19) inquiry at how the rules were devised and the effect that they had, because I think some of those rules were inhuman.”

He also said the PM did not mislead Parliament by insisting that “no rules were broken” if he was given incorrect info by aides.