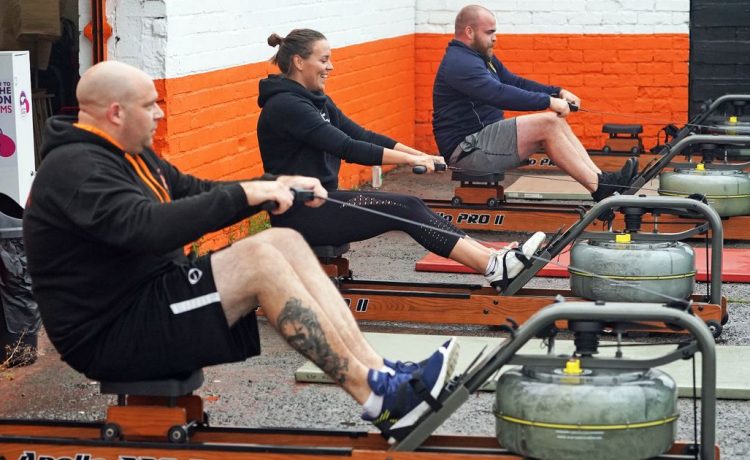 Indoor gyms could be given the green light to re-open in a matter of days after being closed for nearly four months, it is reported.

Health officials are satisfied it is safe to re-open gyms by mid-July, Whitehall sources are believed to have said.

It is thought an announcement on the timetable – which Boris Johnson said would be unveiled this week  -could come as early as this evening.

Indoor pools and theatres could also be included in any announcement this week.

Nail bars, nightclubs and tanning salons are also waiting for a timetable for when they can reopen.

Chancellor Rishi Sunak said this morning: “We’re very keen to make more progress on all the other sectors that continue to be closed. We hope to be able to make progress on all of those very soon.”

For updates on coronavirus, follow our live blog HERE.

Provided gym operators take stringent steps to prevent the spread of the killer bug, No10 is reportedly happy to let them get back to business – with many having frozen membership fees since March 23.

On Wednesday evening, ministers were said to be putting the finishing touches to the latest stages of their road map for kick-starting the economy, with other sectors being considered for re-opening including swimming pools, beauty salons and casinos, reports the Daily Mail.

Last week, the PM had promised: “Next week we will set out a timetable for their reopening, though of course I can only lift those remaining national restrictions as and when it is safe to do so.”

Outdoor gyms were allowed to re-open from July 4, the same day huge crowds descended on pubs across England – despite the Government being warned intoxicated people could not be relied upon to social distance.

And the Chancellor hinted gyms could be operating by the time his discount meal voucher scheme is up and running at the beginning of next month.

Speaking in the Commons, he said: “Perhaps alongside ‘eat out to help out’, we can make progress on reopening our gyms, so at the same time we can deal with that side of the equation.”

A Whitehall source told the Mail gyms have “posed a particular challenge” due to them bringing multiple people into enclosed spaces and sharing equipment.

While intensive exercise also means people “getting out of breath” which is not ideal with a respiratory virus still lurking, they added.

In order for pubs and restaurants to re-open, operators have had to agree to extensive alterations, including screens, distancing and limited numbers at one time.

And gyms are likely to be faced with similar restrictions before they can get back up and running.