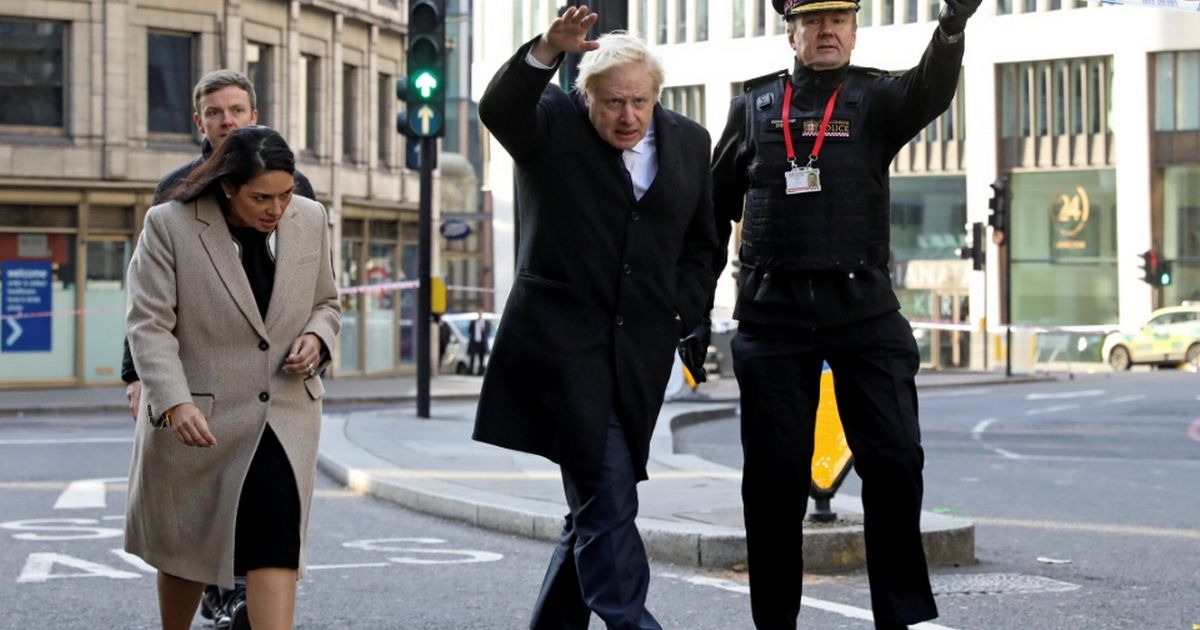 Early release for terrorists will be banned next year if Boris Johnson is reelected PM.

The Prime Minister made the promise after the convicted terrorist Usman Khan was revealed as the knifeman behind Friday’s brutal attack.

Khan was released just seven years into a 16 year sentence – without scrutiny from a parole board.

After visiting London Bridge Mr Johnson said: “What I have seen over the last 24 hours has made me angry.

“It’s clear we can’t carry on with the failed approaches of the past.”

That means an end to automatic early release for terrorists and other violent offenders.

That would mean convicted terrorists facing a mandatory 14 years and the most dangerous staying behind bars for ever.

Mr Johnson added: “The sentence announced by the judge must be the time actually served.

“These criminals must serve every day of their sentence, with no exceptions.

“That would have prevented this attack. They will help stop further attacks and these changes will be made urgently in the New Year if I am PM and have a majority in Parliament.”

Mr Johnson accompanied the police chiefs in a walkabout of the area.

The jihadist was one of nine men jailed after police uncovered a plot to attack high-profile targets including Parliament and the London Stock Exchange.

They planned to carry out a “Mumbai-style” atrocity – replicating a series of 2008 attacks on the Indian city which killed more than 160 civilians.

Questions were immediately raised over why Khan was released and why he wasn’t monitored in the run up to the attack.

London Mayor Sadiq Khan warned that Tory cuts and legal changes may have left judges and the probation services without the tools to keep the country safe.

Speaking to LBC, Mr Khan said: “As far as City Hall is concerned, we’re invested in as much as we can and I indeed did raise council tax and also business rates.

“The real challenge is to make sure we can persuade the Government to reverse the cuts they’ve made because 80% of our funding comes from central government.”

Mr Khan told BBC Radio 4’s Today programme that “you can’t disaggregate terrorism and security from cuts made to resources of the police, of probation, the tools that judges have.”

He added: “The key thing is we need to support the police and security service.

“And of course politicians can’t use trite words and trite language after a terror attack. The key thing is to remind ourselves of two things.

“First is yesterday we saw the very best of Londoners, but also, secondly, we’ve got to make sure the right lessons are learnt.”

Later Mr Khan, who prior to being a politician worked as a lawyer, warned that sentencing changes that scrapped powers to jail the most dangerous criminals for an indeterminate amount of time need to be reexamined.