Ministers were warned confusion over the Coronavirus alert level would cause “public anxiety”, days before Boris Johnson appeared to ignore the scale and announced the easing of lockdown measures.

A draft paper prepared for the Government’s SAGE scientific advisory group warned the public needed to “know what to do at a particular alert level” and how to prepare for a change.

The advice was drawn up on May 26, two days before Boris Johnson announced lockdown restrictions were to be relaxed before the alert level was reduced from four to three.

On May 28 Mr Johnson announced up to six people would be allowed to meet outside and some shops and schools would reopen from the following Monday.

At the time, Mr Johnson was still under pressure to sack Dominic Cummings, Mr Johnson’s chief advisor, over his apparent breaches of lockdown rules.

On the alert scale, Level 4 means transmission of the virus is “high or rising exponentially” – and social distancing rules were to remain in place.

But the day after Mr Johnson revealed the relaxation, Number 10 admitted scientists had not agreed to reduce the level from 4 to 3 – saying: “We’re coming down from level 4 to level 3, we hope, we’re taking a decision tomorrow.”

Chief Medical Officer Chris Whitty didn’t announce the green light had been given to reduce the alert level until June 19 – three weeks after the lockdown measures had been relaxed.

It led to widespread confusion about what the alert scale actually meant – and why Number 10 were apparently ignoring it.

In a draft paper prepared by a small group of SAGE participants, scientists said: “People need to know what to do at a particular alert level and how to prepare for a change in Alert Level.” 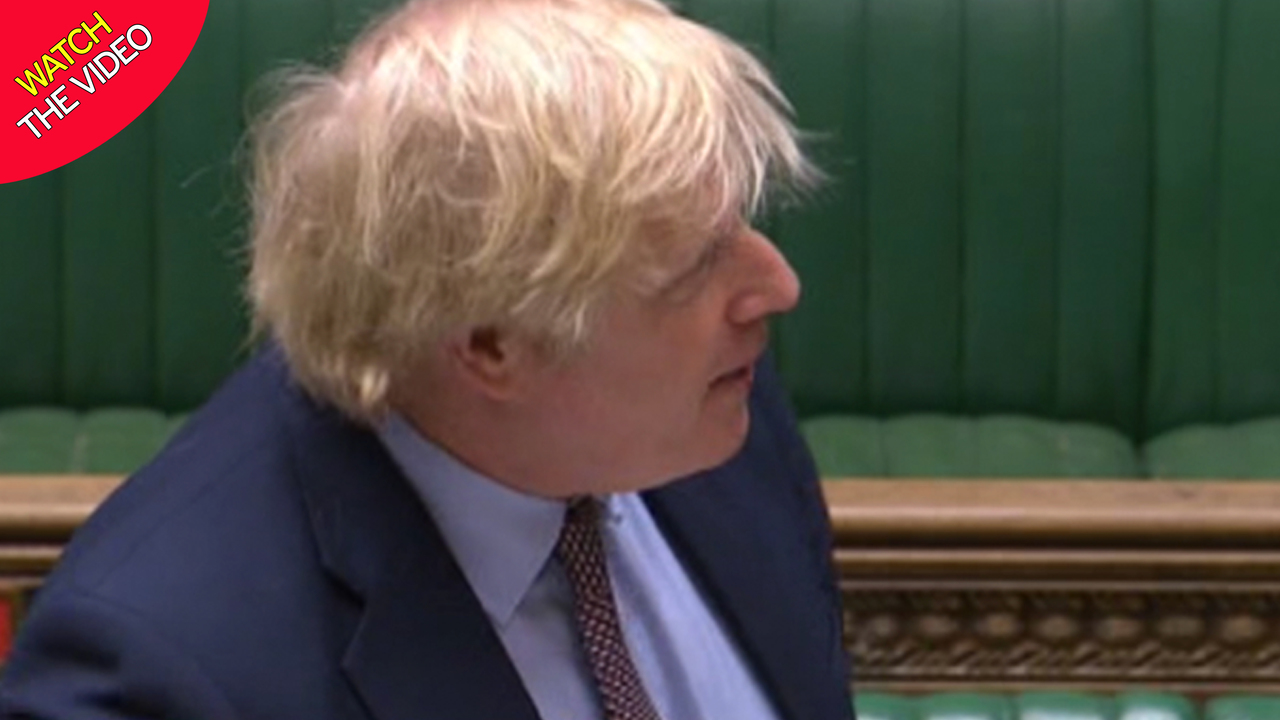 And they warned: “If it is not clear what to do when an Alert Level increases, it is expected that levels of public anxity (sic) will increase”

Since the alert scale’s introduction, Number 10 had repeatedly said the UK was at level 4, but “moving towards level 3”.

The document specifically warns against this.

“For clarity of public communications, Alert Levels should be a simple step level system with no sub-division,” it reads.

The Scientists suggested the alert level should be specifically tied to “non-pharmaceutical interventions” (NPI) – public health measures designed to reduce transmission of the virus.

These can range from hand washing to school closure, quarantine and isolation.

The key argument is that at each alert stage, the public need to know what behaviours they need to comply with – and this should be clearly outlined on the scale.

The document concludes: “We need to help the public become more able to respond to the current public health challenge and move from the initial and straightforward message and action (‘stay at home’).

“People need to be able to do different behaviours and actions at different times and places – to use their judgement in a way that is consistent with the public health need.”

Changes to the alert level are recommended by the Joint Biosecurity Centre and then signed off by the four Chief Medical Officers in the four nations of the UK.

In other words, despite  Mr Johnson  claiming for weeks that it was moving towards 3, he did not have direct power to change the alert level.

Mr Johnson said on May 10: “That Covid Alert Level will tell us how tough we have to be in our social distancing measures – the lower the level the fewer the measures.

“The higher the level, the tougher and stricter we will have to be.”

But the government later changed its tune and made clear any changes to lockdown were not based on the alert level.

Instead, No10 says lockdown changes are based on the “five tests” for easing lockdown:

This prompted a row when the government started easing lockdown in England – opening schools and shops, and letting groups of six meet outdoors – despite the high alert level.

Questioned on June 1, the PM’s spokesman claimed the government “were always clear” that changes to lockdown were based on the separate “five tests” – not the alert levels.

Coronavirus: Travellers from Belgium, Andorra, and the Bahamas must quarantine in UK