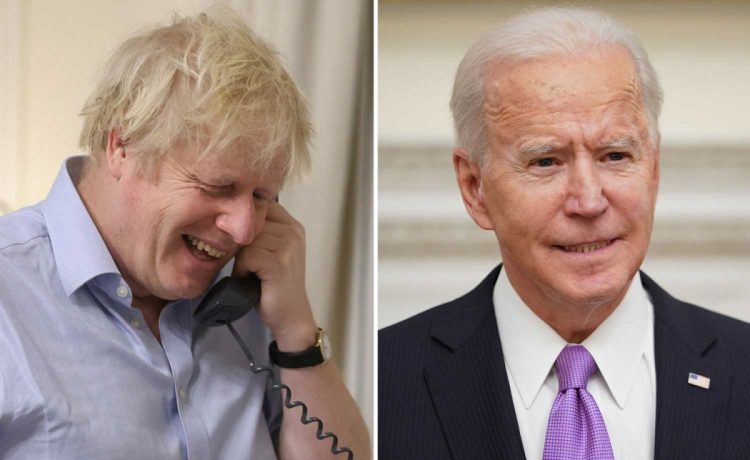 NEW US President Joe Biden phoned Boris Johnson last night in a clear sign the two countries’ “special relationship” is as strong as ever.

The Prime Minister is the first European leader to receive a call from the White House chief.

Mr Johnson told Mr Biden that his election was a “moment of hope” in a dark time for the whole world.

It confirms Britain is still high on America’s priority list — even in the post-Trump era.

The call, which Mr Johnson took in his Downing Street office, lasted 35 minutes and was described by a source as “very warm, friendly and wide-ranging”.

The PM enthusiastically welcomed the “fantastic initial announcements” from the Biden administration.

He said he was looking forward to meeting the President at the G7 summit near St Ives, in Cornwall, in June.

And he added: “I look forward to deepening the alliance between our two countries as we drive a green and sustainable recovery from Covid.”

Mr Biden earlier apologised to National Guard soldiers who had to sleep in a car park after his inauguration.

Around 25,000 guardsmen were on duty in Washington DC for the ceremony, but some were later pictured in an underground garage.

Troops were told by Capitol Police they could not take breaks in the building.

Boris Johnson hails Biden inauguration a ‘step forward for the US’