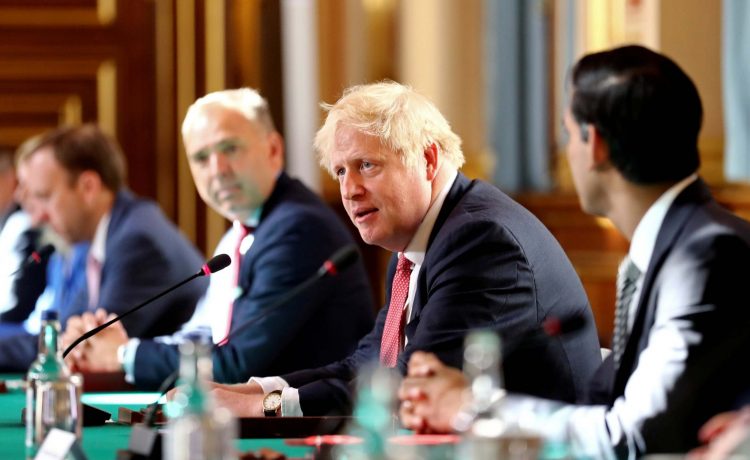 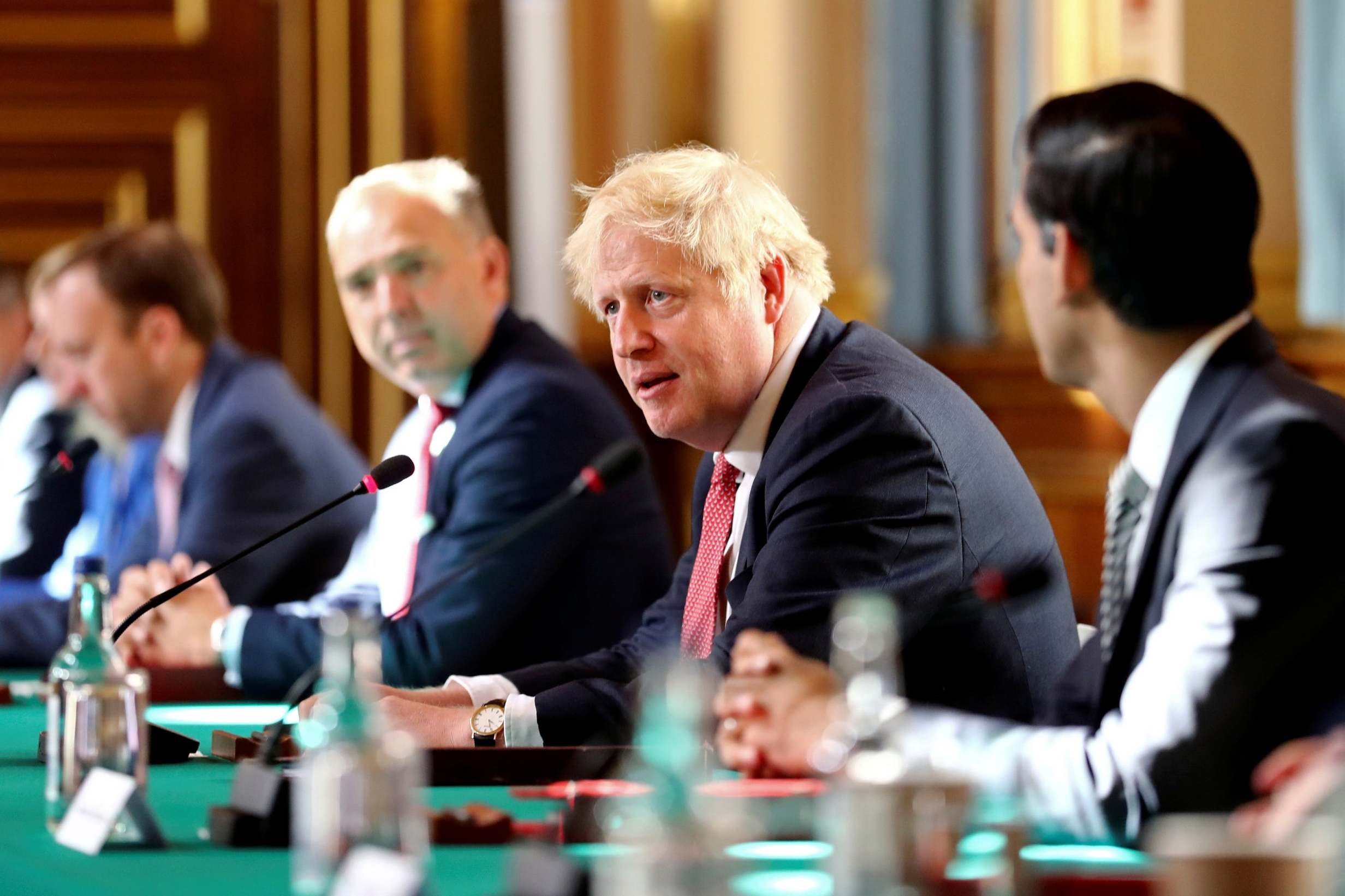 Boris Johnson today held the first face-to-face meeting of the Cabinet in four months as the Government tries to get more people back into work to kick-start the economy.

Senior ministers, who did not wear masks, met in the Foreign and Commonwealth Office rather than the smaller Cabinet room in Downing Street to allow for social distancing.

The meeting discussed NHS winter preparations and the union, but took place as a row erupted over nurses’ pay.

Chancellor Rishi Sunak has announced a slate of salary rises for public sector workers on the coronavirus frontline. The above-inflation increase announced today will see almost 900,000 workers benefit, according to the Treasury.

Teachers and doctors will get the largest rise at 3.1 per cent and 2.8 per cent respectively. But nurses have not been included as their pay is negotiated separately.

“Telling them to wait until next year is not acceptable — nursing staff deserve a fair pay rise now.”

She said they had written to ministers weeks ago calling for discussions on a fully funded pay rise for NHS staff.

Asked on LBC Radio why there had been no pay rise announced for nurses, Home Office minister Kit Malthouse said: “Nurses are in the middle of a three-year pay settlement … which was agreed back in 2018 … that has seen significant rises in starting salaries for nurses, I think on average about a 4.4 per cent rise each year for them. They are part of a separate deal.”

He also said social care workers would have to rely on increases in the minimum wage to improve their pay levels because the majority were paid in the private sector.

He told BBC Radio 4’s Today programme: “What we have done is raise the level of the minimum wage very significantly over the last few years to get it up towards the £10.50 mark. That, we hope, will push through into these private sector jobs.”

The Chancellor also today launched the 2020 Comprehensive Spending Review with a warning of “tough choices” ahead — signalling future cuts. The review, which will be published in the autumn, will set outspending plans for the next three years.

A statement on the Treasury’s website said departments “have been asked to identify opportunities to reprioritise and deliver savings”.