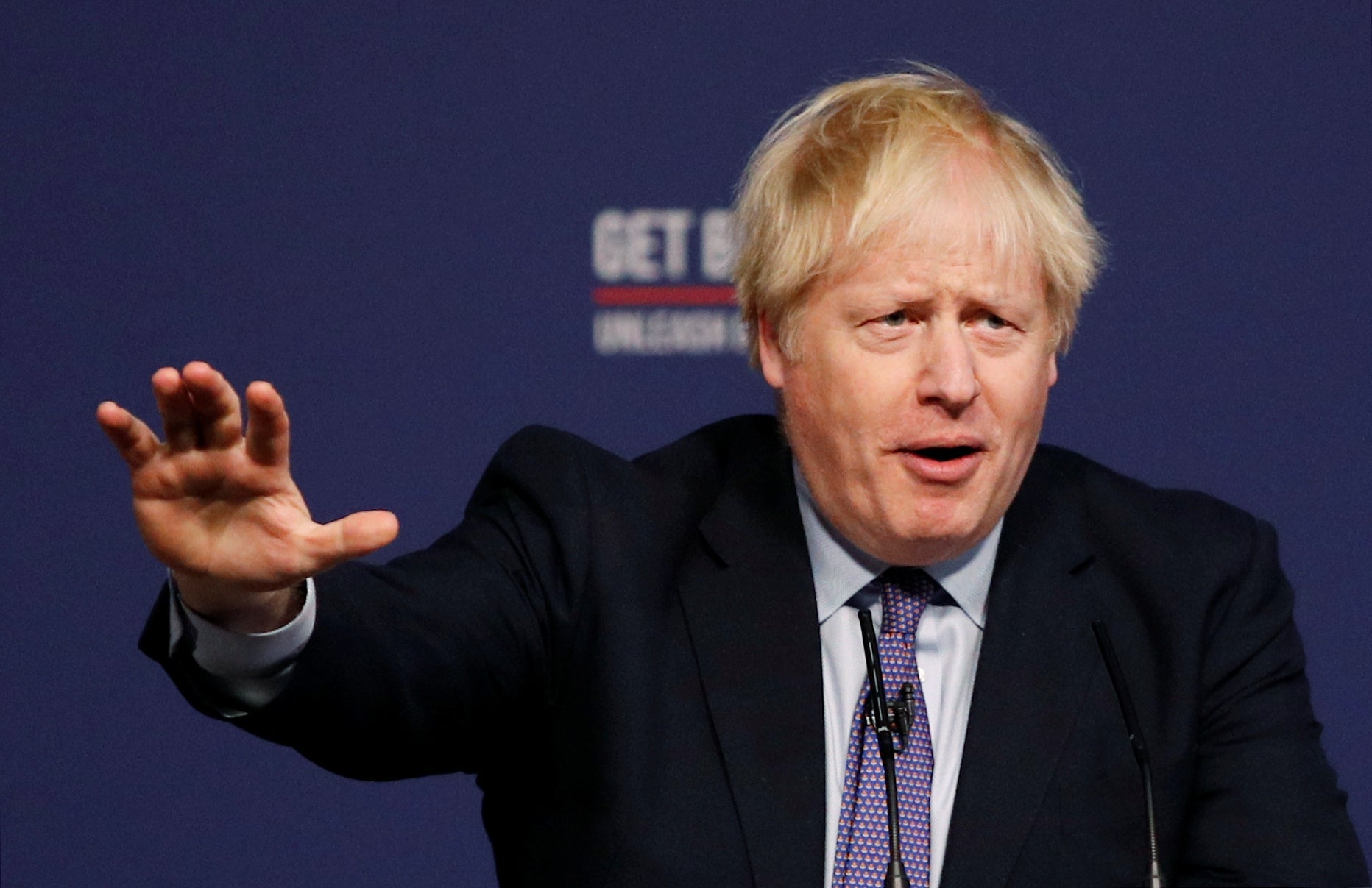 Boris Johnson has apologised for the “hurt and offence” that has been caused by Islamophobia within Conservative ranks.

Speaking at the Goonhilly Earth Station in Corwall, the Prime Minister told reporters: “Obviously whenever we have an incident of anti-Semitism or Islamophobia or whatever in the Conservative Party, we take a zero-tolerance approach.

“We have a one bounce and we deal with it approach to this.

“We are going to have an independent inquiry into Islamophobia, anti-Semitism, every manner of prejudice and discrimination, and it will start before Christmas.”

Asked if he apologised for the Islamophobia that has taken place in the Tory party, he replied: “Of course and for all the hurt and offence that has been caused – of course we do.

“All that is intolerable and it’s so important as a country that we don’t allow that kind of thing, and that’s why we’re going to have the independent inquiry.”

It comes as Labour Leader Jeremy Corbyn faces further intense pressure to apologise to the Jewish community amid criticism of his handling of anti-Semitism complaints.

Earlier on Wednesday, a long-serving Conservative Parvez Akhtar called on Mr Johnson to “unequivocally apologise” for comments he made about Muslim women, as he accused the party of a “Muslim blind spot”.

He said the “hurt and anger” caused by Mr Johnson’s words had become “increasingly obvious” during his campaign trail, as he fights to win over the 30 per cent Muslim seat.

He said the PM’s comments had “reinforced the widely held view that the Conservative Party has a blind spot when it comes to Muslims.”

While Mr Johnson apologised for Islamophobia in Tory ranks, he remained silent about his own comments on Muslim women.

“During my campaign for Luton South where 30% of the population is Muslim, it has become increasingly obvious, the hurt and anger that has been caused by the comments of the Prime Minister about Muslim women.

“This view is further exacerbated by the fact that the Prime Minister refuses to apologise for those comments.”

Mr Akhtar, a former mayoral candidate for Bedford, then criticised Mr Johnson for failing to hold an independent enquiry into Islamophobia, “despite committing to it on live television.”

He continued: “As a loyal and long serving member of the Conservative party, it is very difficult for me to raise this because I passionately believe that a Conservative government is the best thing for our country including for Muslim communities.”

However, he said: “I can no longer remain silent as I would be complicit in the blatant discrimination which exists not only within the party towards individuals but also when it comes to the policy agenda.

100,000 a day register in final rush to beat voting deadline


“I am therefore calling on the Prime Minister to unequivocally apologise for his comments about Muslim women and agree to hold a full independent enquiry into islamophobia within the Conservative Party.”

It comes after chancellor Sajid Javid refused to condemn the party leader for his use of offensive language in last year’s newspaper column, during a campaign event in Bolton on Monday.

Asked directly whether he would use a term like “letterbox” or “bank robber” to describe a Muslim woman, the cabinet minister said: “The prime minister himself has been asked that question a number of times and he explained why he used that language – it was to defend the rights of women, whether Muslim women or otherwise.

“So he’s explained that and given a perfectly valid explanation.”

READ  Budget 2020: Shapps says that the budget could be delayed
Share on FacebookShare on TwitterShare on PinterestShare on Reddit
newsgrooveNovember 27, 2019